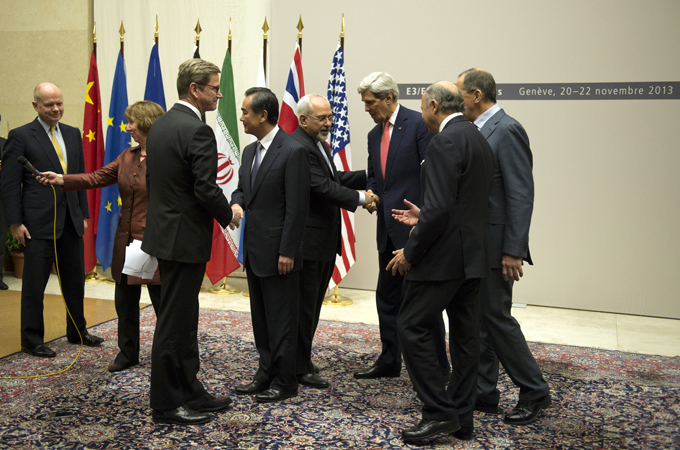 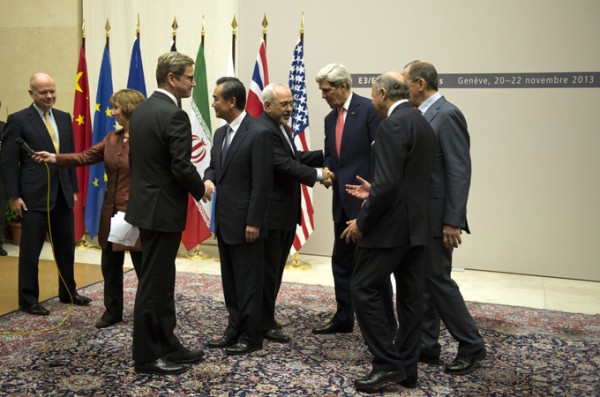 As details slowly emerge about the interim agreement between Iran and world powers over Tehran’s controversial nuclear program, major questions remain over how the deal will impact Iranian foreign relations with both Western and regional states.

United States President Barack Obama called the deal reached on Sunday in Geneva an “important first step” towards easing international concerns over Iran’s nuclear program, while Iranian President Hassan Rouhani said that “the elimination of obstacles in the face of the Iranian nation is of great value”.

The statements reflect a potential rapprochement between Washington and Tehran, but does the agreement truly mark the beginning of the US’ realignment towards Iran?

How will the deal impact political alliances and rivalries in the region, particularly the strained relations between Iran and US-allied Saudi Arabia and Israel, who have staunchly opposed the agreement?

How will Iran’s influence in the region be affected, especially in relation to the ongoing war in Syria?

Relations with the United States

Iran and the United States cut diplomatic relations short after the 1979 hostage crisis, when Iranian students and activists held US embassy staff and citizens after storming the embassy in Tehran.

In recent years, the major dispute between the two countries has been over Iran’s nuclear program. Iran says it is meant only for peaceful purposes, while the US insists the program is aimed at developing a nuclear weapon.

The US trade embargo on Iran was initially imposed in 1995 by then-US President Bill Clinton, in response to what he called Iranian state sponsorship of “terrorism” and its “hostility” to the Middle East peace process.

US sanctions have, however, been tightened in recent years, as the US attempts to leverage the economic impact of the sanctions as part of its prevention-rather-than-containment strategy.

But the election earlier this year of a more moderate Iranian President, Hassan Rouhani, was seen by many as a positive first step in mending ties between Tehran and Washington, and bridging the gap over the country’s nuclear program.

In September, US President Barack Obama spoke to Rouhani by telephone in the highest-level contact between the two countries in over three decades.

US Secretary of State John Kerry said Sunday the US would maintain its close relationship with Israel despite the agreement. Israel has been a vocal opponent to diplomatic initiatives to stall Iran’s nuclear program, forcing Washington to balance between appeasing Israeli security concerns, and gaining Iran’s trust.

The Associated Press reported Sunday that the US and Iran secretly engaged in high-level, face-to-face talks at least three times in the past year. The negotiations were kept secret from even the US’ closest allies, including its negotiating partners, until two months ago.

The secret meetings are believed to have laid the groundwork for the interim agreement signed Sunday.

Relations with the European Union

Senior European leaders and diplomats participated in the P5+1 talks – which brought Iran together with representatives of the United States, Russia, China, United Kingdom, and France, plus Germany – and led to the interim agreement.

The EU largely follows the US’ lead on relations with Iran, however. The EU has maintained economic sanctions against Iran, for example, and imposed restrictions on trade and contact with the state.

France took a tougher stance on Iran during a previous round of negotiations that ended on November 10. French President Francois Hollande also assured Israel during a three-day visit this month that France would oppose easing economic sanctions on Iran until it received guarantees that it stopped pursuing a nuclear weapon.

The EU is Iran’s main trading partner with trade in goods amounting to $16.6 billion in 2012.

Closer ties between the EU and Iran, and an easing of economic sanctions, could mean a boost in this economic cooperation.

Israel, a staunch US ally, opposed engaging in negotiations with Iran from the start, and warned world leaders against signing an agreement that would allow the Islamic Republic to retain much of its nuclear capabilities while easing economic sanctions.

Israel has said it is ready to act unilaterally to stop Iran from acquiring nuclear weapons, hinting at a potential military strike.

The issue has been a sticking point in Israel’s relationship with the US, which has urged restraint on the military front.

Israel is widely believed to have the only nuclear arsenal in the Middle East, but has never confirmed nor denied it possesses nuclear weapons.

Asked about Israel’s concerns over the deal Sunday, Iranian Foreign Minister Javad Zarif said: “This agreement is geared towards resolving a problem that has had its shadow cast over the entire world, and over our region. So I do not see any justification whatsoever to be concerned about [the] resolution of a problem.”

Closer Iranian-US relations have the potential of further upsetting Israel, which continues to say that Iran should not be trusted. It could also have a negative impact on Israel-US relations, which are already under stress as US-brokered peace talks between Israelis and Palestinians continue to flounder.

The strengthening of Iran-US ties could have the opposite effect, however, and push an isolated Israel towards finally reaching a peace agreement with neighboring Arab states, or joining countries with which it shares common interests, and want to act as a counterbalance to Iranian ambitions in the region.

The Iranian government has been one of the main supporters of President Bashar al-Assad’s government in Syria, saying the civil war is an internal matter and vocally opposing US military intervention into the conflict.

The two countries have a long history of economic and geostrategic ties. Iran allocated massive sums of money for investments in Syrian infrastructure for decades. This includes building gas pipelines to pump Iranian resources across the region.

Since the Syrian war broke out in March 2011, however, Iran’s support for the Syrian government has led to increased tensions with neighboring Lebanon, where spillover from the ongoing war in Syria has increased sectarian tensions in the country, and strained Lebanon’s infrastructure.

Last week, two suicide bombers detonated explosives in front of the Iranian embassy in Beirut, killing 25 people, including a senior Iranian diplomat. A Lebanese group linked to al-Qaeda claimed responsibility for the blasts, saying it was a “message of blood and death” to Iran and Hezbollah, both Assad supporters.

Meanwhile, Hezbollah chief Sayyed Hassan Nasrallah said earlier this month the only alternative to an agreement between Iran and the West was regional war, and that his party would emerge stronger from any deal over Iran’s nuclear program.

Iran supported Hezbollah in its early years, providing the group with military training and equipment, often through Syrian intermediaries. “If there is understanding, our side will emerge stronger locally and regionally,” Nasrallah said.

But both the al-Assad government in Syria and Hezbollah, are vocal critics of US policy and allies in the region, including Saudi Arabia and Israel. They may view warming relations between Tehran and Washington with suspicion, and strain their alliances with Tehran.

Better US-Iran relations may mean more flexibility for al-Assad’s government, however, as Iran is expected to play a large role in securing an internationally-brokered agreement to end the conflict in Syria.

The US’ traditional allies in the Gulf fear that the deal could also signal a shift in favor of Iranian-backed policies and power in the Middle East, and boost al-Assad, Hezbollah, the Iraqi government of Nuri Al-Maliki, and other Shia groups in the region.