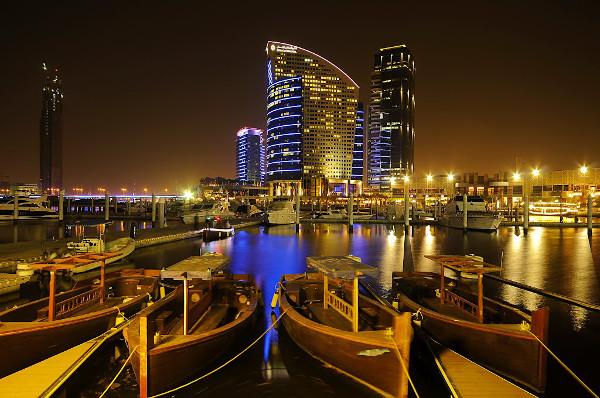 By: Bernardo Vizcaino and Mirna Sleiman

From cosmetics to accommodation, travel to toothpaste, complying with religious principles is becoming big business in the Muslim world, and Dubai, better known for flamboyance and unrestrained consumerism than Islamic scholarship, sees an opportunity.

The emirate is mounting the world’s first systematic drive to profit from “halal” goods and services by setting global standards for them and providing certification where the standards are met.

In January Dubai’s ruler, Sheikh Mohammed bin Rashid al-Maktoum, announced plans to make the emirate a center of the “Islamic economy“. Next week, Dubai will host a conference on the subject that it is expected to attract over 2,000 officials, businessmen and consumers from around the world.

It might sound like a hard sell for a city where alcohol and bikinis loom large in the lives of some of its foreign residents and millions of tourists who visit each year, but the emirate, already the Gulf’s top financial center and a merchandise trade hub, may have the business acumen and international connections to pull it off.

In fact, it may succeed precisely because of its cosmopolitan culture. Standards set in stricter countries such as Saudi Arabia might struggle for acceptance in more liberal societies such as Malaysia; Dubai may be best placed to take a middle path acceptable to most of the world’s 1.6 billion Muslims.

“Dubai’s economy hinges on its maintenance of coexistence among faiths,” said Jim Krane, a fellow at Rice University’s Baker Institute for Public Policy in the United States, and author of “City of Gold: Dubai and the Dream of Capitalism”.

“That makes Dubai an ideal testing ground for halal standards. If halal standards are too restrictive and impinge on social freedoms, they might hurt business.”

A decade ago the term “halal”, an Arabic word meaning “permissible”, was applied mostly to the food eaten by Muslims. Increasingly it is also being used to describe a range of products and services, including high fashion, toiletries, medicine, hotels and tourism, entertainment and education.

Halal toothpaste and medical products do not include alcohol or animal derivatives from banned sources, such as pigs, or cattle slaughtered in an improper way. Halal fashion means clothes that are both modest and trendy.

For women crowded round a counter in a glitzy Dubai mall, one nail varnish had the appeal of being “breathable”, letting moisture and oxygen pass through, so the wearer could properly wash as required before prayers.

“I’ve been waiting for such a product for so long,” said Mai Elsakhawy, an Egyptian resident of Dubai in her early 30s. “I can now wear my nail polish without violating my religious beliefs and affecting my prayers.”

Some of the growing emphasis on halal products may be due to increased piety in parts of the Muslim world. For some people it has become a consumer trend, encouraged by companies advertising new products to stimulate demand.

Nobody knows how much of the Muslim world’s spending will become halal, but a report to be released next week by Thomson Reuters and DinarStandard, a New York advisory firm that focuses on emerging Muslim markets, estimates Muslim consumer spending on food and lifestyles totaled $1.62 trillion in 2012.

“The real development that is happening now, and which is the big opportunity, is that halal is now a lifestyle segment,” said Rafi-uddin Shikoh, chief executive of DinarStandard.

“The underlying business proposition is a large customer segment that is increasingly making purchasing decisions that include, among other attributes, Islamic principles.”

With a population of 2.2 million and a limited manufacturing base, Dubai cannot hope to make the bulk of halal products itself. So it is developing design and accreditation standards for them, hoping that the standards will become used globally.

If that happens, Dubai’s economy may benefit as multinational firms serving Muslim markets base research and marketing operations in the emirate. This could in turn prompt them to raise money in Dubai’s Islamic capital markets.

“Dubai, and for that matter any center that is focusing on the developing halal market, will see various economic and financial by-products,” said Shikoh.

Currently, halal certification for food and other products is fragmented around the world, with companies seeking separate approvals in the individual markets they deal with.

Dubai aims to operate a globally accepted certification process that would be easier and cheaper. The emirate’s government plans to open an international laboratory and accreditation center in the first quarter of next year.

“Our prime objective is with UAE (United Arab Emirates) companies, but our accreditation is international – it can be used anywhere else.”

Mohammed said Dubai was talking to other accreditation bodies around the world in an effort to create a commonly recognized halal label that could be attached to products. The emirate will offer to train personnel conducting Islamic certification and quality testing in other countries.

Among service industries, Dubai may have an advantage in its tourism industry, which is already the Gulf’s most vibrant. In the last few years, some hotels have begun marketing themselves as halal. This can mean little more than alcohol-free premises, but some hotels offer facilities such as women-only floors.

Dubai-based Hospitality Management Holdings, which runs 20 alcohol-free hotels across the Middle East, said they were appealing to many non-Muslims who were looking for family-friendly accommodation. About 50-60 percent of its customers in Dubai are non-Muslims, the company said.

Other areas in which Dubai aims to court Islamic business include halal industrial parks – communities of halal-oriented businesses that have already been developed in Malaysia.

It also hopes to develop a set of standards for halal corporate governance, covering issues such as information disclosure. It is believed to be one of the first times that a government is trying to formalize Islamic guidelines for the behavior of corporations other than banks and insurers.

Krane said Muslims around the world would take some convincing that a “certified halal in Dubai” label was legitimate, but noted the emirate’s strong business record.

“This is not a niche like diamonds or beach volleyball. It is a sensitive task that affects more than a billion Muslims around the world,” he said.

“However, Dubai is good at selling things. It sold houses while their building sites were in the open sea. If anyone can mount a convincing sales campaign, it is Dubai.”