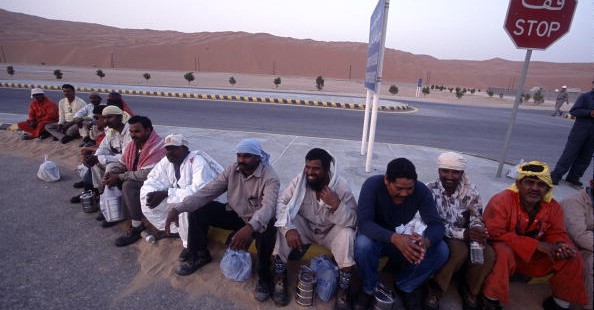 Garbage is piling up on streets around the mosque housing the burial site of the Prophet Muhammad. Grocery stores have shut their doors and almost half of Saudi Arabia’s small construction firms have stopped working on projects.

The mess is because foreign workers on which many businesses rely are fleeing, have gone into hiding or are under arrest amid a crackdown launched Nov. 4 targeting the kingdom’s 9 million migrant laborers. Decades of lax immigration enforcement allowed migrants to take low-wage manual, clerical and service jobs that the kingdom’s own citizens shunned for better paying, more comfortable work.

Now, authorities say booting out migrant workers will open more jobs for citizens, at a time when unemployment among Saudis is running at 12.1 percent as of the end of last year, according to the International Monetary Fund. But the nationalist fervor driving the crackdown risks making migrant workers vulnerable to vigilante attacks by Saudis fed up with the seemingly endless stream of foreigners in their country.

Since the Saudi government began issuing warnings earlier this year, hundreds of thousands of foreign workers have been deported, though some were able to avoid arrest by getting proper visas in an amnesty program. That amnesty ended last week, and some 33,000 people have since been placed behind bars. Others have gone into hiding.

About 40 percent of small construction firms in the kingdom also have stopped work because their foreign workers couldn’t get proper visas in time, Khalaf al-Otaibi, president of the World Federation of Trade, Industry and Economics in the Middle East, told Arab News.

Saudis say dozens of businesses like bakeries, supermarkets, gas stations and cafes are now closed. They say prices have also soared for services from mechanics, plumbers and electricians.