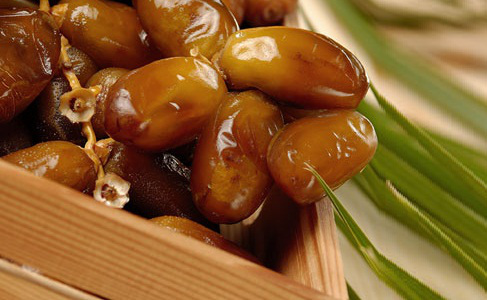 For the past year, Stuart Adams has been fasting twice a week. While he has lost 15 pounds, the real reason he’s depriving himself is to stave off brain disorders including schizophrenia and Alzheimer’s disease.

“There’s a virulent strain of madness running through my family, and I reckoned my chances of going down that route were pretty high,” said Adams, 43, a freelance translator and interpreter in London who learned of a possible link between Alzheimer’s and diet while watching a BBC documentary last year. “Anything that could help with that was of great interest.”

Fasting two or more days a week is catching on as people seek ways to avoid a range of ailments linked to obesity from dementia to cancer. Building on promising findings in studies of mice by the U.S. National Institute of Aging, researchers are planning the first studies in humans of fasting’s potential to stave off the onset of Alzheimer’s. That disease is just one of many in which scientists are making progress understanding how fasting may help prevent illness.

Because there is no cure for Alzheimer’s, which afflicts more than 35 million people, any possibility of prevention holds huge potential. Adams was inspired to try the diet last year after the BBC documentary called “Eat, Fast & Live Longer” cited a study in mice that suggested intermittent fasting could delay the onset of cognitive disorders.

The study was led by Mark Mattson, professor of neuroscience at Johns Hopkins University in Baltimore and senior investigator at the U.S. National Institute of Aging. Mattson is planning a new project to measure how fasting twice a week for two months affects human brain function and early signs of Alzheimer’s.

While this and other similar diets are gaining in popularity even as they spawn a steady outpouring of new books on the subject, some experts have doubts.

“This is part of a never-ending carousel of diet books,” said Kelly Brownell, former director of the Rudd Center for Food Policy and Obesity at Yale University and now dean of the Sanford School of Public Policy at Duke University. “Some people will go on it, and because they’re cutting their calories, they will be successful. There will be some buzz and then the diet will go away, never to be heard of again.”

Nonetheless, the studies and the books keep coming. Another examination into the fasting-dementia link will be led by Krista Varady, an associate professor of kinesiology and nutrition at the University of Illinois at Chicago. Her research focuses on alternating a normal diet with eating 500 or 600 calories every other day. Nutritionists recommend men consume about 2,500 calories a day and women 2,000 calories.

While research on fasting diets and dementia still has a long way to go, the early evidence is promising. The mouse study led by Mattson found that intermittent fasting may have protected the function of brain cells, even if it didn’t reduce levels of the plaque and tangles that are typical signs of Alzheimer’s. Mattson’s earlier study suggested that fasting increased production of a protein called brain-derived neurotrophic factor, or BDNF, which enhances learning and memory.

At the same time, fasting is increasingly seen as playing a role in the prevention of other diseases including breast cancer and diabetes. That’s paved the way for a flurry of how-to books including Varady’s “The Every-Other-Day Diet,” which goes on sale Dec. 24. Competing with that is “The Fast Diet” by science journalist Michael Mosley, who was behind the BBC documentary Adams watched, and lifestyle writer Mimi Spencer. Their regimen is known as the 5:2 diet.

There’s also “The 2-Day Diet” by dietitian Michelle Harvie and Tony Howell, a professor of oncology at the University of Manchester in England. Their approach was developed specifically to help prevent breast cancer, for which obesity is a known risk factor.

“In general, intermittent fasting is a good thing if it’s done properly,” said Dean Ornish, a professor of medicine at the University of California at San Francisco and a physician consultant to former U.S. President Bill Clinton. “But if you’re already eating very healthily, then you may not need to do that.”

Unlike Mosley’s 5:2 diet and other copycats, where “no foods are off-limits” on the non-fasting days, Harvie and Howell’s “2-Day Diet” calls for a Mediterranean diet for five days and two consecutive days of eating from 600 to 1,000 calories and no more than 40 grams of carbohydrates.

In a study conducted with Mattson and published this year, they found the two-day diet led to greater drops in body fat and insulin resistance in women with high breast-cancer risk after three months, compared with a diet where calories are cut every day, suggesting that intermittent fasting is an easier approach to follow.

Howell is also analyzing results from a study looking at how the diet switches some breast genes on or off in women with high cancer risk.

The bottom line, though, is that any fasting diet needs to be undertaken thoughtfully, including eating healthy foods on non-fasting days, Harvie said. She also believes more research is needed on fasting’s long-term benefits and sustainability.

“The science definitely needs to catch up with the hype,” she said in an interview in Manchester. “There is something there, but we need to get it right.”