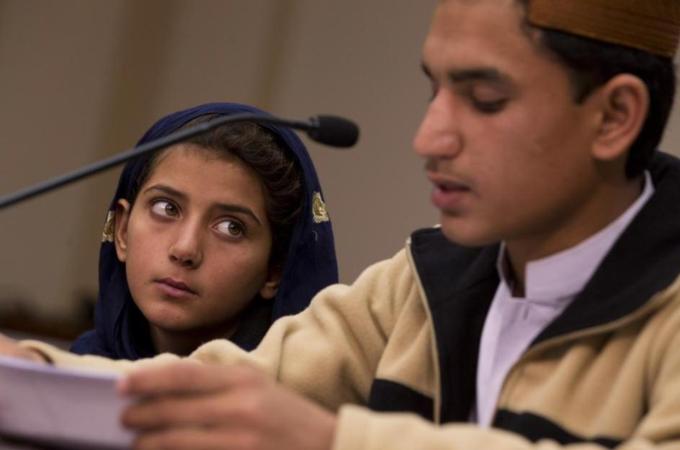 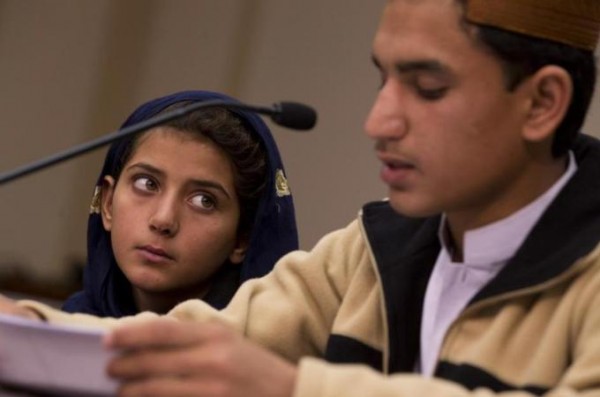 On October 24, 2012 a Predator drone flying over North Waziristan came upon eight-year old Nabila Rehman, her siblings, and their grandmother as they worked in a field beside their village home. Her grandmother, Momina Bibi, was teaching the children how to pick okra as the family prepared for the coming Eid holiday. However on this day the terrible event would occur that would forever alter the course of this family’s life. In the sky the children suddenly heard the distinctive buzzing sound emitted by the CIA-operated drones – a familiar sound to those in the rural Pakistani villages which are stalked by them 24 hours a day – followed by two loud clicks. The unmanned aircraft released its deadly payload onto the Rehman family, and in an instant the lives of these children were transformed into a nightmare of pain, confusion and terror. Seven children were wounded, and Nabila’s grandmother was killed before her eyes, an act for which no apology, explanation or justification has ever been given.

This past week Nabila, her schoolteacher father, and her 12-year-old brother travelled to Washington DC to tell their story and to seek answers about the events of that day. However, despite overcoming incredible obstacles in order to travel from their remote village to the United States, Nabila and her family were roundly ignored. At the Congressional hearing where they gave testimony, only five out of 430 representatives showed up. In the words of Nabila’s father to those few who did attend: “My daughter does not have the face of a terrorist and neither did my mother. It just doesn’t make sense to me, why this happened… as a teacher, I wanted to educate Americans and let them know my children have been injured.”

The translator broke down in tears while recounting their story, but the government made it a point to snub this family and ignore the tragedy it had caused to them. Nabila, a slight girl of nine with striking hazel eyes, asked a simple question in her testimony: “What did my grandmother do wrong?” There was no one to answer this question, and few who cared to even listen. Symbolic of the utter contempt in which the government holds the people it claims to be liberating, while the Rehmans recounted their plight, Barack Obama was spending the same time meeting with the CEO of weapons manufacturer Lockheed Martin.

It is useful to contrast the American response to Nabila Rehman with that of Malala Yousafzai, a young girl who was nearly assassinated by the Pakistani Taliban. While Malala was feted by Western media figures, politicians and civic leaders for her heroism, Nabila has become simply another one of the millions of nameless, faceless people who have had their lives destroyed over the past decade of American wars. The reason for this glaring discrepancy is obvious. Since Malala was a victim of the Taliban, she, despite her protestations, was seen as a potential tool of political propaganda to be utilized by war advocates. She could be used as the human face of their effort, a symbol of the purported decency of their cause, the type of little girl on behalf of whom the United States and its allies can say they have been unleashing such incredible bloodshed. Tellingly, many of those who took up her name and image as a symbol of the justness of American military action in the Muslim world did not even care enough to listen to her own words or feelings about the subject.

As described by the Washington Post‘s Max Fisher:

Western fawning over Malala has become less about her efforts to improve conditions for girls in Pakistan, or certainly about the struggles of millions of girls in Pakistan, and more about our own desire to make ourselves feel warm and fuzzy with a celebrity and an easy message. It’s a way of letting ourselves off the hook, convincing ourselves that it’s simple matter of good guys vs bad guys, that we’re on the right side and that everything is okay.

But where does Nabila fit into this picture? If extrajudicial killings, drone strikes and torture are in fact all part of a just-cause associated with the liberation of the people of Pakistan, Afghanistan and elsewhere, where is the sympathy or even simple recognition for the devastation this war has caused to countless little girls such as her? The answer is clear: The only people to be recognized for their suffering in this conflict are those who fall victim to the enemy. Malala for her struggles was to be made the face of the American war effort –  against her own will if necessary – while innumerable little girls such as Nabila will continue to be terrorized and murdered as part of this war without end. There will be no celebrity appearances or awards ceremonies for Nabila. At her testimony almost no one even bothered to attend.