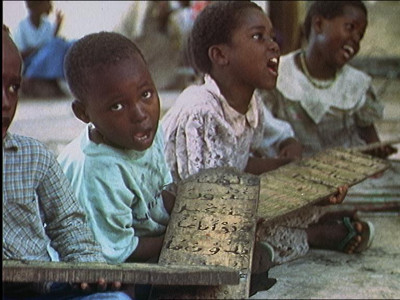 During the summer I was in Beni, North Kivu researching armed groups and local instability and training Congolese journalists. I was the only foreign reporter in the region and I interviewed the Imam of the local mosque on several occasions. He told me that I was the only person from outside the community who had ever bothered to come and speak to him. Any communication that he had with the authorities was initiated by him. No-one, neither MONUSCO (the UN mission in the Congo), Congolese military nor police, foreign NGOs or journalists, not even local peace-builders, had made any attempt to contact him despite the long term presence of an allegedly Islamic rebel group – ADF-NALU – in the area. This rebel group has forged alliances with other militias and has been responsible for endless killing, abductions and illegal trade and yet the local (peaceful) Muslim community were invisible to everyone. As I reported at the time, they were very afraid of being targeted in a backlash provoked by the increasingly shrill cries of al-Shabaab being responsible for the recent resurgence of ADF attacks.

Islam arrived in the Congo in the 19th century via Swahili-Arab traders from east Africa. Their main interest was not religious but commercial as they sought the riches of ivory, gold and the slave-trade. The most famous of these traders was Tippo Tip, a Zanzibari who became notorious for his trans-African expeditions, ruthlessness and wily power plays with the vanguard of European colonialism. The Belgian King Leopold even made him governor of Stanley Falls (now Boyoma Falls) near Kisangani. However, as Belgian colonialism took hold the Swahili-Arabs were effectively conquered and suppressed.

Islam in the Congo then became submerged until the 1920s when Islamic civil society organizations began to appear and the first Quranic schools were opened. However, beyond these small murmers they were excluded from mainstream schooling which was Christian and there was no possibility for them to partake in public life. Even after independence, Congolese Muslims were marginalized and Islam was never formally recognized by the state.

Recent estimates by the US State Department suggest that Muslims constitute around 10% of the Congolese population. They are principally Sunni although there is a sizeable Shia population in Kinshasa and a small percentage of Ahmadis (Ahmadiyya) which is an Islamic reformist movement that originated in colonial India.

The highest profile Muslim organization is COMICO (Communauté Islamique en République Démocratique du Congo) which was founded in 1972 during Mobutu Sese Seko’s dictatorship. However, since then Islamic civil society organizations have mushroomed and include women’s groups, education and health organizations, and post-conflict support and reconstruction organizations.

These days most Muslim schools in the DR Congo are not Qur’anic and are open to children of other faiths. One of the few academic studies of Congolese Muslim schools noted that they may employ non-Muslim teachers and apart from religious teaching were not noticeably different from any other Congolese school. Muslims parents who want a more rigorous Qur’anic education for their children tend to arrange it as an extra-curricular activity. All of which seems to indicate that Islam in the Democratic Republic of Congo is neither orthodox nor closed, and despite their near invisibility in demographic and development studies, has a lot to offer in national reconstruction.

In a statement to the US embassy in Kinshasa, the Grand Imam Abdala Mangala Luaba, the leader of COMICO, expressed his concerns of the impact of poverty in breeding radical tendencies but noted that: “the tolerant nature of the Congolese Islamic faith will reduce the chances of extremist tendencies emerging in the DRC.” He was responding to American outreach to Congolese Muslims that began after President Obama’s infamous Cairo speech in 2009 that was supposed to signal a shift in US relations with the wider Muslim world after former president George W Bush’s disastrous policies. The US interest in Congolese Muslims arrived shortly after a funding offer from Iran which COMICO rejected.

The Imam of Beni

The Imam of Beni, Musa Angwandi, is the leader of approximately 35,000 Muslims in Beni Territory. He was elected to his role by all the community in 2009 and when his 5 year mandate expires he had originally intended to step down. Now he feels that the problems the community faces are so intense that he will need to seek re-election. He is a bank manager and an educated man amongst a community of peasant farmers and artizans who he describes as polite and orderly but mostly barely literate.

He tells me that before the Congolese army launched Operation Rwenzori, their offensive against the ADF rebels in 2010, there were few problems and life was very different. The ADF would come into town, do their business and leave without causing problems. After this everything changed and as the ADF reignited their fighting, Muslims began to be intimidated in the community and abused by the government.

Now he says the community is very stressed, they are accused of things they haven’t done and he is afraid that if they are further intimidated they may take things into their own hands. His fear is that if this happens he will lose his authority and will no longer be able to manage the situation: “then people will want to join the rebels.” If the community feels secure and they can ask for support, he says he can stop them being manipulated.

He worked hard to build bridges, proactively collaborated with the local authorities and denounced rebel accomplices. “The Muslim community trust me, they elected me and they know I have worked to build good relations with the local government, sometimes I can have someone put in jail and this helps me keep them under control.” However the outreach was all one-way traffic and no-one ever came to him until he called Ramadan on the local radio. I went to meet the Imam repeatedly and he tells me that a FARDC (Congolese army) commander I interviewed and questioned about Muslims in Beni heard him on the radio the next day and called to see if there were any problems: “At last something is going well and FARDC are paying attention.”

However, after the ADF attacked the town of Kamango towards the end of Ramadan causing 60,000 people to flee across the nearby border with Uganda, small contradictions emerge. During one of my many forays into the bush I see an abandoned mosque near Eringeti and when I ask the reason why it is no longer used I am told that the worshippers were chased away and pigs heads were left on the steps. As is so often the case with Congo stories, deeper digging reveals that this was less a tale of religious scapegoating and was more likely a manifestation of local political skirmishes.

After the Kamango fighting was over the Imam was vociferous in his denunciations that the ADF attackers were ‘fake Muslims’. He explained that they stole a prayer mat from the mosque along with the megaphone that is used for the call to prayer. He insists they were speaking: “bad Arabic like a child who is just learning.” He also tells me that he had written to the UN Human Rights Office to spell out the difference between the Muslim community and political rebels. It is his duty to protect his community and he works hard at that. An important issue for Muslim groups in the Congo is that beyond civil society they have little or no political representation. This is partly due to their history and the requirement to keep a low profile and also the dominance of the Church in all its variations but it is also down to the simple fact that unlike so many other groups who have taken up weapons to carve out a political franchise, the various Muslim communities in Congo, despite some internal divisions, have continued along a peaceful path and even run their civil society organizations democratically.

One of the problems with most analysis of DR Congo is the tendency to present situations as either good or bad, black or white and clearly delineated, but after years of abuse and the extreme militarization of politics, Congo, as with most places, is just not like that. It seems that international interest in Muslims or indeed the eastern Congo only becomes sparked when there is an association with violence. Likewise, throughout my long-term research into ADF-NALU there is a tendency towards polarities that imply that either the rebels are largely a localised Congolese phenomenon or they are offshoots of a political Islam underpinned by al-Shabaab – few seem to consider that they may be both…. On one of my visits I tell the Imam that I know that ADF fighters were openly praying in Beni mosque and I had recently met ADF representatives. “The door is open when I preach everyone can enter: MONUSCO, FARDC and rebels”, he replied. “What am I supposed to do – arrest them?”

Much later on, the FARDC commander called a meeting in Beni of local civil society organizations to discuss future offensives against the ADF and the Imam was invited to attend.

MV Editor’s Note: Despite the author’s characterization of Ahmadis as reformist Muslims, it should be said that mainstream Sunni Muslim authorities do not consider Ahmadis to be Muslim due to their heterodox beliefs regarding their founder.