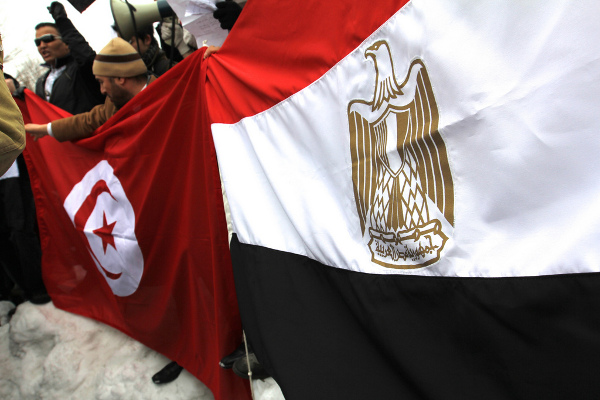 A statement has recently spread throughout the Arab media claiming that the Islamists have failed in governing. Some say it as if it were a well-known fact or an uncontested notion. The essence of the notion rests on the following logic: the Arab people chose the Islamists to govern by means of the ballot boxes, but the Islamists failed to govern and so they must step down and give others a chance. This is despite the brevity of their reign, which denied them the full experience of governing in a democratic system that holds them accountable through elections. The logic was merely created to prove the new “theory” of the legitimacy of the streets, not the legitimacy of the ballot boxes.

It is perhaps more accurate to say that the Islamists’ experience in governing has not even started yet, as they were in power for only a few months, while the nationalists and left-wing leaders ruled for decades before their experiences were judged. Some of them are still killing their own people with all sorts of lethal weapons in order to keep their positions of power.

This does not mean that the Islamists did not make any mistakes during their short-lived terms. They both made mistakes and achieved much, like any other political force. However, it is interesting that the mistakes made by the Islamists are deliberately exaggerated and portrayed as serious sins, rather than the normal mistakes that they are. Moreover, some highly influential media outlets have continued to demonise the Islamists and call for their complete removal.

Why did the people of the region elect Islamists?

This is a phenomenon the Islamists have confronted since the beginning, both in and out of the region. However the pace at which Islamists have been targeted accelerated after they increasingly gained cultural power.

In an attempt to confront the Islamists, the West coined the term “political Islam” to isolate certain elements and leaders of the movement, trying to remove them from their popular and cultural influence. Moreover, the divisionary tactic was also intelligently used to divide the phenomenon into moderates, extremists, and traditionalists.

The moderates were integrated into the Arab political regimes through regulated participation in order to provide political legitimacy to the latter, whereas an international and regional campaign was organised against the extremists, and the traditionalists were used as pillars to support the existing tyrannical political regimes in the region.

At the same time, the ruling Arab regimes used the Islamist phenomenon as tactic to scare the West away from the Islamists, while media outlets loyal to these regimes slandered and demonised the Islamists’ cultural and political project in order to isolate them from their popular supporters.

However, despite the measures taken to limit the spread of the Islamist phenomenon, the Islamists were so widespread that they ultimately came to dominate the culture of the region. Moreover, after the Arab Spring, the people of the region freely chose them to govern in several countries.

To explain the reason behind their survival and endurance, despite the harsh campaigns launched against them before the Arab Spring, as well as the reason why the people elected them after the Arab Spring created more democratic systems, we must first acknowledge that the Islamists led the resistance against occupation across the Arab region, including the Palestinian arena.

Secondly, another reason is because they spearheaded the forces that fought Arab tyranny, which is why the prisons became overcrowded with their leaders and members.

Thirdly, the people of the region identify with their cultural project, which drove the people to also support them politically.

Did the Islamists fail or were they failed?

Despite the widespread promotion of the idea that the Islamists have failed at governing, the problem with this notion is that its credibility is weak on several levels:

First, those who have spread it are the Islamists’ opponents and they earn political gains from doing so. This is in the context of the political conflict between them and the other opposing forces in the transitional phase that followed the revolutionary uprisings of the Arab Spring.

Moreover, the severe language used to promote this notion suggests its purpose: to announce the Islamist project has failed in a way that intends to completely remove them from the political scene.

Thirdly, the West has a dominating influence over the regional environment and it was never serious in its acceptance of the Islamists ruling, but only accepted them temporarily because they knew that their removal was a fait accompli. The previous stage was nothing but a moment of containment and a trap for them to fail in order to remove them from authority under the pretext of their failure.

If the Islamists made mistakes, then their mistakes would be considered errors in means and judgement, while the mistakes of others concerned purposes and goals, because a large part of these forces against the Islamists led an organised campaign to bring them down rather than to make democracy succeed, and allied with the figures of the Deep State in order to do so.

In the past, it was said that: “those who aimed for truth but did not realize it are not equal to those who wanted dishonesty and went after it.” There is a huge difference between errors in judgement and errors of desire and stubbornness.

The most prominent errors of the Islamists are:

The most prominent errors of the other forces are:

The future of the Islamists

The Islamists’ experience of governing is not complete yet; it was forcefully aborted by the military coup in Egypt and is still fighting off the counterrevolution in Tunisia and other countries. History tells us that those who are removed from power by military guns, despite the strength of their civilization or political project, are restored to their position and even more powerful than before because brute force in the political arena today cannot provide legitimacy for power without an accompanying intellectual project on a strategic level.

The Islamists will continue to be the greater power in the regional political arena despite the fact that some Islamists were removed from power, like in Egypt’s case, because despite their opponent’s’ efforts to overthrow them:

A glimmer in the horizon

To serve the interests of the revolution and its future, all the political and social forces that supported it from the beginning must rise above partisan interests and unite to promote and rescue the Arab Spring from the hands of the counterrevolutionary forces, who are currently seeking to get rid of the revolution, and plan to reproduce new models of the old regimes.

Just a tip to those who are against the Islamists out of hatred: why not unite with them to save the revolution on the basis of partnership and goodwill, because there is no alternative to them but the military with new models of the same tyrannical regimes, and the Egyptian scenario is proof of that. Otherwise, the Islamists will rise to power alone in the second wave of the revolution, and then the field will become too narrow.