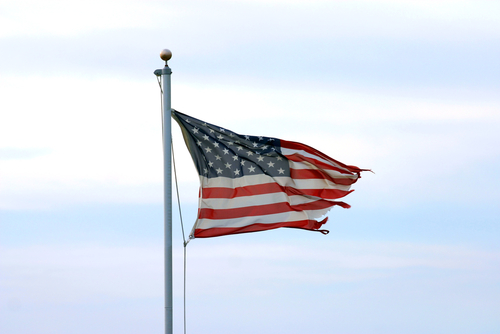 Noam Chomsky is one of America’s most celebrated and controversial academics. In addition to dramatically transforming the fields of modern linguistics and philosophy, he has authored nearly one hundred books, including such political works as Manufacturing Consent, 9/11, Hegemony or Survival, Failed States, and his latest, On Western Terrorism.

Chomsky has been cited more times than Plato or the founder of psychoanalysis, Sigmund Freud. In opinion polls, he is often ranked as one of the world’s leading public intellectuals and routinely fills lecture halls wherever he speaks, despite his being largely absent from mainstream media. At age 84, Chomsky, a professor of linguistics and philosophy at MIT, remains committed to exposing and expounding upon the ills that plague the United States and the international community. Recently, Professor Chomsky took time from his busy schedule to speak with The Washington Times Communities and offer his thoughts on plights both foreign and domestic.

Professor Chomsky began the conversation on the topic of Syria; specifically, the diplomatic efforts that were initiated by Russian leader Vladimir Putin. Chomsky made it clear that while he is no fan of Putin, “…not my favorite person by a long shot…”, he believed that Putin’s op-ed in the New York Times was “…a rational, sensible comment…”, and that Putin’s efforts to engage the Syrian crisis diplomatically could not have come at a better time for Obama:

“…He offered President Obama a kind of a lifeline; it’s a Godsend for him. He was facing possible defeat in a Congressional vote which would have been a very harsh blow to not only his policy, but to his Presidency generally. If he couldn’t get a vote of confidence on this issue it would have been very hard to push other things, and this offered a way out. I think it was a sensible proposal that was accepted, quickly recognizing the advantages of the United States of accepting them, but where will it lead? That’s very hard to say.”

The MIT professor further warned of the possibility of a strike still occurring against the Assad regime despite diplomatic intervention: “…What will probably happen is that Syria will not be able to meet the commitment on eliminating chemical weapons. There could be several reasons for that. One reason is that they won’t try very hard. The other reason is that it’s just extremely hard to do. I mean after all, the United States has a commitment to eliminate chemical weapons which dates back sixteen years. A lot of it has been done, but certainly hasn’t completely been done. That’s sixteen years in times of peace with no difficulty in finding them or eliminating them. In Syria, in a period of war and conflict, who knows where they are, the government may not know where they are or have access to them. It’s just far harder to do it, and to expect them to do it in weeks or months may just be impossible. Also, even if they are making a serious effort to do it, which it’s not clear that they will, it’ll be very hard to verify, just on the nature of the situation. The Pentagon announced that it would need 75,000 troops. Now where are they going to come from? That’s just to verify it or to find them. There will always be a serious question as to whether they, in fact, have lived up to the obligation, and that question will always provide a pretext for bombing if there are elements within the Administration which decide they want to bomb.”

Turning the conversation from Syria to Latin America, Professor Chomsky became considerably more optimistic: “…In roughly the last 15 years, there has been an historic change in Latin America. Latin America for 500 years has been dominated overwhelmingly by foreign powers, originally Europe, in the last century and a half or so mostly the United States. In recent years for the first time ever, Latin America has substantially liberated itself from foreign influence. For example, the United States does not have a single military base remaining in Latin America. That’s pretty remarkable, and Latin America is taking an independent stance in world affairs.”

He went on to explain “… Latin America is moving towards independence, also towards confronting some of it’s really very serious internal problems. Latin America is a very rich region, but during the entire period of Western, recently U.S. domination, the typical structure in Latin America has been a small Europeanized, often white elite, which is enormously wealthy, and is oriented towards the West, not towards its own country; they don’t have responsibilities to their own country, and a mass of poverty and misery. There’s no objective reason for that. Latin America has the resources, the theoretical capacities to overcome this, has not been able to do it as long as it was under Western domination, but now in the roughly recent 15 years there have been not trivial steps towards dealing with these problems. That’s significant, too. The Latin American countries are also moving towards a kind of integration. In the past, under outside domination, they were quite separate from one another. Their dealings, the interactions of the tiny elites that ruled them were with the West, and not with other Latin American countries. That’s changing.”

As example of Latin America’s emerging sense of independence and resistance to U.S. influence, the Professor offered the recent postponing of scheduled white house talks by Brazil amidst revelations of NSA eavesdropping on President Dilma Rousseff, the formation of “…a new organization CELAC (Community of Latin American and Caribbean States)… that excludes the United States and Canada”, and the fierce Latin American protests following the forced grounding of Bolivian President Evo Morales’ presidential plane: “…You’ll recall that several European countries refused to allow the presidential plane to enter their airspace-France, Spain, I think Italy. When the plane was forced to land in Austria, the plane was searched by Austrian security forces. All of this is in gross violation of basic diplomatic protocols. There were strong protests from Latin America. Latin American countries harshly protested that, with two exceptions: Canada and the United States. They refused to sign. There was a protest by The Organization of American States, which used to be in the pocket of the United States. Now they issued a strong protest, U.S. and Canada refused to participate. Things like this are happening steadily….”

With the “liberation” of Latin America and the Arab Spring that has swept the Middle East, many have speculated that it is the beginning of the end for the American empire.  Chomsky disagrees:  “I don’t think we are seeing the end of it. We are seeing a decline in American power. The U.S. power is still overwhelming. Actually, the Bolivia plane case is an example. Europe was so frightened by the master across the sea that they acted in a contemptible, shameful fashion, even banning entry to the airspace. The issue there was that the U.S. thought that maybe Edward Snowden was on the plane. That’s why Europe capitulated. That’s a sign of U.S. power which remains. The U.S. remains a very intimidating, frightening force in international affairs, but it is declining.”

Chomsky went on to elaborate that such a decline is to be expected, given the history of America’s rise to superpower status: “…The peak of American power was actually in 1945, the end of the Second World War. At the end of the Second World War, other industrial countries had been devastated or destroyed. The War was very beneficial to the American economy. It got us out of the Depression, the U.S. industrial production practically quadrupled; the U.S. ended the War holding literally fifty percent of the entire wealth of the world. Nothing like that has ever been true in the past. The U.S. had overwhelming security. It had controlled the whole hemisphere. It controlled the opposite sides of both oceans, didn’t control the whole world, but had enormous security… By the 1970’s the economic power of the world had diversified considerably. The world was then what’s called tri-polar. There were three major centers of economic power: U.S.-based North America, German-based Europe, and Japan-based East Asia. At that time Japan was the main center, and North East Asia was already the most dynamic economic region in the world. Well, the U.S. share of world wealth was down to twenty five percent, still enormous, but not fifty percent, and the process has continued since.”

With the United States Congress’ approval ratings at record lows, Chomsky weighed in on the possibility of Americans turning to an alternative party to represent their interests: “Many years ago, I think it was in the ‘50s, it was pointed out that the United States has a one party system- the Business Party- which has two factions called Democrats and Republicans. That was not much of an exaggeration. A business has an overwhelming influence on both political parties. Now, that’s not true anymore. The United States is still a one party system, the Business Party, but there is only one faction. The faction is moderate Republicans, who are now called Democrats. The current Democrats are not very different from what used to be called moderate Republicans; the Party has shifted to the right- not one hundred percent, but substantially.”

He concluded: “So, what we now have, I think, should be described as a one party system with one faction, moderate Republicans, and a few fringes. Are the American people tired of it? You bet. Just take a look at polls. Approval of Congress has been in single digits for some time now, and other branches of the government are not regarded very highly either, including the judicial. The population is very much upset about it, and justly, because the functioning of democracy was always-it was never perfect, of course- but it has been sharply reduced, and it’s a serious problem.”

Ever the activist, and at an age where most would be content to simply enjoy retirement, Chomsky continues to champion constitutional freedoms.  Currently, he is one of several plaintiffs in a suit being brought against the Obama Administration which challenges the language in the National Defense Authorization Act (NDAA); specifically, the language of section 1021 which codifies the indefinite detention of any American or foreigner. When I asked the Professor about how this piece of legislation relates to the upcoming 800th anniversary celebrating the Magna Carta and the rule of law, he was blunt: “I would say we’re not going to celebrate it. We’re going to commemorate its demise…” , then  went on to offer recent examples of the deterioration of America’s constitutional tradition: “…Chelsea Manning (formerly Bradley Manning) was imprisoned without trial for, I think, a year and a half, and nine months of that under torture. Solitary confinement is a form of torture…still then had a military trial. That’s not a serious trial…. Even in cases where people approve; let’s say the murder of Osama bin Laden, which caused enormous praise for the Administration, but that’s a violation of Magna Carta.”

He continued: “Whatever you think about Osama bin Laden, maybe you think he’s the worst devil in history, he’s a suspect. He’s the leading suspect in 9/11. He wasn’t apprehended and brought to trial, he was murdered. His body was tossed into the ocean without autopsy. That’s a gross violation of principles that do go back 800 years.”

Noam Chomsky continues to draw both praise and criticism for his unwavering challenge of the status quo; showing no signs of stopping or even slowing down, Chomsky serves as an inspiration to others to question policy and power, and promises to exert significant influence on the political landscape for some time to come.