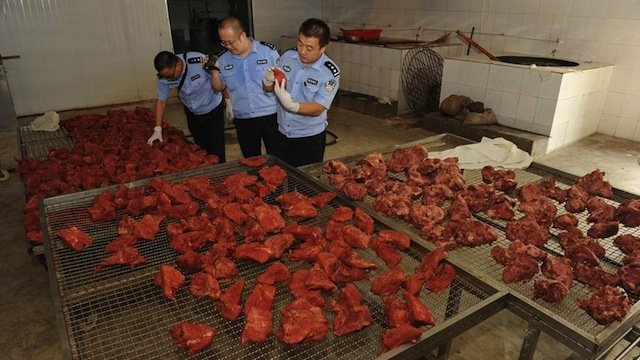 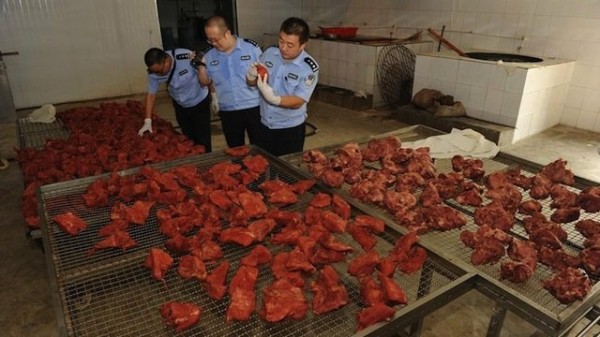 Police in Xi’an, the capital of China’s Shaanxi province, have seized more than 20 thousand kilograms of pork being sold off as halal beef products. The pork had been treated with chemicals such as paraffin wax and industrial salts to make it look like beef.

This news has infuriated many Muslims in the region who bought the meat believing it was halal. Islam forbids Muslims from eating pork and other non-halal food.

Scandals like this are not at all uncommon in China. Earlier this year the Medical Daily said that 904 people were arrested for “meat-related offences”.

According to China‘s public security ministry. more than 22 meat products were found to have E. coli levels that “seriously exceeded standards”.