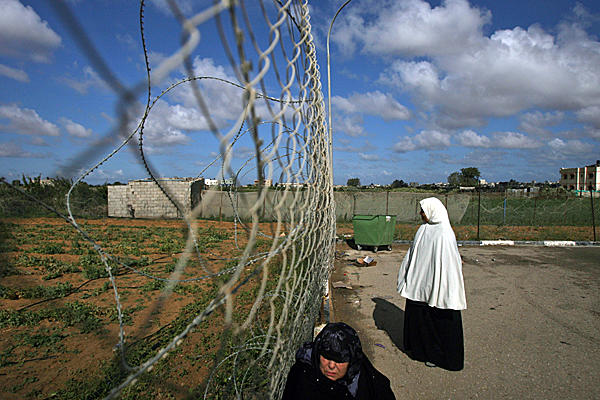 Information Clearing House – The furore over the recent chemical weapons attack in Syria has overshadowed disturbing events to the south. Palestinians in Gaza find themselves caught in the middle of a growing row between their Hamas rulers and the new Egyptian military regime.

Since the military intervention, much of the Brotherhood’s leadership has been jailed and last week its activities were outlawed and its assets frozen. Inevitably Hamas, which has close ties to the Brotherhood, has also come under severe suspicion from Egypt’s generals.

The Egyptian army blames Hamas for the rise of militant Islamic groups in the Sinai, many drawn from disgruntled local Bedouin tribes, which have been attacking soldiers, government institutions and shipping through the Suez Canal. According to the army, a third of the Islamists it has killed in operations originated from Gaza.

At a recent army press conference, several Palestinians confessed to smuggling arms from Gaza into Sinai. An Egyptian commander, Ahmed Mohammed Ali, also accused Hamas of “working on targeting the Egyptian army through ambushes”. Additionally, the Egyptian media blamed Hamas for a car bombing in Cairo this month which nearly claimed the life of the new interior minister, Mohammed Ibrahim.

Lurking in the shadows is the army’s fear that, should the suppressed Muslim Brotherhood turn to terrorism, its most useful ally will be a strong Hamas. The result has been a growing crackdown on the Palestinian Islamic movement that has also harmed the lives of ordinary Palestinians.

The Egyptian army has intensified the blockade along Egypt’s single short border with Gaza. Over the past weeks, the army has destroyed hundreds of tunnels through which Palestinians smuggle fuel and other necessities in short supply because of Israel’s siege. Egypt has established a “buffer zone”, as Israel did inside Gaza a decade ago when it was still occupying the enclave directly, to prevent more tunnels being dug.

That has plunged Gaza’s population into hardship and dealt a severe blow to the tax revenues Hamas raises on the tunnel trade. Unemployment is rocketing and severe fuel shortages mean even longer power cuts.

Similarly, Gaza’s border crossing with Egypt at Rafah the only access to the outside for most students, medical patients and business people is now rarely opened.

And the Egyptian navy has been enforcing tight limits on Palestinian boats fishing off Gaza’s coast, in a zone already tightly delimited by Israel. Boats have come under fire and crews been arrested for coming too close to Egypt’s territorial waters.

Palestinians’ fears about the future were encapsulated in a recent newspaper cartoon showing Gaza squeezed between pincers one arm Israel, the other Egypt.

Hamas is short of regional allies. Its leader Khaled Meshal fled his Syrian base early in the civil war, alienating Iran in the process. Other regional supporters are also keeping their distance.

Hamas fears mounting discontent in Gaza, and particularly a demonstration planned for November modelled on this summer’s mass protests in Egypt that helped to bring down the Egyptian president, Mohammed Morsi, and the Muslim Brotherhood.

Hamas’ political rival, Fatah and the Palestinian Authority (PA), based in the West Bank are reported to be behind the new protest movement.

The prolonged efforts by Fatah and Hamas to strike a unity deal are now a distant memory. Late last month, the PA announced it would be taking “painful decisions” towards Hamas, assumed to be a reference to declaring it a “rogue entity” and thereby cutting off funding.

The PA sees in Hamas’ isolation and its own renewed ties to the Egyptian leadership a chance to take back Gaza.

As ever, Israel is far from an innocent bystander.

After the unsettling period of the Brotherhood rule, the Egyptian and Israeli armies have restored security cooperation. According to media reports, Israel even lobbied Washington following the July coup to ensure Egypt continued to receive generous US aid handouts as with Israel, mostly in the form of military assistance.

Israel has turned a blind eye to Egypt pouring troops, as well as tanks and helicopters, into Sinai in breach of the 1979 peace treaty. Israel would rather Egypt mop up the Islamist threat on their shared doorstep.

The destruction of the tunnels, meanwhile, has sealed off the main conduit by which Hamas armed itself.

Israel is also delighted to see Fatah and Hamas sapping their energies in manoeuvring against each other. Political unity would have strengthened the Palestinians’ case with the international community; divided, they can be easily played off against the other.

That cynical game is in full swing. A week ago, Israel agreed for the first time in six years to allow building materials into Gaza for private construction, and to let in more fuel. A newly approved pipe will double the water supply to Gaza.

These measures are designed to bolster the PA’s image in Gaza, as payback for returning to negotiations, and undermine support for Hamas.

With Egypt joining the blockade, Israel now has much firmer control over what goes in and out, allowing it to punish Hamas while improving its image abroad by being generous with “humanitarian” items for the wider population.

Gaza is dependent again on Israel’s good favour. But even Israeli analysts admit the situation is far from stable. Sooner or later, something must give. And Hamas may not be the only ones caught in the storm.