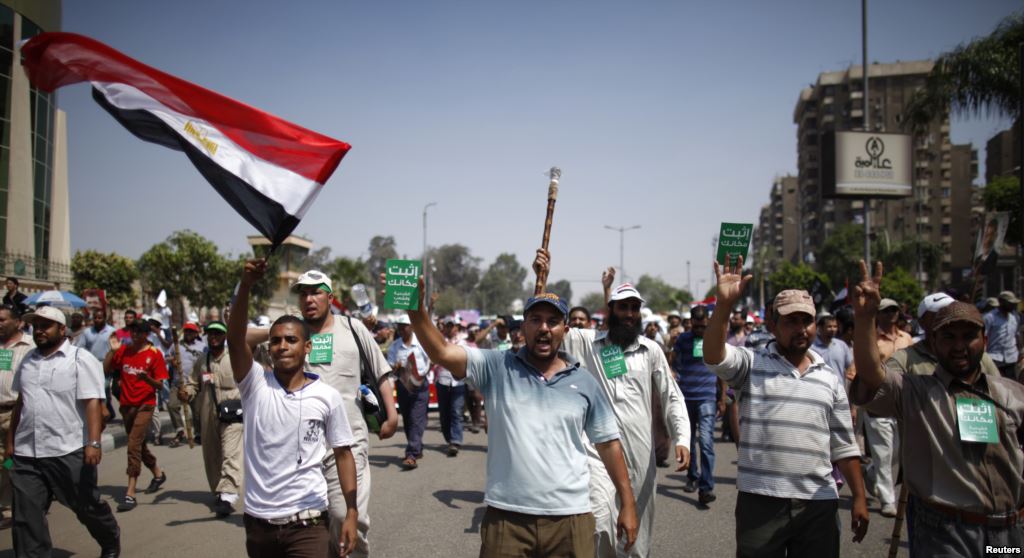 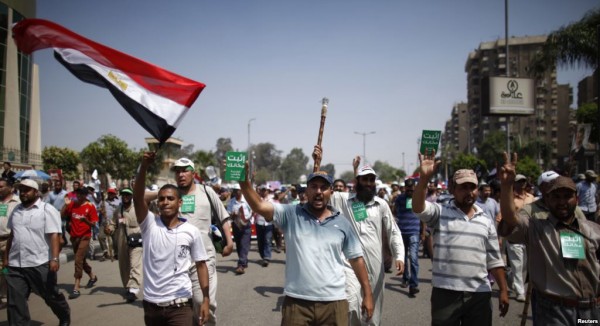 Supporters of former Egyptian President Mohammed Morsi, ousted by the army in July after mass protests against his rule and arrested afterwards, have rallied on Cairo’s Tahrir Square, media reported, according to RIA Novosti.

Some 100 protesters gathered on the square Tuesday, Al Jazeera reported. They were chanting “down with military rule!” The demonstration was the first protest of Morsi supporters on Tahrir since he was forced to leave.

There were limited clashes between the protesters and local residents soon after the beginning of the anti-coup march. No one was reported injured. Police separated the conflicting sides from each other.

According to BBC News, on 3 July, Mohammed Morsi was ousted by the army after one year in office as the fifth president of Egypt – and the first civilian and Islamist to fill the role.

The army’s move followed four days of mass anti-government protests and Morsi’s rejection of an army ultimatum to resolve Egypt’s worst political crisis since Hosni Mubarak was deposed in 2011.

After almost two months in detention at a secret location, state prosecutors announced on 1 September that Morsi would stand trial for inciting murder and violence.

The charge relates to the deaths of at least seven people during clashes between opposition protesters and Muslim Brotherhood supporters outside the Ittihadiya presidential palace in Cairo in December 2012.

Fourteen other senior Brotherhood figures, including Mohammed al-Beltagi and Essam al-Erian, will be tried alongside him on the same charge.

Morsi is also being investigated over allegations related to his escape from prison during the uprising that forced Mubarak from power, including that he conspired with the Palestinian militant group Hamas.