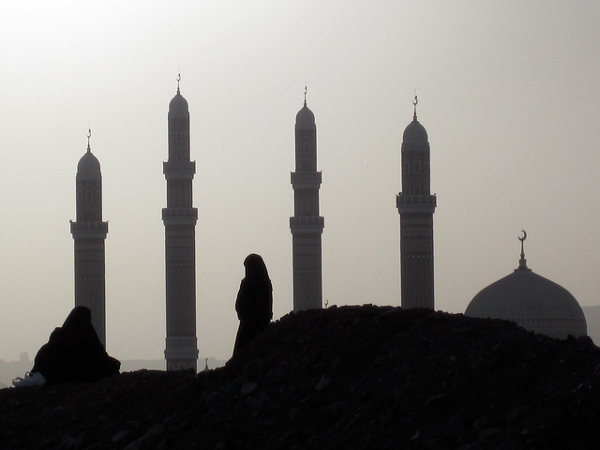 If we hold grudges, our spirits get stuck like trapped birds. We can’t fly the way we’re supposed to, because our own resentments bind us and hold us down. When you hate someone, they don’t feel it. Only you do. It affects only your own heart, until your heart hardens and your vision narrows, and life loses its joy and zest.

We must forgive each other and forgive ourselves. Let go of resentments from the past. Do it for your own sake, because letting go and forgiving is the only way to be happy.

The Messenger of Allah (peace be upon him) was seated in a gathering with the Sahaabah (his Companions) when he looked towards the entrance and said, “A man of Paradise is coming.” At that instance someone who seemed to be very ordinary entered the Masjid where they were seated. One Sahaabi was curious as to why the Prophet had said such a thing about this man, so he followed the man to his house. The Sahaabi told the man of Paradise that he was a traveler, and was invited to stay as a guest. For three days the Sahaabi watched the man of Paradise, but he saw nothing unusual in the man’s character or worship. Finally he told the man what the Prophet had said and asked him what was so special about him. The man thought for a long time and said, “There might be one thing — before going to sleep every night I forgive everyone and sleep with a clean heart.”

I went to high school in Saudi Arabia, and I had an American teacher who I really liked. He was my English teacher for two years and his name was Mr. Evatt. He was from Georgia and had long hair and a heavy Southern drawl. He lived in an old neighborhood of Riyadh that was situated on a dusty, rocky hilltop. Every morning our school bus would pick him up, and I always found it amusing when we’d pull up and he’d be standing in the dirt road, smoking a cigarette, his shirt already plastered with sweat at 7am , and a herd of goats climbing on the rocks all around him. He used to call us students, “wallets”, which was his version of “walad”, which means boy in Arabic. He’d come into the classroom and shout, “Siddown, little wallets!” But was a good teacher and I respected him.

Sometime during the second year, I was passing by the teacher’s lounge and the door was open. I heard a few of the teachers talking about Arabs. I paused outside the door to listen, and I heard Mr. Evatt refer to his students as “sand-ni****s.” I was very hurt. I think it also fueled the beginning of a deep resentment and intolerance in me that lasted for many years. I returned to the USA for college, and for a long time, if I ever found out that one of my non-Muslim friends harbored the least bit of bigotry against Muslims or Arabs, I would cut that person off forever. I had no patience for it.

I also had an increasing sense that I did not belong in American society. I had always been proud of being an American, but while I loved America, America did not seem to love me back. I was turned down for a job because of my religion, openly mocked on a few occasions, visited at home by the FBI, stopped at the airport for questioning and invasive searches… I became restless and unsatisfied with life in America. None of that had anything to do with Mr. Evatt of course, but that insult that he cast on us students represented my first awareness of bigotry; it became, in my mind, a symbol of racism.

My most satisfying times were my trips abroad to Mexico or Costa Rica. Finally I left the USA and emigrated to Panama.

I was happy in Panama. It was a peaceful, beautiful place. The people there had no preconceptions about Arabs and Muslims. I think I was able to finally relax, and breathe easily. I came back to the USA in late 2008 for family reasons, but I’ve realized that somewhere along the road, I let go of the grudges I was holding. I’m more easy going with people now. I have a martial arts teacher who has some anti-Arab ideas, but I am patient with him. Who knows, maybe his interactions with me will help to dispel his stereotypical beliefs. People need to be educated, not condemned. It’s the only way forward.

It’s so much simpler to extend love to people, and show them the way, rather than react with anger. And it’s better for my own soul. I feel calm now, and balanced. Alhamdulillah. If I could see Mr. Evatt now, I would thank him for being a good teacher. He must have cared about us, or he would not have made the effort. And maybe I would ask him about the statement he made. But I wouldn’t blame him or get angry. I wish him well.

This is important. Forgiveness needs to extend in all directions, even to yourself. Whatever you’ve done against yourself, forgive yourself. Don’t hold grudges against yourself. We humans all make mistakes. “Pardon them and overlook – Allah loves those who do good.”

Don’t call yourself names. You are not stupid, shameful, or useless. Just the opposite! You are bright, special and unique, with a special mission in this life. If you feel that you have been corrupted by sin, then the glory of Islam is that innocence can be yours again, with Tawbah. We Muslims don’t believe in original sin. All human beings were created pure, on the Fitrah. That is your birthright.

In other words, your soul has not turned into an evil thing. It is not totally lost. It is just at a point when it is not feeling remorse or sorrow for its actions. But that can be changed! The soul can be softened through prayer, Dua’, Dhikr (remembrance of Allah), fasting, reciting Qur’aan, doing good to others, and other acts of worship, until your soul once again feels remorse, and can return to a state of purity. SubhaanAllaah!

Allah knew exactly what He was doing when He made you. If you don’t trust your own judgment, then trust Allah’s (subhaanahu wa ta’ala).

Tonight, let go of your grudges and sleep with a clean heart.

Tomorrow the day is new, and life goes on. You have far to go and much to do.

Look ahead, with a sunrise in your eyes.

Tags: Allah’s forgiveness anti-Arab ideas Arabs and Muslims Day of Judgment glory of Islam grudges man’s character or worship Messenger of Allah (peace be upon him) remembrance of Allah