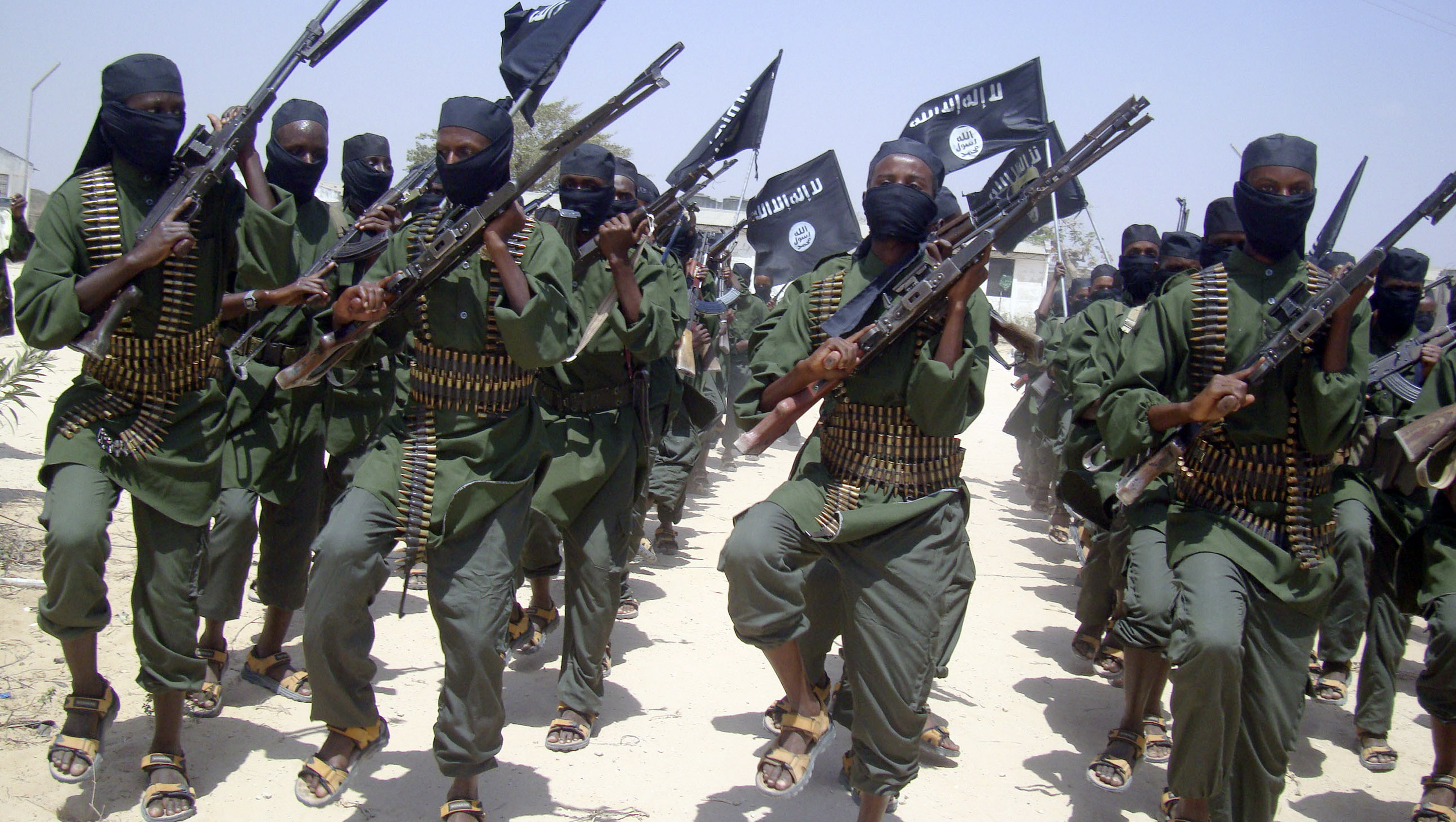 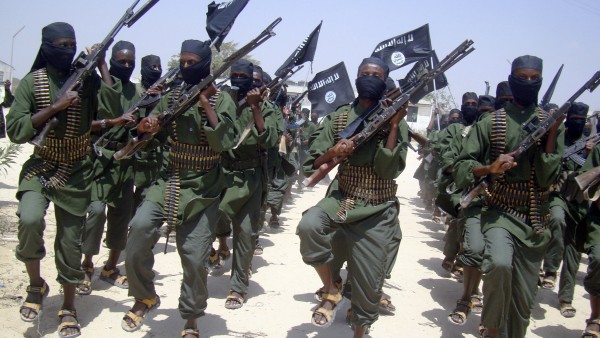 On TAM we have a lengthy collection of fatwas, statements by scholars and community activists, from America and around the world, condemning extremism and terrorism titled Muslim Voices Against Extremism and Terrorism .  We also have a collection of articles titled How mainstream Muslims understand the term “jihad”.  Muslim have been speaking out against this criminal element among Muslims falsely claiming Islamic justification for their crimes for many years.

Only two weeks ago there was a National Conference on Extremism held in Somalia.  All Africa reported that “A group of 165 Somali religious leaders issued a fatwa condemning al-Shabaab”:

The clerics called on al-Shabaab to repent, and urged Somalis not to join the group, support it or shelter its members. The communiqué also asked Somalis to report al-Shabaab members to the Somali authorities, and said both the government and civilians should support the fight against the militants.

Prime Minister Abdi Farah Shirdon, who gave the closing remarks at the conference, said the Somali federal government would take resolutions from the conference under consideration in its efforts to fight extremism, UN-funded Radio Bar-Kulan reported.  Religious leaders, scholars, elders and intellectuals from across the country and the diaspora met to devise solutions to increase security and stability in Somalia.

BBC had more details on the Fatwa:

… Somali President Hassan Sheikh Mohamud opened the government-organised conference that drew Somali scholars, elders and imams from both within the country and abroad.  At the end of the four-day conference, the seven points of the religious edict were read out by Islamic scholar Sheikh Abdirizak Ahmed Mohamud:

• “Al-Shabab has strayed from the correct path of Islam, leading the Somali people onto the wrong path. The ideology they are spreading is a danger to the Islamic religion and the existence of the Somali society.
• “The Somali government is an Islamic administration; it is forbidden to fight against it or regard its members as infidels.
• “Al-Shabab, an extremist group, must atone to God and must cease its erroneous ideology and criminal actions.
• “It is forbidden to join, sympathise or give any kind of support to al-Shabab.
• “It is a religious duty to refuse shelter to al-Shabab members, who must be handed over to Somali institutions responsible for security.
• “It is a taboo to negotiate on behalf of al-Shabab members in custody or release them from jail.
• “Somali officials have a religious duty to protect the Somali people from the atrocities of al-Shabab. The Somali public also has an obligation to assist the government in its security operations against al-Shabab.”

Nairobi-based Somali analyst Mohamed Abdullahi told the BBC’s Newsday programme that the fatwa, issued by so many prominent scholars, is likely to sway opinions on the ground, but is unlikely to change the path of those in the group’s top leadership.

“The fatwa includes a security element of community policing against al-Shabab,” he said.  But it should be coupled with other efforts to win the hearts and minds of people on the ground, he added.  “There must be another parallel programme to ensure that those young men who joined for economic reasons, for instance, are provided with employment or opportunities as well as convincing those who are really not extremist in ideology.” …

And, although it is clear that the overwhelming majority of Muslim scholars and ordinary Muslims reject extremism and terrorism, and have condemned each and every act carried out by criminal terrorists, they continue in this criminal behavior.  Obviously, groups like al-Shabab, al-Qaeda, Boko Haram, the Taliban, etc. really don’t care what Muslim scholars or the majority of ordinary Muslims have to say.  They continue to attempt to justify or cloak their criminal activities by claiming an Islamic justification that doesn’t exist in reality.  And, they are as likely to kill Muslims as non-Muslims because their fanatical views see everyone who doesn’t share their views as the enemy.

BBC reported this latest atrocity in Nairobi Kenya follows a series of atrocities in Somalia designed to terrorize the local population.  A local African paper Sabahi discussed other violent acts carried out by al-Shabab in Somalia against local Muslims who don’t support their criminal activities.  The title of a 2010 article in Africa Witness got it right There is nothing Islamic about al-Shabab.  That article noted:

”… Let’s look at the formal name of al Shabaab, which is Harakat al Shabaab Mujahedeen, meaning Movement of Warrior Youth (MWY). There is nothing Islamic about this name. In my opinion, al Shabaab is a political movement trying to attain its goal by tarnishing the good name and image of Islam.  As Muslims, we strongly condemn the recent terrorist attacks in Kampala, which caused the death and injury of several people. We extend our heartfelt condolences and sympathies to the families, relatives and friends of the victims. Ugandans should know there is no room for terrorism in Islam. Islam totally forbids all forms of terrorism and aims at bringing peace, unity and love to humanity. …”

And, after all of this previous condemnation, Al-Shabab has stormed a shopping mall in Kenya, and left numerous people dead and wounded, and taken others hostage in an ongoing act of terrorism.

… Al Shabaab, which has links to al Qaeda and is battling Kenyan and other African peacekeepers in Somalia, had repeatedly threatened attacks on Kenyan soil if Nairobi did not pull its troops out of the Horn of Africa country.

“The Kenyan govt (government) is pleading with our Mujahideen (holy warriors) inside the mall for negotiations,” the group said under its official Twitter handle @HSM_Press. “There will be no negotiations whatsoever at #Westgate.”  Another al Shabaab tweet read: “For long we have waged war against the Kenyans in our land, now it’s time to shift the battleground and take the war to their land.” …

VOA reports that the Inter-religious Council of Kenya has issued a statement condemning the attack in Nairobi.

… Reading the statement on behalf of the religious leaders, Supreme Council of Kenya Muslims Secretary General Adan Wachu said despite the latest attack which is being claimed by the Somali militant group al-Shabab, the Kenyan people are united to face the challenge.

Wachu also said they are working together with other religious leaders to avoid religious violence.  “We, the religious leaders, are engaged in robust dialogue to ensure that these relations are not just maintained but also made stronger.  We are convinced beyond doubt that the attempt to sow seeds of discord between Muslims and Christians will fail miserably and that we shall remain united,” said Wachu. …

How dare these criminals call themselves “Mujahideen” or even Muslims.  There is no justification for such actions in Islam.  How dare they call this jihad.  How dare they include any term related to Islam in the name of their criminal enterprise.

To repeat what mainstream Muslims feel about this despicable crime.  As Muslims, we strongly condemn this terrorist attack which caused the death and injury of innocent people. We extend our heartfelt condolences and sympathies to the families, relatives and friends of the victims.  Most Muslims don’t accept criminals or terrorists defining themselves as “jihadis”, we strongly object to their use of this term for criminal acts of hirabah.  Extremists and terrorists do not have the right to co-opt or hijack or defame the term jihad by their criminal interpretations.  We reject the extremist/terrorist definition of Jihad in favor of the traditional, legitimate, respectable, spiritual concept.

Al-Shabab, Al-Qaeda, Boko Haram, the Taliban or any Muslims engaged in or defending terrorism, or attacks on civilians are not engaged in jihad but in HIRABAH, no matter what their self definition.  The use of the term jihad to describe acts that are reprehensible is an attempt to justify unjustifiable actions. They may be Muslims, but their actions have nothing to do with Islam.  Muslim extremists are attacking minority communities, including Shia, Ahmadi, Christians, Sikhs, Sufis, etc. Even in countries where communities have lived together in relative peace for centuries, there is now a lack of tolerance, and even violence towards minorities.  In Pakistan, whose “Quaidi Azam” or great leader and founding father, Muhammad Ali Jinnah, was a Shia, the Shia are now undergoing intense persecution.

Muslim communities need to ask themselves where this strain of extremism is coming from, who is promoting it, and why are so many being radicalized in spite of the clear teachings of Islam?  Who is teaching this perversion of Islam and why are young people listening to them instead of the overwhelming majority of traditional scholars?  What has changed in the last few decades, and how can ordinary Muslims counter this perversion of Islam in a meaningful way?

Some news sources are reporting that there are foreigners including Americans among the Al-Shabab criminals.  As an American Muslim I believe that the fatwa issued by the scholars in Somalia applies everywhere.  The ideology extremists are spreading is a danger to everyone.  It is wrong to sympathize with or give any kind of support to al-Shabab or any other extremist groups.  It is a religious duty to refuse shelter to known members of such terrorist groups, and if any are known in our communities they should be reported to law enforcement.

Shahed Amanullah has sent this message.  You may read about the terrorist attacks on the Westgate Mall in Nairobi and think there is nothing you can do. There’s always something you can do. While al-Shabaab goes on a rampage, using vulnerable Somali youth as cannon fodder in the process, Somali youth leaders like Mohamed Ali are busy mobilizing Somalis to push back. A few weeks ago, he launched a Generation Change chapter in Mogadishu (Generation Change Mogadishu), and inspired 50 of his peers to work on projects that rebuild the country and take it back from the extremists. The Generation Change Kenya chapter in Nairobi is also doing great work in this area. Please give them your encouragement, your advice, and your support so that they can show the extremists that these youth won’t be manipulated anymore for evil ends.