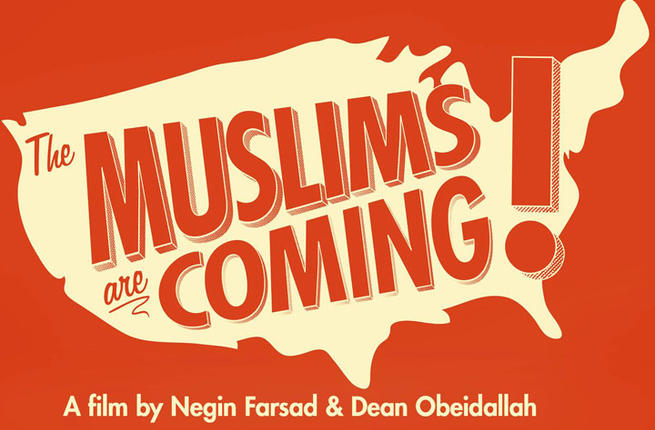 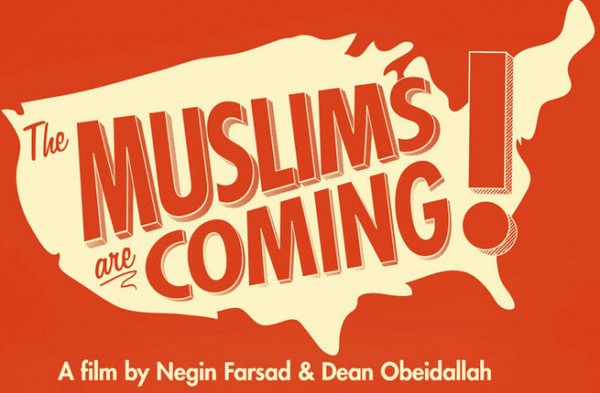 Muslims entertainers performing stand-up comedy is not a new concept, but a recently released documentary entitled “The Muslims are Coming,” aims to shake up the American comedy scene.

Starting this week, a troupe of Muslim-American comedians will tour the United States, entertaining audiences with Islam-related jokes in a witty bid to combat Islamophobia and publicize their documentary.

The documentary, directed by Iranian-American Negin Farsad and Palestinian-Italian Dean Obeidallah was released last week in the United States.

The comedian’s publicity tour aims to demonstrate through humorous sketches that Muslims too have a sense of humor.

In an interview with Al Arabiya English, the self-titled “Muzzie” (their slang for Muslim) entertainers discussed their latest venture and highlighted the importance of overcoming Islamophobic sentiments.

Al Arabiya: What inspired you to create “The Muslims are Coming!”?

Negin and Dean: “The genesis of the film began in 2008 when people were saying that Obama may be Muslim. The word began to be used as a dirty word and that was very alarming. Then there was the controversy about the mosque being built downtown [in New York] and there seemed to be a series of protests about every mosque. This all created a spike in Islamophobia. Comedy was our solution to the problem.”

AA: Have you had any other initiatives to tackle Islamophobia?

N and D: “Our stand-up comedy for the last few years has tried to address and counter Islamophobia and misconceptions people may have about Islam. We fight against stereotypes and make people laugh at the same time. Dean is the co-founder of The New York Arab American Comedy Festival which is having its tenth anniversary and that has also has addressed issues of countering negative view of Arabs. We also worked on a project for Comedy Central that featured Middle Eastern –American comedians a few years ago that addresses similar themes.”

AA: What were the initial reactions to your work?

N and D: “This is the big test right now with the movie premiering in multiple cities around the country and available across the U.S. on September 24 via iTunes and Cable-On-Demand. It has only been a few days but so far the reaction has been great. Some people have been reacting to it as a funny piece of art which is great. We also wanted to create something fun and entertaining, a “popcorn-munching” movie. It’s important for the film to stand on its own as something fun. It is being shown in parts of the country where they don’t get this kind of independent film.

So, hopefully it will have some impact in parts of the country where Islamophobia is a bit more present. But so far the reaction has been really touching and phenomenal. However, we have had three articles written by right wing publications here in the States which have attacked the movie before even seeing it- Breitbart.com, The Washington Times and The Front Page. They are concerned that we are making people laugh at them.You have to realize that Islamophobia is an industry in America. They make money selling books, giving lectures, going on TV and they are concerned because we are going to take money out of their pockets because they get paid to hate. Overwhelmingly the audiences have been great but some on the right are a little concerned.”

AA: Where have you met the toughest audience?

N and D: “We are really lucky because we have not really had a tough audience yet. It still remains to be seen. When we were doing the tour upon which ‘The Muslims are Coming!’ is based, our toughest audience was in Columbus, Georgia. Partly because there were not that many people and partly because they did not necessarily want to be there. That was the toughest show on the tour. But in terms of the movie, let’s see what happens.”

AA: What do you think has fueled Islamophobia?

N and D: “As I said earlier, there are actually people that make money talking about how Muslims are a threat to America just like there were people who made money saying that communism and the Soviet Union were a threat to America decades ago. They sell books, go on lectures and TV, I think that is part of it. I think it is generally fueled by fact there are so few Muslims in America that people don’t personally know Muslims.

Many are the informed about Islam by the haters out there or horrible events like terror attacks perpetrated by Muslims. And politicians in America use it as a wedge issue to divide people and motivate them to vote for their candidate. So they try to scare people by saying that Muslims are trying to do bad things in America and if you stand by me and my candidate he/she will keep you safe from this phantom menace they created and this fictitious threat. So I think it’s a combination of factors.”

AA: How can the negative stereotype of Muslims be changed?

N and D: “If we have some counter examples for what Muslims are really like. Of course if all you see on TV is that Muslims are dusty dudes walking around with AK47’s in some kind of formation, that’s what you are going to think of Muslims. But, if you are given competing examples, like Muslims who are nice and fluffy adorable comedians running around the country, bowling with people, then I think that will change what you are going to think of Muslims.

I think we have seen a good example of this in the cultural shift in the gay rights movement. There is a lot we can learn from that and its inspiring to see how that grew and changed over the past five to ten years. A lot of that happened because they became part of our popular culture. They became Ellen DeGeneres, they became Will and Grace in our minds. We need to create those positive linkages and really wonderful cultural icons and lovable people in the media that will help disassociate the word Muslim with violence.

You have to see more of us in the media, the entertainment media, news media and that sends a message to people about who we really are. It’s about changing the narrative about who we are. It will take work, but if more and more people do it coming at different angles that will help.

We are doing it through comedy, there are others doing it traditionally through speaking, lectures and books. Others through politics. We have two Muslim Americans in Congress. That is changing people’s perceptions of Muslims. So I think it’s a collective effort, a concerted effort by a lot of people. We use comedy, because that is what we know and hopefully we can chip away at misconceptions about Muslims.”