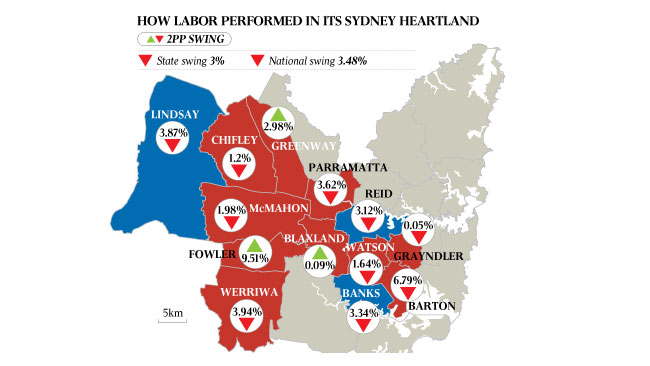 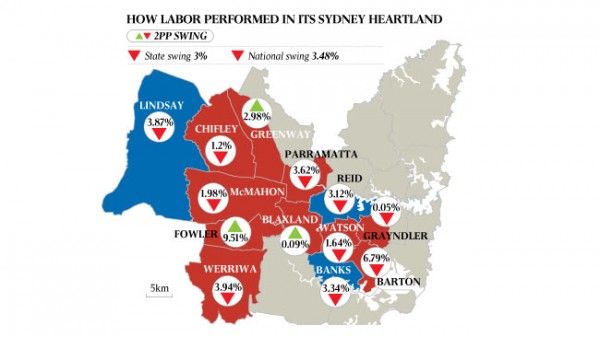 When Liberal candidate for Fowler Andrew Nguyen declared in the media that the Liberal Party had sidelined ethnic candidates in Sydney’s west in the federal election, he was partly right.

Nguyen and the accident prone Jaymes Diaz were removed from the frontline in seats which the party decided were not essential to their victory.

I learned from my research with Liberal Party insiders that a decision was made that hopeless candidates in unnecessary seats would likely cause more collateral damage than deliver benefit. If the election went the way of the most Liberal-favouring polls, they’d be in, and if not, no one would care.

Indeed, Nguyen has now been struck from the Liberal Party website, and also had his party-managed Facebook page zapped; purged as an unperson.

The Liberal Party branch structure through the west and south-west of Sydney is still in its early stages of development. Even though the Liberals have control of Liverpool City Council, and the epicentre of their power-base is now Lindsay, the branches in some of the ‘ethnic’ seats are poorly developed.

The Diaz family fiefdom of Greenway (Diaz’s father is a Blacktown City councillor) is closely interlocked with NSW powerbroker and right-wing Catholic activist David Clarke, with a Filipino network providing the foot-soldiers.

Splits among the Vietnamese in Fowler (15 per cent of the population is Vietnam-born), where right wing powerbrokers had done their best to block the aspirations of popular Vietnamese Australian Liberal activist Dai Le, produced the Andrew Nguyen candidacy.

Nguyen, a long-time local council member and real estate agent, was trounced in Fowler, generating a 9 per cent swing to the ALP’s Chris Hayes.

While ethnic communities played a critical role in seats that the ALP held in Western Sydney, the Liberals had been building their capacity to take the seats for over a decade. In 2004, despite fisticuffs between supporters of factional leaders Michael Photios and David Clarke, a Bankstown branch of the Liberal Party was established.

By 2009, local Liberals had wrested control of the Lebanese Muslim Association from its long-time ALP-aligned leaders.

This shift in Muslim sentiment was triggered in 2001 when Obeid blocked an aspiring local Muslim politician from ALP pre-selection, and Sussex St parachuted in his Maronite sister-in-law.

Her recalcitrance when minister on the issue of finding burial grounds for Muslim dead would tip the LMA towards O’Farrell, who promised to deliver and did so. But it would not necessarily hold – no longer rusted on to Labor, they were not attached to the Libs.

In this election, seats that were heavily Muslim stuck with the ALP. In the lead-up, the LMA had fashioned a strategy to gain support from the government.

Gillard and Swan had been a real problem – they would not meet with nor take seriously the maturing political leaders, and Gillard’s own lifestyle was uncomfortable for them. Until the return of Rudd the LMA leadership was shaping up to repeat the 2011 intervention, throwing support behind the Coalition.

Joe Hockey is particularly important, recognising the respect that the leaders craved, and responding positively to their approaches. Carr had met with them as well, offering the abstention on the Palestine issue in the UN as a signal of good intent. While the Coalition was far more pro-Israel, this in fact did not become a game changer.

With Rudd’s resurgence and Bowen’s return to the front bench, the game changed again. The ALP began listening and came up with a promise of $10 million for an aged care facility.

Hockey matched it, though the Muslims were less impressed when the ALP offered exactly the same amount to the much smaller Maronite community, which the Coalition also matched. Minister Kate Lundy meanwhile delivered a cheque for $130,000 to a Turkish Muslim community for a new hall.

The heart of Muslim Sydney is the seat of Blaxland, where 23 per cent of the population profess Islam, and Watson where the figure is 20 per cent.

In Blaxland, for the Liberals, Anthony Khouri, an Arab Christian, could gain no traction against Jason Clare. Indeed the primary swing towards Clare was 6 per cent. Tony Bourke in Watson held his primary position, but preferences swung to the Liberal Ron Delezio, dropping him back 1.6 per cent.

The seats of Reid and Werriwa each have a Muslim population of 10 per cent, though Werriwa is more ‘white’.

Over half the population of Reid speaks a language other than English at home; 13 per cent speaking Chinese. Only Banks has a higher proportion in the West (20 per cent), and Bennelong (18 per cent) across the Harbour.

Banks went to David Coleman, a Channel 9 executive, who ran a strong campaign with the local Chinese community (he had an official Chinese language website) against Daryl Melham for the ALP, who seemed to have given up the ghost well before the campaign began in earnest.

While the ALP head office was leaking against Werriwa member Laurie Ferguson that he was in serious trouble, he was able to hold off the attack from Sutherland mayor Kent Jones, by working closely with the ethnic communities that had been his passion for decades.

This election marks a level of political maturity among ethnic communities, a consequence of social mobility, longevity in Australia and rising education levels.

Where once the ALP took for granted what had been rusted-on working class groups, they can longer do so. The Liberal Party faces a challenge to build real branches that do not become the rotten-boroughs of factional leaders. There are warnings in the swing back to the ALP in some seats for the state Liberal leader.

For the ALP it reveals once more the importance of good-grass roots organisation with systematic targeting and support for ethnic workers, dependable constituency work, and the delivery of outcomes, and getting to people in their own languages on issues that reflect that the candidate both understands and cares about them.