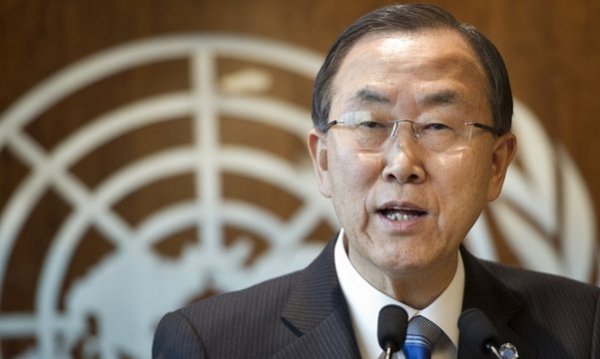 PanARMENIAN.Net – UN Secretary-General Ban Ki-moon told the five permanent Security Council members that it may be two weeks before for final results are ready of an analysis of samples experts collected at the site of a chemical weapons attack last week in Syria are ready, diplomats said on Friday, August 30, according to Reuters.

Ban said this to delegates from Britain, China, France, Russia and the United States during a meeting in New York, the diplomats told Reuters on condition of anonymity.