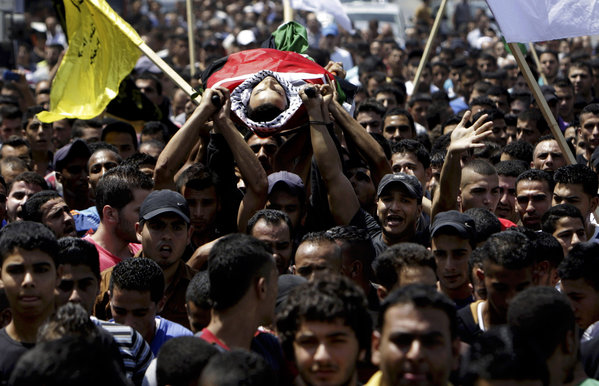 PanARMENIAN.Net – Three Palestinians have been killed in clashes with Israeli forces in Qalandiya refugee camp in the West Bank, Palestinian sources say, according to BBC News.

Palestinian medics said all those killed were hit by live fire.

Israeli army spokesperson Lt Col Peter Lerner told the BBC that security forces had gone to the area, about 12km (seven miles) north of Jerusalem, “to detain a terror operative”.

He said during the operation hundreds of Palestinians started to attack security forces with “blocks and rocks, posing an imminent threat to their lives.”

Nabil Abu Rudeineh, a spokesman for the Palestinian Authority president, issued a statement condemning Israel for the deaths.