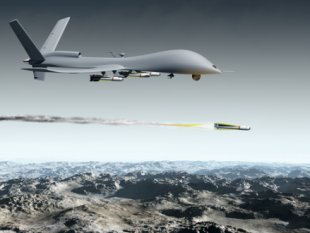 “Blowback” is a lesson the United States government should have learned in the mountains of Afghanistan, the streets of Iraq and the wild territories of Pakistan: Be careful what you sow, because you will reap it tomorrow.

A small delegation of CODEPINK peace activists travelled to the beautiful country of Yemen in June (and yes, despite the images in Western media of a dangerous country overrun by terrorists, it is a country rich with culture and a welcoming population).

We were greeted with some wise words from Abdul-Ghani Al Iryani, a political analyst and founder of Tawq, Yemen’s Democratic Awakening Movement: “In the fight against al-Qaeda and the extremism it represents, we can do it the easy way, by killing, and thus have to do it again and again, or the hard way and really solve the problem. To truly fight al-Qaeda and similar groups, we must deal with the root causes of its growth – poverty, injustice, lack of rule of law…and drone strikes.”

That last part – Iryani’s inclusion of drone strikes as a root cause of extremism -seems to be lost on the Obama administration (as it was with the George W. Bush team).  In what has come to be a trademark “kill-first-analyse-later-only-if-challenged” intervention style, Obama has authorised nine drone strikes in Yemeni territory since July 28, in a kneejerk response to intercepted Internet “chatter” suggesting an imminent terrorist attack against Western targets somewhere in the world.

To date, 38 individuals labelled as “suspected militants” have been assassinated, although US officials admitted to The Washington Post that they have “no indication that senior al-Qaeda operatives in Yemen have been killed…It’s too early to tell whether we’ve actually disrupted anything. What the US government is trying to do here is to buy time.”

So, basically, the US government is pre-emptively retaliating in response to a vague threat by infiltrating another country and killing people without any certainty of who they are, whether they are involved in an internal struggle or trying to kill Americans, or if their murder would actually have any effect – “just to buy time”.

Innocents caught in the crossfire

When we were in Yemen, we met with many families whose loved ones were injured or killed by drone strikes – becoming “collateral damage” as the United States (sometimes with the Yemeni government’s overt or covert cooperation) killed anyone suspected of affiliation with al-Qaeda, along with their unfortunate companions and neighbours.

Here is just one of the many stories we heard as we travelled the country:

It was 9 am on a Tuesday and Ahmed Abdullah Awadh was at home with his 26-year-old son, Majed, in the small village of Ja’ar in southwestern Yemen. Suddenly, they heard a loud explosion. The house of Awadh’s neighbour, a man he described as “an ordinary taxi driver,” was hit. Everyone in the largely residential neighbourhood, including Awadh and his son, ran to see what happened and help rescue anyone who was hurt.

The 33-year-old taxi driver was dead; fortunately, the rest of his family had not been at home. Fifteen minutes later, as neighbours were still sorting through the rubble, there was a second strike in the same spot. This time, with almost the entire neighbourhood concentrated in one location, the entire block was reduced to rubble, about 20 residents were injured and another 14-26 died – including Majed.

“Majed was burned over 50 percent of his body,” recalled Awadh through an interpreter. “But there is only an emergency clinic in Ja’ar, and they said he was too seriously injured to be treated there. The nearest hospital is in Aden, and the main road was closed. It took four hours to get there. I held him in my arms while we were driving, and he kept bleeding. On the third day in the hospital, at 2:30 am, Majed’s heart stopped and he died.”

Was the taxi driver actually affiliated with al-Qaeda? Awadh and his fellow residents – and American citizens, whose taxpayer dollars pay for this warfare – will never be told. They were merely left to pick up the pieces.

Faisal bin Ali Jaber, a Yemeni engineer who lost his cousin and brother-in-law in a drone strike in August 2012, published an open letter  to President Obama and Yemeni President Hadi. He wrote that his brother-in-law was an imam who had strongly and publicly opposed al-Qaeda, and that his cousin was a policeman. “Our town was no battlefield,” he said.

“We had no warning. Our local police were never asked to make any arrest. Your silence in the face of these injustices only makes matters worse. If the strike was a mistake, the family – like all wrongly bereaved families of this secret air war – deserve a formal apology. To this day I wish no vengeance against the United States or Yemeni governments. But not everyone in Yemen feels the same. Every dead innocent swells the ranks of those you are fighting.”

Even when drone targets are confirmed affiliates of AQAP (al-Qaeda in the Arabian Peninsula), we were told that in most cases they could have been easily arrested and brought to trial, if the political will existed. And then there is the fact that many of the so-called “targets” have no possibility, or intent, of harming Americans.

One family we met told us that their 17-year-old son had been imprisoned on a trumped-up charge by former Yemeni dictator Ali Abdullah Saleh, kept in a tiny cell and terribly abused. While in prison, he met some members of al-Qaeda and decided to join them in anger at his government – not at the United States.  Yet, he soon became fodder for US drones.

Should the United States be free to intervene in Yemen, a country with which it is not at war, and assassinate anyone it suspects of terrorist affiliations, along with the unlucky individuals who happen to be around them?

Yemen’s Interim President Hadi seems to think so, since he has given his consent to President Obama. But the Yemeni people have answered that question with a resounding “No”. Although their brave, historic vote was only reported in international media such as Al-Jazeera and Press TV, a nearly unanimous majority of the 565 participants in Yemen’s multi-party National Dialogue Conference – the grand effort to bridge the many internal divides and reach consensus on the future for the country – voted last month  to criminalize drone strikes and all other forms of extra-judicial killings.  Under the governing rules of the NDC, once the conference completes its work in about a month’s time and a new constitution is drafted, the ban against drones is required to become law.

There are many critics of the NDC, but it is the most democratic institution that exists in Yemen right now, and as such has been embraced by the United Nations, the Gulf states and Western nations – including the United States. However, despite the vote against drones, the attacks continue.

“Despite all of Washington’s recent commitments and actions in supporting the transition towards democratic elections in Yemen, the drones did nothing but edge Yemenis in the opposite direction,” wrote Farea al-Muslimi, a Yemeni youth activist, in The Independent . “More than 10 million Yemenis remain in need of humanitarian assistance, but none of that is on the tongues of policymakers in the West…Instead, the US suddenly, via the drones, sent a message that (the NDC) and its delegates are much less important, and would be taken less seriously, than the shared enemy of both Yemenis and the US – al-Qaeda.”

There are other ways to ensure our national security, although it requires more thought and effort in the short term: 1) Improve the quality of our intelligence, and work with the Yemeni government to arrest and try those individuals who are actually linked to terrorist plots against the United States. Leave action against those who have internal disputes to Yemen. Yes, that was difficult in the past when the country was led by former President Saleh, who tried to curry favor with both the United States and al-Qaeda.

But there is a new order now and Yemen deserves the chance to act as a sovereign body. If not, we will delegitimize an already weak government in the eyes of its people – a consequence that will carry its own blowback. 2) Increase our non-military aid to Yemen to focus on the root causes of social discontent – poverty and lack of employment opportunities high among them.

If the United States truly supports and wants to encourage democracy as every American politician claims, then it is time to put our “money where our mouth is”. Real political leadership and courage requires listening to and respecting the voice of the people, not just the transitional leaders, most of whom are hold-overs from the old regime and firmly in our orbit.  Let’s give them a chance to run their own country.