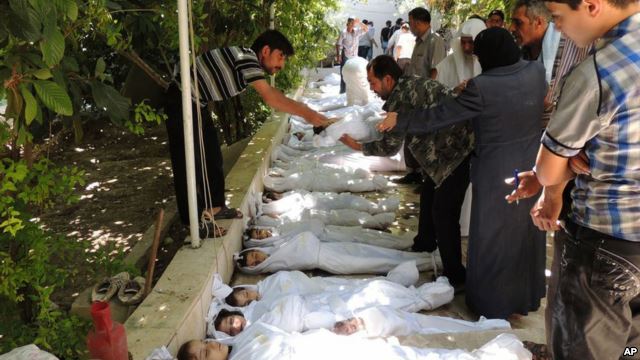 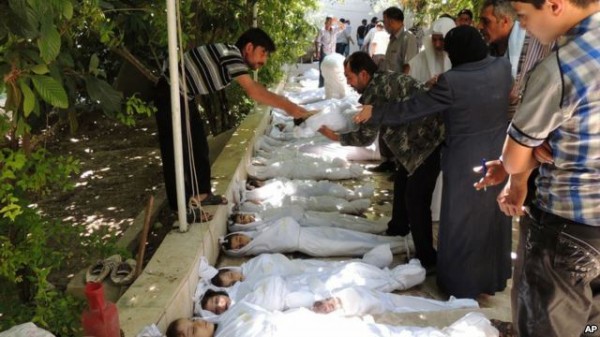 UNITED NATIONS — The United Nations secretary-general says the U.N. chemical weapons inspection team that is in Syria must be allowed to quickly visit the site of Wednesday’s alleged poison gas attack. Ban Ki-moon’s office says it has made a formal request to the Syrian government and expects a positive response “without delay.”

U.N. Spokesman Eduardo del Buey said the U.N. chief remains “deeply troubled” by the reports of the government’s alleged use of chemical weapons in a Damascus suburb that activists say killed hundreds of people.

“The secretary-general believes that the incidents reported yesterday need to be investigated without delay,” he said. “Since yesterday he has been in touch with world leaders on the matter. He has instructed Under-Secretary-General Angela Kane to travel to Damascus.”

Kane is the U.N.’s top disarmament official and her office has been dealing with Syrian chemical weapons allegations for the past five months. She visited the Syrian capital in late July to finalize the agreement that allowed the U.N. inspectors to finally enter Syria this week.

A U.N. official said she would depart for Damascus “fairly soon.”

The team of about 20 experts from the Organization for the Prohibition of Chemical Weapons and the World Health Organization arrived in Damascus Sunday to investigate three prior reported poison gas incidents.

U.N. Spokesman del Buey told reporters that Ban Ki-moon wants the Syrian government to grant the necessary permission and access to the team so it can quickly investigate Wednesday’s allegations.

“A formal request is being sent by the United Nations to the government of Syria in this regard. He [the secretary-general] expects to receive a positive response without delay,” he said.

The often divided U.N. Security Council has expressed its support for the secretary-general’s call for an impartial and thorough investigation, saying there must be clarity on what happened.