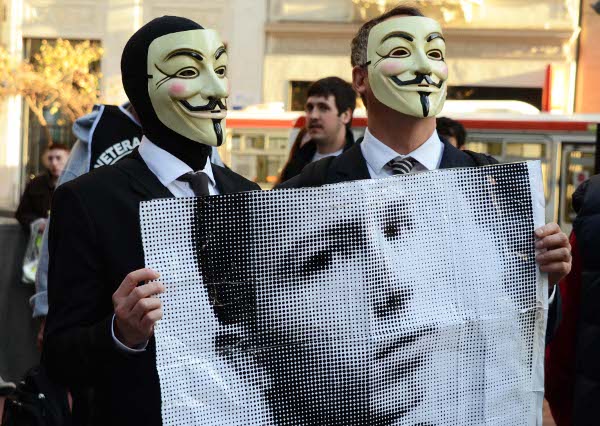 FORT MEADE, MARYLAND — The military and the government have deemed U.S. Army Private Bradley Manning a lawbreaker. But supporters say he a whistleblower, and they have spoken out after a military judge sentenced him Wednesday to 35 years in prison for giving U.S. secrets to WikiLeaks.

Shocking. Unfair. Those are the words supporters used to describe Bradley Manning’s 35-year prison sentence for giving U.S. secrets to WikiLeaks – secrets that sparked a dialogue about the activities of the U.S. military in Iraq and Afghanistan.

Manning’s lawyer, David Coombs, told reporters outside Fort Meade, near Washington, that the lengthy sentence brought him to tears.

“When I heard the sentence I thought to myself, I’ve represented hundreds of clients. My clients have ranged the full spectrum of people offenses – from people who’ve committed murder to people who have molested children – and those types of clients received less time that PFC Manning,” said Coombs.

The military judge ordered Manning to be dishonorably discharged for his part in the biggest breach of classified documents in American history. The government has called his release of information “destructive” to U.S. interests.

But Manning’s lawyer likened the army private’s actions to anyone who legitimately exposed wartime truths. He called his case a watershed moment in press freedom that threatens the flow of information to the public.

“The loser is anybody who hopes that we will have whistleblowers in the future willing to come forward, because, as I said before, this does send a message, and its a chilling one, and it’s endorsed at the very highest levels,” he said.

About 20 supporters gathered outside a busy highway at the entrance of the fort ahead of Manning’s sentencing.

Farah Muhsin defiantly held up a sign that read “Thank you, Bradley Manning,” even as some drivers in the military town honked and shouted obscenities out of their windows.

“Bradley Manning did the right thing in my opinion. He saw war crimes and he refused to be quiet about it,” said Muhsin.

Not all in the military community disapprove of Manning’s actions. Take Ken Howland, for instance. The former military medic in the Vietnam War protested at Fort Meade in support of Manning for hours. He told VOA he, too, would have leaked information if he thought it exposed war crimes.

“Soldiers’ duty, honor country, and you might add the truth. That’s rather important and that’s something worth fighting for, but people should know what’s going on and he made an effort to do that,” said Howland.

Manning’s lawyer says the next step will be to appeal to the military’s convening authority to try to reduce his sentence. He also is filing a request to have the president pardon Manning.

Manning writes in a letter read by his lawyer that if the president does not pardon him, he will serve his time knowing that sometimes you have to pay a heavy price to live in a free society. He could be eligible for parole in about seven years.