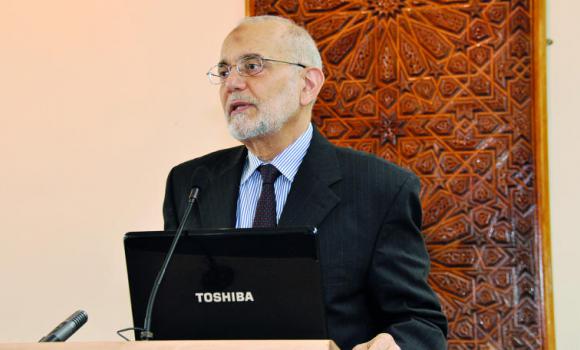 The four-day international conference for a better understanding of Islam and the problems facing Muslim youth kicked off at the Islamic Cultural Centre in London last week (from the 17th to the 20th) before moving on to Manchester then Birmingham.

The theme of the program, organized by the Forum for Social Studies, a nonprofit organization based in the UK, is to promote an understanding of the reasons and solutions behind the radicalization of Muslim youth.

It was inaugurated by Jamal Badawi, the keynote speaker, who dealt with the subject and shed light on its reasons. Badawi defined radicalism/extremism, its scope, religious extremism, an Islamic perspective on radicalism and how to de-radicalize society.

He said the bottom line is any past practices and juridical interpretations of Islamic literature are not conclusive in themselves and that a proper methodology of interpretation is important.

He stressed the need for balance, as extremism is rejected in the Qur’an and the Sunnah.
Balance is achieved through managing individual, collective social needs, individual freedoms and divinely rooted social ethics. Balance is also contingent upon the rule of law, compassionate implementation, prevention, rehabilitation and de-radicalization.

External partial causes of radicalization, he said, are injustice, discrimination, stereotypes, xenophobia and a generalized disrespect for human dignity. Shabir Ally discussed how violence and extremism run in contravention to prophetic teachings.

Tasneem Zaman talked about changing hearts by eradicating poverty, achieving economic development, support, education, charity, employment, counseling and respect in society. Zoran Salahuddin from Serbia spoke about the deplorable conditions of Serbian Muslims. He said there are Muslims but no understanding of Islam and there is need for books and more dawa work.