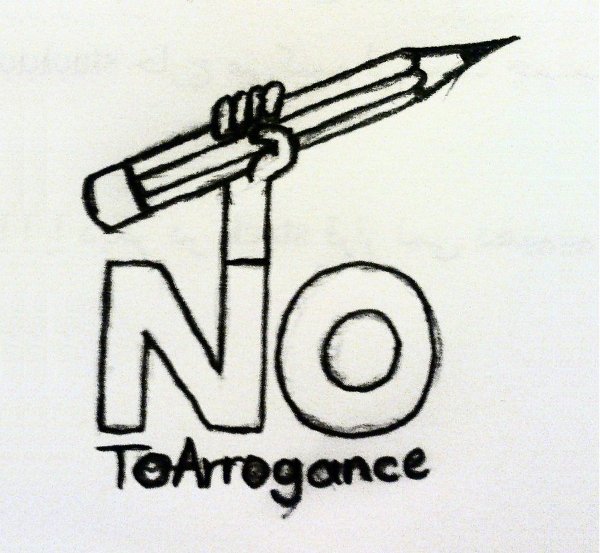 The disease of pride and arrogance deletes all traces of goodness and piety. This is the worst vice in causing havoc to Deen and a regrettable disease to have for the followers of this perfect and exalted religion. It launches a direct attack on beliefs and principles. If ignored and overlooked for sometime it becomes fatal and incurable, and gives rise to other spiritual maladies and vices, which are no less than four in number, as, mentioned below:

1.  Being deprived of truth and truthfulness. The heart becomes blind to the verse dealing with knowledge about Allah. It is a very grievous vice in which the mind of a man becomes dull and impervious to the understanding of Deen. Allah has said in the Holy Quran:

“I shall turn away from My revelations those who show pride in the world wrongfully.” (7.146)

Allah has said in another place in the Quran:

“And in this way Allah does put a seal on every arrogant disdainful heart.” (40.35)

2.  The wrath and punishment of Allah fall on the jealous person. Allah has said:

It is narrated that Hazrat Moosa

asked exalted Allah: “Oh my Lord! Who is the most deserving of your wrath and displeasure?” Allah Ta’aala told him:

“ It is he whose heart is filled with pride and his tongue is filthy (i.e. Abusive), his eyes are devoid of shame, his hands are miserly and he is of bad conduct and character.

3.  Allah will put the proud to disgrace and ill-repute (dishonour) in the Hereafter.

Hazrat Hatim Asam (rahmatullahi alaihi) has said: “Do not die in a state of pride, greed and arrogance.”

Allah does not cause the proud fellow to meet his death unless he is disgraced and dishonoured by his own family, relatives and servants.

Similarly the greedy does not meet his death unless he becomes destitute for a morsel of food and a drop of water.

In the same way the arrogant person does not meet his own death unless being polluted with his own excrement and urine.

4. The proud renders himself liable to Hell in the Hereafter. It occurs in a Hadith Qudsi:

“Pride is My cloak and grandeur is my trousers. If anyone disputes with Me in any one of these (two) I shall admit him into the Hell-fire.”

In the other words, pride and grandeur are two exclusive attributes of Allah, which none is allowed to apply and ascribe towards himself.

It is imperative to refrain from such a dangerous and deadly calamity which leads to loss of knowledge of Allah, inability to understand the commands of Allah, His displeasure, disgrace in this world and the Hereafter and painful torment therein. No wise person can be neglectful in the matter of such a harmful and destructive calamity.

We should, therefore, try to save ourselves from this and seek refuge from Allah.

This is a brief account of the four calamities, mentioned in the beginning. Each of these four adversities are very harmful and dangerous in the sight of those wise and knowledgeable persons who are aware of the importance of the reforming of ones heart.

Those are the four disease and vices that stem from having pride. How many of us are there that can honestly say, without deceiving ourselves that we are free of this hated ailment?  Not many, is the answer. It is imperative that we take heed from this article and we bear in mind the punishment promised by Allah Ta’ala to those with pride in their hearts.

Pride as a sin is incorrectly considered to be insignificant and minute in comparison to other major sins, by a vast majority of the people. It may be that compared to the major sins like murder and associating partners with Allah, it is slightly inferior. But that is only because of the magnitude of those particular sins that pride is considered a lesser sin.

In a Hadith of the Holy Prophet

it is narrated that,

“Whosoever has in his heart, even a atom of pride he will not enter paradise.”

In observing the above Hadith, it is of utmost importance that we get rid of this spiritual malady, if we hold any illusion or hope of entering paradise.

Remember that we do claim to be the followers and believes of Islam and we claim to be Muslims, so how then can we still have pride in ourselves? For the very meaning of Islam is to submit totally and conditionally to the worship of the Supreme Being, Allah Ta’ala and as Muslims it is incumbent upon us to get rid of every drop of pride, superiority and haughtiness within us, as we are small and inferior in comparison to the Supreme Being, if such comparison can be made. So let’s try and act upon the very essence of our religion and our adjective as Muslims and submit and surrender ourselves to the worship and pleasure of Allah Ta’ala.

Tags: disgrace and ill-repute disgraced and dishonoured pride and grandeur spiritual maladies and vices spiritual malady The disease of Pride traces of goodness and piety