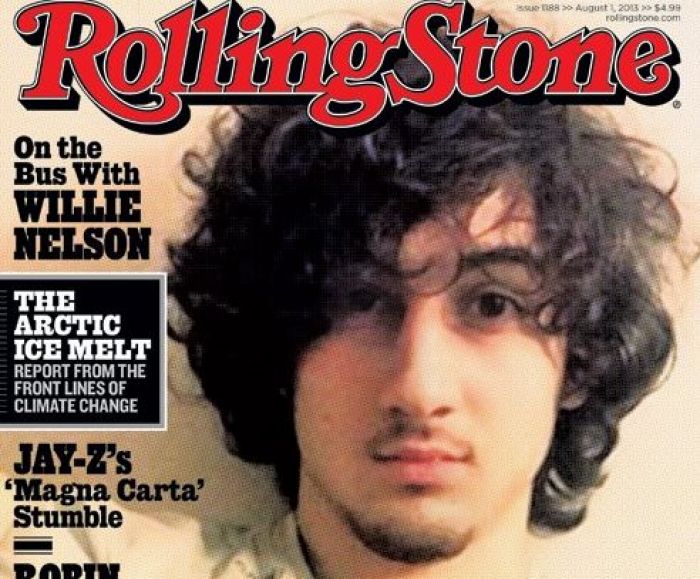 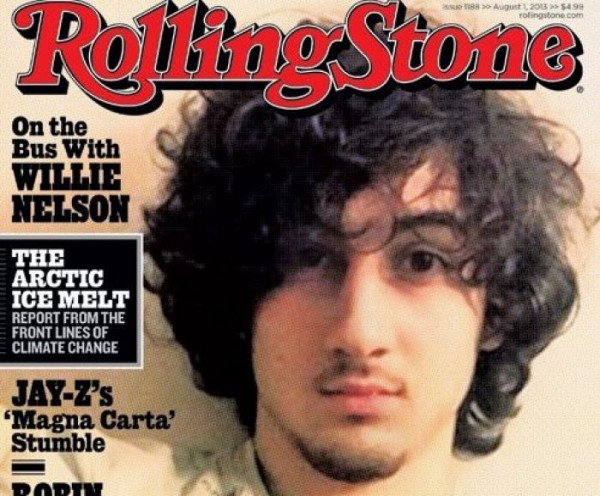 In a week filled with realizations that “wait, this country is still inherently racist from the moment it wakes up to the moment it sleeps,” perhaps the most complex and invisible bit of empirical evidence has thrown itself into the ring last minute, and somehow it’s related to print journalism that dinosaur your parents talk about when they’ve had a little too much to drink.

In a move that has shocked people who don’t know what to make of dark features on magazine covers without the word Kardashian floating around, Rolling Stone has placed Boston Bomber Dzhokhar Tsarnaev on the cover of its August 3 issue. The story, entitled “Jahar’s World,” is an investigative piece that purports to shed light on the man behind the terrorist, and how a “popular, promising student was failed by his family, fell into radical Islam and became a Monster.” So you know, light beach reading.

The reactions since Tuesday evening, when Rolling Stone put the cover online, have been emphatic, with many claiming that the cover glorifies and glamorizes Tsarnaev (and thus, terrorism) by making him look like a rock star, (claims that are more a reflection on the context that comes with a rock magazine cover and with the way Tsarnaev’s hair flows like Jim Morrison’s, an uneasy sight that proves even alleged terrorists are capable of getting good genes). Massachusetts Governor Deval Patrick has called the cover “out of taste,” while pharmacy and fluorescent-light enthusiasts CVS and Walgreen’s have banned the issue  “out of respect for the victims of the attack and their loved ones.” The Facebook thread that resulted when Rolling Stone uploaded the cover was filled with similar cries of boycott, with some even decrying, “Rolling Stone is a music magazine, not the Taliban Times!” (Nailed it.)

Of course, Rolling Stone has dipped its toes in politics far more than critics are giving them credit. Just three years ago, RS journalist Michael Hastings’ interview with General Stanley McChrystal led to his forced resignation by the Obama administration. (Hastings was killed in a car accident earlier this year, though rumors of foul play as Hastings was apparently on the tip of another big story have been floating around ever since.) And Matt Taibbi has largely become the leading American journalist in all matters relating to the great financial collapse, and the still-unpunished wrongdoers on Wall Street. And in the past, other notable non-role models have appeared on the cover, like Charles Manson and O.J. Simpson.

So no, Rolling Stone is not just a music magazine has never been, should never be. Politics has always been a vital, at times overshadowing, beat for the publication. So take a big breath you guys, because there is nothing harder to tackle than the notion of being racist and not even realizing it a little bit. Because if something feels big, and it’s making you get loud, and somehow you’re not sure what you’re talking about exactly, chances are what you’re really talking about is race. (For appetizers, #NeverForget that The Weekportrayed the Boston brothers as being about 50 shades darker than their actual skin tone.)

Reactions to the Rolling Stone cover image are undeniably tied to a host of big picture topics, like the role of the mainstream media or the time it takes to emotionally process a large-scale event, but what it really comes down to is that the most subversive way to present a monster is by humanizing him. Besides, if you want to pinpoint the most sickening bits of media coverage regarding the Boston bombing, look no further than the constant claims of breaking news during the actual 72 hours that comprised the event. So-called objective journalists clapping when Tsarnaev was savagely beaten, arrested and allegedly not read his Miranda Rights should make us more ethically queasy than a cover that makes someone look like a normal person (especially when that’s, you know, the entire thesis of the story itself).

What makes the cover a difficult case study in cultural digestion is that it is asking readers to face the rather unnerving fact that terrorists look like people we know, look like us, our friends they look even a little bit like me, dear reader, as my last name could probably attest. Sure, we could zoom out and say that it’s also protected under free speech, but that would be to acknowledge that the cover is controversial, but legally protected (which is beside the point. We could say that Rolling Stone is attempting to build buzz, and coverage of the controversy is exactly what they want which might contain a grain of truth; magazines are hurting, after all. We could call the cover in poor taste (though to me it’s less insensitive than it is conceptually uninteresting), but all of this gets away from the simplest (though emotionally abstract), and most unsettling answer, which is that Tsarnaev doesn’t look scary enough for a story about a person who scares us.