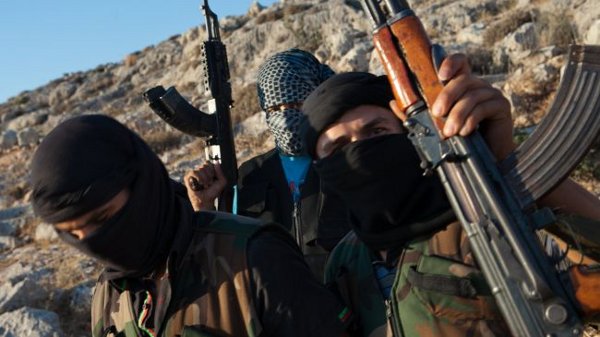 PanARMENIAN.Net – Mounting evidence of a growing number of Britons joining jihadist rebels in Syria has prompted negotiations between the UK and a number of other European countries, amid fears that veterans could return to mount terrorist attacks in Europe, The Independent reports.

Experts are warning that Ramadan, which begins on Tuesday, July 9, will spark an increase in Muslims going to fight in Syria’s brutal civil war, creating a new generation of trained extremists.

Police and intelligence agencies have long been aware of a steady flow of young Muslims travelling to places such as Somalia, Nigeria, Mali and Pakistan to fight. Police in Tanzania reported they had arrested a man named locally as Ahsan Ali Iqbal, 19, said to have a British passport, who is suspected of involvement in unspecified “terrorism activities” in the UK.

However there is growing alarm at the numbers now travelling to Syria, and a British-led European initiative is being launched to counter the threat. Measures being considered include making it illegal to travel to take part in jihad, banning specific organizations, freezing bank accounts, deporting Muslim preachers, and even taking away “social benefits”.

The Home Secretary, Theresa May, is leading discussions between a group of European Union member states, understood to include France, Denmark, Belgium, Spain, Sweden, the Netherlands and Ireland, to look at ways of combating the threat posed by so-called “jihad tourism”. The group was formed after a meeting last month of senior ministers in Luxembourg, where the issue of foreign fighters was made an EU “key priority”.

There have been a number of UK arrests in the past year of people going to or from Syria. At least two young Britons have been killed fighting with the rebels – part of a global death toll that includes people from 29 different countries. Yet it is those who survive and return who are causing the greatest concern.

The Foreign Office minister Baroness Warsi said the UK had gathered “credible evidence that up to 100 young British people, or people connected to the United Kingdom, are out there fighting” – although experts claim the real figure is higher.