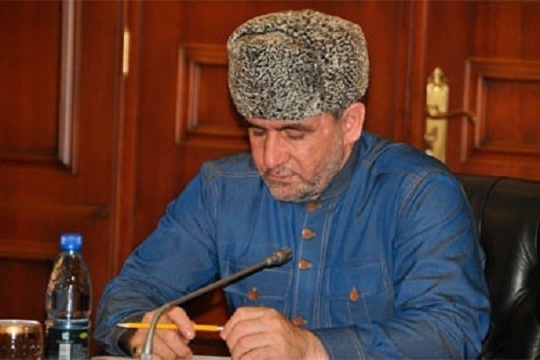 “There is not a trace of jihad in Syria. What is going on in Syria is a fratricidal war, and all those going there to fight, be it Chechens or Muslims of a different ethnic background, should bear in mind that they are going there to defend America’s interests and the West’s geopolitical interests,” Mirzayev said on the Voice of Russia radio station.

He said he could not explain the reason for Chechens to fight in Syria, noting only that “these are lost people.”

“Whoever the U.S. declares a tyrant, there will be the same mess,” and Libya is a good example of this, he said.

“And if the U.S. attains its ends in Syria, then another country, like Jordan or some other, will be the next. And it turns out that Muslims are putting into practice America’s plans with their own hands. Mind that America supported the Shiites in Iraq, and now they support the Sunnis in Syria. Why is this being done? It’s being done deliberately to set the Sunnis and the Shiites against each other,” he said.

Mirzayev issued a fatwa saying that the developments in Syria are a ‘fitna’, i.e. a conflict aimed at exterminating the Muslims.

A group of Muslim scholars led by Sheikh Yusuf al-Qaradawi in Egypt issued a fatwa in mid-June, which declared binding any kinds of jihad against President Bashar al-Assad’s regime.

Mirzayev said in commenting on this, “Yusuf al-Qaradawi is serving not Allah but America today. He called [former Libyan leader Muammar] Gaddafi a kafir, even though he helped Muslims of Northern and Central Africa. He created a state where water, electricity, and gas were free. Will you find another such state? Perhaps it’s Qatar, where al-Qaradawi is enjoying his life? He also called for jihad in Chechnya earlier, but we explained the situation to him,” he said.