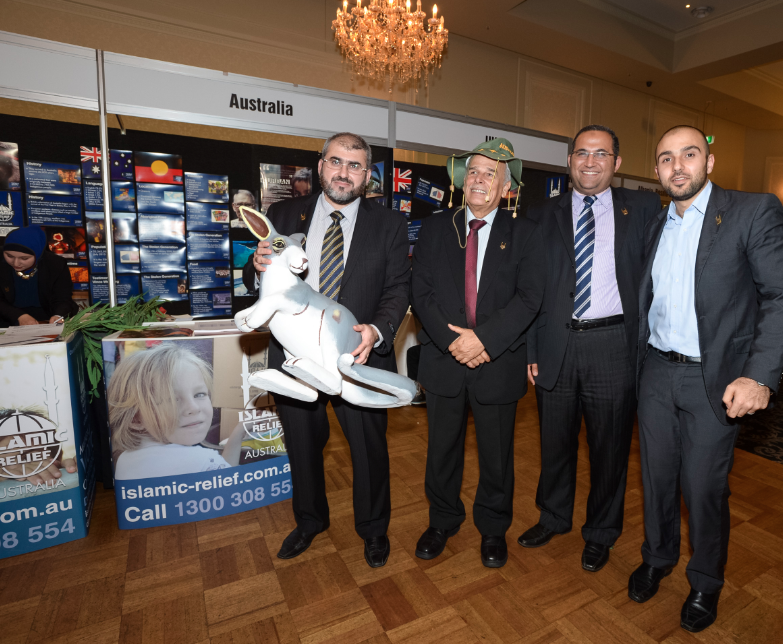 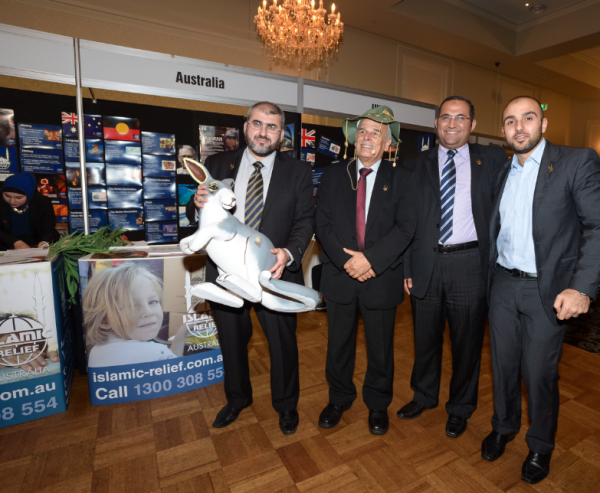 The event, which presented the efforts of Islamic Relief worldwide using an exhibition style presentation, displayed the projects that they are currently undertaking in 44 countries.

Islamic Relief Australia also used the event to launch a new initiative called Gift Of Hope – giftofhope.com.au –  will enables donors to buy gift cards of charity online by supporting projects that Islamic Relief conducts globally. A Gift Cards is sent to a recipient with a message about the project and the donation made on their behalf.

The 44 countries Islamic Relief operates in consist of 30 countries in which there are field offices, which deliver:

• Seasonal projects such as Qurban & Ramadan

The World Expo 2013 was attended by many Islamic community leaders and senior local, state and federal politicians The Grand Mufti of Australia Dr Ibrahim Abu Mohammad was presented with a token of appreciation by CEO of Islamic Relief Australia Muaz AlHaj for his support of Islamic Relief in Australia and his work on behalf of the Muslim community.

The MC of the night Mohamed Zaoud also spoke about the current humanitarian crises which require ongoing support in countries such as Syria and Afghanistan.

An update on the situation in Afghanistan was given by the current Institutional Programs Manager Fadlullah Wilmot who has just returned from being Islamic Relief Country director in Afghanistan.

A live interview was conducted with Martin Cottingham, Media & Advocacy Manager at Islamic Relief UK Office as well as Islamic Relief Country Director of Syria Ahmed Mogazi to update the audience on Islamic Relief efforts in their respective countries.