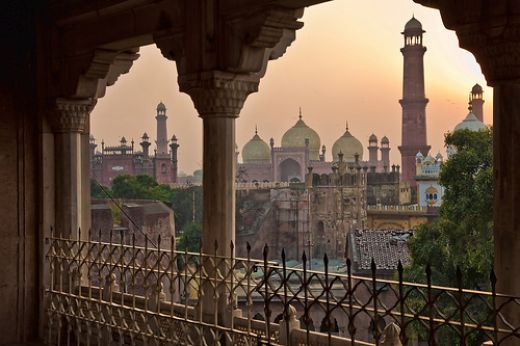 Allah has created our life in a very unique manner. The things we require, in fact what every creation requires, He has provided them for us. And we humans have many more necessities than any other creation.

Amongst His creation is the system of day and night, and the sun and the moon. Based on this system, we design our own unique system comprising of hours, days, weeks, months, and years. All of our dealings from transactions to marriages are connected to this system. We require it, use it, and make elaborate calendars from it.

Animals do not need this phenomenon. The most that animals require is the fluctuation of the seasons. When winter comes, they know to start preparing for it either by migrating to a warmer climate or simply hibernating in the present one. A similar situation is with trees and flowers. Fall marks their death, and spring [marks] their return. But because [human] needs are much more expansive, Allah has created more facilities for them.

Allah Most High says, “We have made night and day as two signs. We made the sign of the night devoid of light, and made the sign of the day radiant that you may seek the bounty of your Lord and know the computation of years and numbers. Thus We have explained everything in detail, to keep everything distinct from the other.” (Qur’an 17:12)

As such, the sun and moon were made instruments of time. By using them, we make our calendars. From the sun we determine the hours of the day and night. But by merely examining it, we can easily lose track of weeks and months. To make a calendar based on the sun, a complex mathematical system is required. The lunar calendar on the other hand is much simpler than that; an average individual can set his dates according to it without any hassle. In fact, ancient civilizations based their calendars upon the moon. The Gregorian calendar we use today came into existence much later. When Islam came, the Muslims also adopted the lunar calendar. Although other nations used them, Muslims considered it as the Islamic calendar when they adopted it. All Islamic rulings which are connected to days and months are according to the Islamic calendar. For instance, a women’s period of ‘iddah (the period of time a widow spends after her husband’s death) is 4 months and 10 days. All of the Fuqaha (jurists) agree that this will be based upon the Islamic calendar and not the Gregorian calendar.

How unfortunate is it today that if any Muslim is asked regarding the current Islamic month or date, he will not be able to answer. The reason is obvious: neither do we use it nor do we know anything about it; we do not concern ourselves with it. There is no doubt that if a person involves himself with it for the sake of reward, he will be rewarded; but more importantly, it is necessary to be involved with it because it is part of our Islamic heritage and civilization. In fact, anything connected to our heritage and civilization must be adopted by us whether it is the Islamic calendar, clothing, or style of living. A nation without its heritage is worthless; only when it is connected to its heritage does it deserve to be called a nation.

This brings on another point: the difference between a qawm and an Ummah. A qawm is a group of people connected to a specific region, language, tradition, and so on. This connection is something inherited from generation to generation and its people are recognized through this connection. Another type of connection is the connection to a prophet. This is called an Ummah. It too has a specific heritage and culture. For instance, when asked what is the qawm of the Prophet sallallahu `alayhi wa sallam, we will say the Arab. When asked if he was only sent to them, the reply will be no. In fact, he was sent to the whole world as is mentioned in the Qur’an:

“To you all” refers to everyone till the Day of Judgment, making them all his Ummah. So just like a qawmhas its culture and heritage, so too does an Ummah. We learn our culture and identity from the Qur’an and the Sunnah.

Just like how Allah has made everything easy for us, the culture and heritage of Islam is also easy and flexible to adopt. For example, regarding clothing, Allah says, “O Children of Adam! Indeed We have sent down to you a garment which covers your shame and provides protection and adornment. But the finest of all is the garment of piety.” (Qur’an 7: 26)

The ruling from Allah regarding clothing has one main condition: to cover the private parts. Besides this there is flexibility. If you live in a cold environment, you can wear thick material to protect from the cold. For those living in a warm environment, they can wear a material of thinner quality so long as it covers and hides their private parts. Allah did not mention any shape or size, but rather left it to our discretion. Along with this, Allah also mentions a principle to protect the Islamic identity and heritage: out of all the garments that can be worn, the garment of piety is the best. What constitutes as the garment of piety? It is that garment from which an onlooker can recognize and identify the signs of piety. When he sees it, no matter where he is from, he gets the impression and the idea that this person possesses fear of Allah, concern for the hereafter, and the fervor to follow the footsteps of the Prophet sallallahu `alayhi wa sallam. That is libas al-Taqwa (the garment of piety). Whatever that dress or appearance may be, it is the Islamic identity and culture. And if a person leaves this and adopts the culture of another, then he is from amongst them. It is not possible for a person to claim to be part of a specific culture, yet adopt the ways of others. Thus, if we claim to be Muslims, then we should adopt the Islamic culture (thaqāfah).

If we recognize the Islamic culture but are deficient in following it, and we consider it as a deficiency on our part, then there is hope that Allah will allow us to change ourselves. But those who disregard the Islamic culture, adopt the culture of others, and consider themselves as doing the correct thing, then they are people whose mind-set has completely changed. (There example is of a sick person. Everything sweet tastes bitter to them, and everything bitter tastes sweet. The problem is not in the food, but the problem is in the person. So long as that sickness remains, this will be his condition. Only when the sickness is removed can he distinguish between sweet and bitter.)

For instance, many women do not wear hijab and do not cover themselves in the manner prescribed by Islam. At one level is to not act upon an Islamic injunction. At another level is to not act upon the injunction and justify disobedience as correct to such an extent that those who follow the injunction are looked down upon and considered as wrongdoers. Putting aside all the detailed rulings and commandments, the question is a simple one: has Islam commanded it or not? Once established that it has been commanded, then how can something proven through the Qur’an and Sunnah be regarded as defective and flawed? This also applies to men who neither act nor appear like the way they should. To consider ourselves at fault results in the possibility of us following it in the future [through divinely granted ability]. But to consider the actual injunction as faulty, and to look at those who follow it disgracefully and with eyes of disgust, is a very dangerous state because in essence we are considered what the Prophetsallallahu `alayhi wa sallam practiced and encouraged as being defective. This is what we should be focusing on and reforming because this is our culture and our identity, our thaqāfah.

When we see an individual with a specific type of beard and a specific type of turban, we recognize that he is a Sikh from a distance. How did we know he’s a Sikh? Did we ask him his name? His faith? His religion? We asked him nothing. Yet, from a distance, just by looking at him we were able to recognize him as a Sikh. And just as you and I recognized him as such, the whole world recognizes him in the same manner. Perhaps he will be recognized like that in the hereafter and be dealt with in a similar conduct.

In this manner, each nation has its own culture and identity. We also have our own. Today this is the fight we face: the demand and pull from each nation to follow its culture. At times this is even forced down upon us. Sadly though, we tell them not to force it because we eagerly accept it and in fact progress in it. This is something we need to think about with an open heart and mind. No doubt, trials and problems face us and await us, but if our ‘aqidah is that for every trial there is a solution from Allah, we will find it. The foundation is a person’s belief and certainty in Allah.

Falsehood appears and shows itself to be strong in the beginning. Whoever sees it and thinks it impossible to overcome, he has surely lost the fight. Whatever opportunity we have been given by Allah’s grace in this short life we must take full advantage of it and use it to obey Allah and follow His Messengersallallahu `alayhi wa sallam.