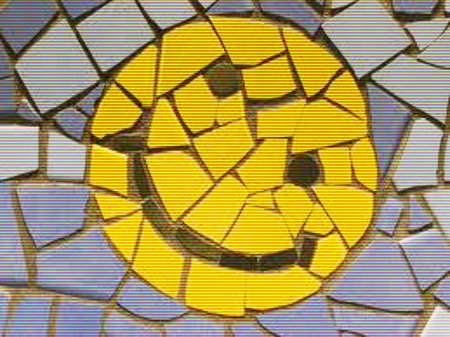 Happy ever after: We want it for ourselves, we want it for our kids, and we want it now. But what if everything we know about happiness is a lie? What if the relentless pursuit of pleasure is in fact making us miserable?

A growing number of psychologists and social researchers now believe that the ”feel-good, think positive” mindset of the modern self-help industry has backfired, creating a culture where uncomfortable emotions are seen as abnormal. And they warn that the concurrent rise of the self-esteem movement – encouraging parents to shower their children with praise – may be creating a generation of emotionally fragile narcissists.

Some therapists believe this positivity obsession is partly to blame for rising rates of binge drinking, drug use and obesity. The more that genuine contentment eludes us, the more we seek to fill the gap with manufactured highs. But as we try to anaesthetise feelings of sadness, failure and disappointment, our rates of depression and anxiety continue to climb.

”So many people now think, ‘If I’m not happy, there’s something wrong with me.’ We seem to have forgotten that feelings are like the weather – changing all the time; it’s as normal to feel unhappy as it is to have rainy days,” said Russ Harris, a British-born Australian doctor and author of The Happiness Trap, in which he argues popular wisdom on happiness is misleading and destined to make you miserable. ”Painful emotions are increasingly seen as unnatural and abnormal and we refuse to accept that we can’t always get what we want.”

As the ”happiness industry” of life coaches and self-help gurus has exploded, parents have been taught that self-esteem is the cardinal virtue for raising well-adjusted kids.

But it has had unexpected consequences. Researchers say the value of hard work has been replaced by the belief that every child is ”special” – a phenomenon fuelled by rampant consumerism and reality TV shows, which promise: ”If you want it enough you can have anything.”

Some of the world’s leading happiness experts now fear that the self-esteem juggernaut will leave future generations hopelessly ill-equipped to deal with life’s disappointments.

On Wednesday, some of those experts will converge on Melbourne for the Happiness and Its Causes conference. Among the delegates will be

Harris, and Carol Dweck, professor of psychology at Stanford University. ”More and more, parents are unwilling to let their children struggle,” she says. ”They want them to feel good at all times so they’re telling them how smart they are, they’re really showering them with what we call person praise – ‘you’re talented, you’re smart, you’re special.’ My research shows it backfires. It makes kids worried and tells them that the name of the game is to be smart.

”Then, when we give them harder problems they don’t do well and they lie about their performance because their ego gets so wrapped up in all of this. But if we give them what we call process praise – ‘you focused well, you tried hard, you used good strategies’ – then it makes them want hard things, where they can apply their effort and strategies and be resilient.”

Professor Dweck urges parents to talk to their children not just about their victories but their struggles. Like Harris, she maintains that accepting setbacks and unpleasant emotions, rather than trying to block them out, is the key to building resilience.

Already, clinicians are seeing the first casualties of the self-esteem movement entering therapy.

In a 2011 Atlantic article, US psychotherapist Lori Gottlieb reported that many young adults – largely from happy, loving, advantaged homes – were feeling confused, anxious and empty due to overprotective parenting that focused too much on happiness and shielded them from adversity. Thrust into the real world, even minor setbacks became catastrophic.

Australian social researcher Hugh Mackay addresses these issues in his latest book, The Good Life: What Makes a Life Worth Living, and says we must look beyond the pursuit of success and happiness as life’s main aspirations.

He believes that the self-help movement, which took off in the 1980s as a well-meaning antidote to rising rates of depression in Western society – born out of a turbulent period of social, economic and technological change – has morphed into a beast that sells happiness as a commodity.

”It’s been hijacked by the pop psychology movement to suggest that we’ve all got to look for positive outcomes, that we’ve all got to be bright, shining optimists and extroverts. It’s become an industry – there are conferences about it and a whole spate of books and talk shows and people on the lecture circuit who are feeding this idea that one of our emotions [happiness] is sovereign and that should be our default position.”

Instead of viewing happiness as an entitlement, Mackay maintains that a sense of wholeness and meaning is what brings satisfaction. Indeed, he points out that even those in the Buddhist faith are starting to question the Dalai Lama’s tenet that the very purpose of life is to seek happiness.

”We have to nurture our relationships, our engagements with other people, our responsibility for other people’s wellbeing – that’s what nurtures community, and we are sustained by those communities,” Mackay says. ”If we focus only on happiness we’re neglecting the richness of the full emotional spectrum and we’re overlooking the fact that you couldn’t make sense of happiness if you didn’t know sadness.”

New Zealand psychologist Chris Skellett knows this only too well. His book, When Happiness Is Not Enough, explores how a fulfilling life can only be achieved by balancing being happy in the moment, with a drive towards longer-term goals.

When he speaks at the conference this week it will be from a position of tragic, lived experience. Last month, his 21-year-old son Henry died suddenly and unexpectedly. While processing overwhelming grief, his understanding of the importance of the full range of human emotions has never been greater.

”The loss gives you access to a wonderful array of very real human experiences, especially the connection between people,” Skellett say. ”Sadness is tinged with an incredibly profound depth of appreciation of life. You’re acutely aware of what’s important. A lot of the things that preoccupied me before seem rather trite and superficial now. Now, I’m much more connected to the little things. I’m much more profoundly moved by music. A walk in the evening just seems like a gift.”