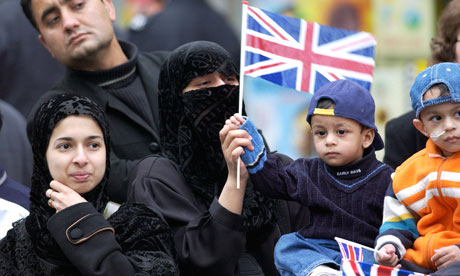 We don’t normally FactCheck other journalists, mainly because there’s enough spin from politicians to keep us busy.

But readers have asked for our take on a piece published on the Commentator website, which has generated a lot of online interest.

Vincent Cooper’s article, which has apparently attracted 2,600 “likes” on Facebook, suggests that birth rates among Muslims are much higher than among “native Europeans”.

The result is that, less than 40 years from now, the sound of church bells will apparently have been largely replaced by the Muslim call to prayer.

The article says it is based on “demographic facts”. What are the facts?

So there’s no doubt that the number of people who identify themselves as Muslims has grown rapidly in recent years.

We’ve tried to phrase that carefully, because most measures of population (the census, the Labour Force Survey) rely on people describing themselves as members of certain religious and ethnic groups, and people’s attitudes about how they identify themselves can change.

The Muslim population of Eastern European countries appeared to soar between 1990 and 2000, but the most likely explanation is that the population didn’t really grow – it’s just people felt more comfortable about identifying themselves as Muslim after the collapse of the communist system, in which religious self-expression was discouraged.

Similarly, some commentators have suggested that part of the apparent leap in the number of Muslims in England and Wales can be explained by a reaction to the “war on terror” and a growing willingness for people to claim Muslim identity.

The Muslim Council of Britain has said that the 2001 figure was an underestimate, because Muslims were reluctant to identify themselves as such at the time.

Nevertheless, it seems likely there has been a real increase in the Muslim population of Britain, due to a mixture of immigration and higher birth rates.

Mr Cooper concentrates on the issue of birth rates, and basically suggests that if fertility among Muslim women continues to be higher than other demographic groups, then extending current trends into the future will give us a Muslim majority by 2050.

That flies in the face of evidence which shows that, while fertility rates have historically been significantly higher among Muslims, birth rates are now dropping among Muslim immigrant populations in Europe and in Muslim countries.

While it is true that Muslim birth rates are currently higher than non-Muslims, current data suggest that it will not remain constant and that the gap will decrease. So while it is certain that there will be an increase in the number of Muslims due to higher birthrate the claim that Muslims will be the  “majority” in Britain by 2050 lacks evidence.