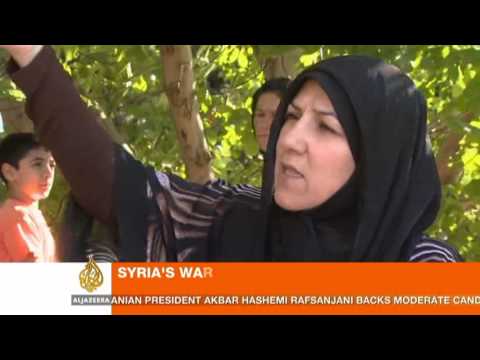 Lebanon’s army said it would immediately respond to any further cross-border attacks by the Syrian military after a helicopter gunship attacked the eastern town of Arsal. The helicopter fired two rockets towards the square of the town on Wednesday, wounding one person, in the first such attack from Syria on an urban centre inside Lebanon in the nearly 27-month conflict. Al Jazeera’s Hoda Abdel Hamid reports from Arsal.