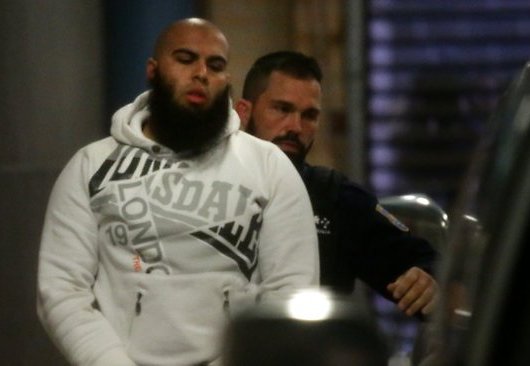 I have been closely involved in the ordeal over the past three years of my relative Milad Al-Ahmadzai, the 23-year-old who appeared in Burwood Court a week ago charged with threatening serious harm to a Commonwealth official. I write to give voice to the anguish and drowned cries of his heartbroken mother and pregnant wife, and also as a duty to the Australian public, who have a right to know the truth.

On the day that the government was questioned about the Australian Security Intelligence Organisation’s budget hike, Commonwealth officials conveniently leaked information to the media of the arrest of someone they had described as a “firebrand jihadist” with “demonstrated links” to terrorists. This was enough to cause a media frenzy at Burwood Court on Tuesday, with reporters and sketch artists taking front-row seats in the courtroom gallery.

Despite the allegations made against him, the media, the public and even our Prime Minister – who proudly announced Al-Ahmadzai’s arrest in Parliament this week, in breach of suppression orders – have failed to recognize that to date no such evidence has been presented by the Commonwealth, nor has Al-Ahmadzai been charged with any acts of terrorism or terrorism-related activities.

Instead, Al-Ahmadzai has been the subject of ongoing harassment and interrogation by Commonwealth officials who have had him under 24-hour surveillance since he was 19-years-old for posting an “anti-government” comment online.

And to what end? To arrest him four weeks after a threatening telephone call to a Commonwealth official made in a moment of sheer frustration. Frustration for having no privacy, for being ostracised from his family and friends, for being branded a terrorist without cause or evidence in the land where he was born.

Al-Ahmadzai is recorded as saying, “Come near my family again, I’m gonna slit your throat”. While his choice of words is obviously inappropriate, I believe it falls short of warranting him the title of “firebrand jihadist”. Rather, it seems this telephone call is a desperate plea to be left alone.

Had the threat been imminent, Al-Ahmadzai should have been arrested shortly after the telephone call was made. By virtue of their position such Commonwealth officials are “invisible”, rendering the warning made by the government to our troops this week to remain on “high alert” obsolete.

If this is the height of the government’s painstaking three-year investigation of an alleged home-grown terrorist, then they have undoubtedly failed miserably. They have failed to distinguish between real, imminent threats to national security and disenfranchised youth. Failed to spend tax payers’ money responsibly. And now failed to convince the public with their lame justification.

The reality is that Al-Ahmadzai poses no real threat. The only apparent evidence of his alleged “terrorism” so far is that he fits the stereotype: he is Muslim; has a long, black beard; doesn’t agree with Australian foreign policy and is not afraid to say so. He is passionate and perhaps a bit of a loud mouth. He is the perfect scapegoat for the government’s failures.

The length and scope of the investigations are quite telling. With up to eight official government motor vehicles following Al-Ahmadzai at any one time – often to find him visiting his local McDonald’s – no doubt Commonwealth officials were left frustrated and in dire need to justify their budget.

Interviewing his friends and family in the hope of demonstrating his terrorism only to find that he is a “caring”, “loving” and “considerate” young man, happily married and expecting a child, fuelled not only the frustration but also the cost. The longer the investigations carried on without success, the more vigilant officials became in trying to justify their investigation.

Meanwhile, Chinese computer hackers were stealing vital blueprints of ASIO headquarters. In the wake of recent events in Britain, Commonwealth officials saw the light at the end of the tunnel.

Al-Ahmadzai’s timely arrest on Monday is nothing short of a sly attempt by government officials to justify three years of wasted tax payers’ money on a young man who just wants to get on with his life. A young man who is excitedly anticipating the arrival of his first-born. A young man who is pained by the anguish of his mother and his young wife. A young man who has been isolated, ostracised and who is now the subject of another ploy in the government’s fear-mongering campaign to win the vote on national security.