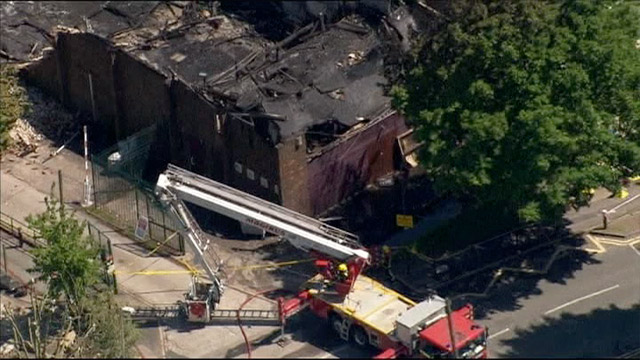 An Islamic center in north London was destroyed in a suspicious fire on Wednesday, June 5, to the shock of the Muslim community in Britain.

“We are in total shock that this has happened in our community but it will not stop us.

“All our neighbors have shown solidarity today and have been inviting us in for coffee and asking how they can help us rebuild.”

A blaze totally destroyed the two-storey Islamic center on Wednesday. A graffiti reading “EDL” was painted on the wall of the burned center, in reference to the far-right English Defence League. Scotland Yard said it was treating the fire at the Somali community center as suspicious.

“We are all shocked by what has happened,” Ali Abu, 30, of the Somali charity BritSom, told The Daily Mail.

“We condemn this attack. The situation is very serious at the moment. We are appalled and deeply saddened by this attack against a peaceful community.”

The arson comes days after the killing of a British soldier in a machete attack by two converts of immigrant origin.

“We were horrified at the death of Drummer Lee Rigby. We’re a peaceful community, but the people who did this just have hatred inside,” Ali told London Evening Standard.

The mosque attack is seen as the latest episode in anti-Muslim hysteria since the Woolwich attack.

“It is very concerning when we know that, online, there is a huge amount of anti-Muslim hate. We know that. When it moves into the physical world, it is extremely concerning.”

The EDL, which is notorious for anti-Muslim rhetoric, has blamed Muslims and their religion for the army soldier’s attack in Woolwich. The far-right group has staged several protests against Muslims and their mosques in the wake of the attack.

“I was shocked to learn of the fire at the Bravanese Community Center in Muswell Hill,” London Mayor Boris Johnson said.

“There is no place in an open, tolerant and diverse city like London for hate, for prejudice, for violence.

“I would urge people to give the police the time and space to investigate this incident fully. I have no doubt the Met will bring those responsible to justice.

“London is a city built on the strength of its communities. Londoners will see this for what it is – cowardly, pathetic and utterly pointless.”

“I am shocked by this attack in my constituency. This kind of hate crime is absolutely despicable,” Villiers said.

“We are a highly diverse, multi-ethnic borough with excellent community cohesion in Barnet. We should under no circumstances allow violent extremists to divide us with this kind of outrage.

“I am deeply concerned at the impact this disgraceful crime will have on those who use the center. They have all my sympathies at this difficult time.”

Britain’s 2.7 million Muslims have taken full brunt of anti-terror laws since the 7/7 attacks. A Financial Times opinion poll showed that Britain is the most suspicious nation about Muslims.

A poll of the Evening Standard found that a sizeable section of London residents harbour negative opinions about Muslims. 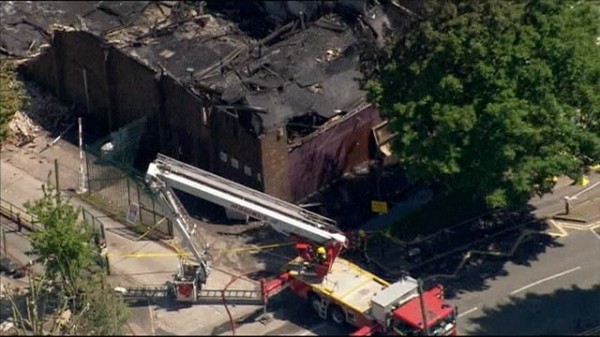