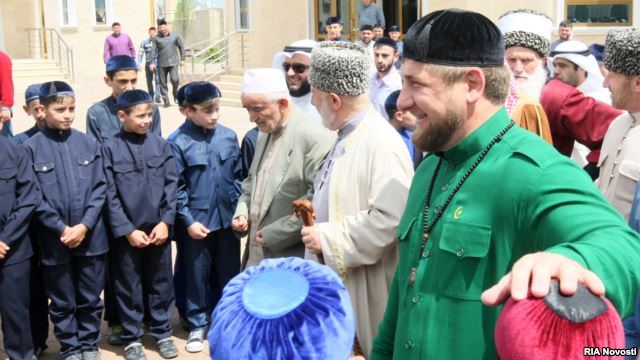 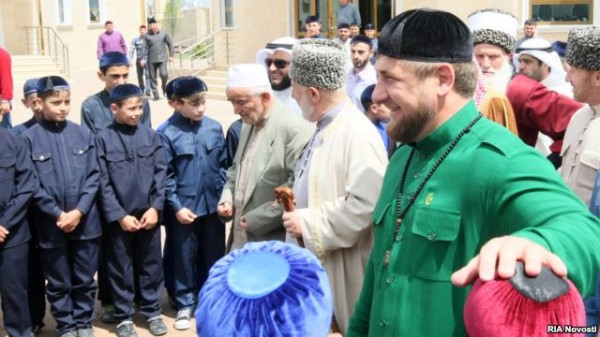 Chechen leader Ramzan Kadyrov has made no secret of his desire to create a “traditional Chechen Islam.”

As part of that effort, Kadyrov has encouraged students to be well versed in the teachings of the Koran and become huffaz.

Which is why over the past several years the Chechen leader has been overseeing the construction of several schools for huffaz — institutions specializing in teaching students to memorize the full Koran.

While these types of schools are not a frequent sight in other North Caucasus republics, they are becoming increasingly common in Chechnya and Daghestan.

On June 3, Kadyrov marked the opening of what he says is the fourth such school to be built in Chechnya.

It takes three years to graduate from a hafiz school. In March, the first class of students graduated from the hafiz schools in Tsentaroy and Gudermes.

Construction on the newly opened school began in the city of Urus-Martan, southwest of the capital, Grozny, in August 2012.

On Chechnya’s official government website, Kadyrov is quoted as saying that by building such schools he hopes to educate Chechnya’s young generations and lead them down the right path.

“I am confident that we will be able to resist the enemy on the information front. Today in our republic we have around 200 huffaz, whom our enemies cannot brainwash, unlike those who are fighting in Syria,” Kadyrov is quoted as saying. “They think that there is a holy war happening there, but in fact there is only a struggle for power.”

In April, Kadyrov condemned Chechens fighting in Syria, saying they should be “personally hunted down” if they decide to return.

Kadyrov also made a call to Chechnya’s spiritual leaders to fight extremism, which he says makes it to Chechnya through the Internet and the media.

On May 27, a music video of Kadyrov’s daughter, Hutmat Kadyrova, called “My Beloved Prophet,” was broadcast on Chechen television. In the video montage, Hutmat can be heard reciting verses from the Koran. She became a hafiza in March 2013.

She is the second daughter in Kadyrov’s family to become a hafiza after his eldest, Aishat, became one in October 2012.

Since coming to power in 2007, Kadyrov has restricted the sale of alcohol and led a fierce campaign to enforce the practice of wearing head scarves in public. He has also built the Akhmad Kadyrov Mosque, officially known as the “Heart of Chechnya,” one of the largest mosques in Europe, which can accommodate up to 10,000 people.

In May, the U.S. Commission on International Religious Freedom (USCRIF) accused Kadyrov of overseeing mass violations of human rights, including religious freedom.

The report says Kadyrov has distorted “Chechen Sufi traditions to justify his rule, instituted a repressive state based on his personal religious diktat, and has ordered the wearing of the Islamic head scarf in public buildings.”

Interest in Chechnya and Kadyrov’s brand of Islam has surged in recent months after the suspects in the Boston Marathon bombings were identified as ethnic Chechens.