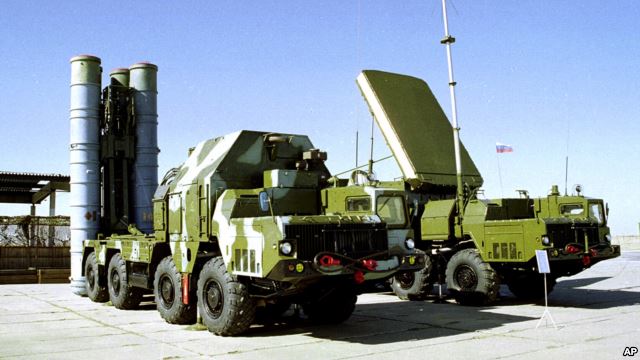 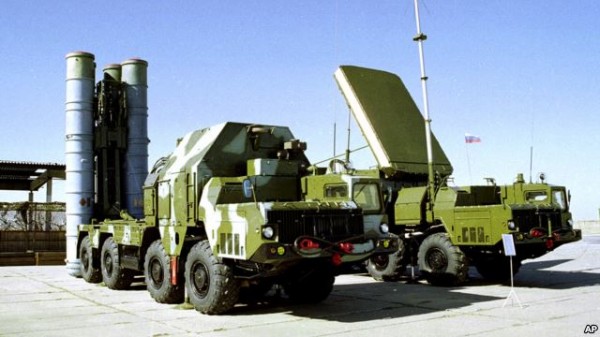 UPDATE: Syrian President Bashar al-Assad hinted he has received new weapons from Russia and threatened retaliation against Israel if it carries out future airstrikes in his country.

In an interview with Lebanon’s Al-Manar television, Assad was vague on whether the new weapons include the advanced S-300 air defense system promised by Moscow.

“All we have agreed on with Russia will be implemented and some of it has been implemented recently. And we and the Russians continue to implement these contracts,” he said.

Russia has not confirmed the shipment. But it vowed this week to go ahead with the transfer of the anti-aircraft missiles, saying it will help deter foreign involvement in Syria’s civil war.

There were also no comments from Israel, which has threatened to use force to stop the the transfer. Israel’s main civilian airport would be within the range of the S-300.

The system could also make it more difficult for Israel to carry out airstrikes in Syria. Earlier this month, Israel attacked a suspected weapons supply in Damascus it says was headed for the Lebanese militant group Hezbollah.

A confident Assad on Thursday promised to retaliate in kind if Israel continues what he called its “repeated aggression.” He also threatened renewed fighting in the Golan Heights, saying there is “clear popular pressure” in his country to open a new front there.

Echoing his government’s recent statements, President Assad also expressed willingness to attend U.N.-sponsored peace talks with the opposition. But he said any resulting agreement would be subject to a referendum of the Syrian people.

Syria’s main opposition group earlier Thursday said it will boycott the Geneva peace talks. Wrapping up an eight-day meeting in Istanbul, the Syrian National Coalition said talks of holding a conference are “meaningless” in light of the ongoing government offensive.

The notoriously divided opposition bloc has struggled to form a unified front to challenge Mr. Assad’s government and bring an end the 26-month-long civil wan, which has killed an estimated 80,000 people.

End of update.
A senior Russian diplomat says Moscow plans to provide advanced air defenses to Damascus to deter foreign military action against Syria’s pro-Russian government, which is embroiled in a civil war.
Russian Deputy Foreign Minister Sergei Ryabkov said Tuesday the planned transfer of S-300 anti-aircraft missiles to the government of Syrian President Bashar al-Assad will be a “stabilizing factor” for the country.
He told reporters that Moscow believes the sale will deter what he called “some hotheads” from considering options to send foreign forces to intervene in the Syrian conflict.
But Ryabkov gave no indication of when Russia will transfer the air defense system. Damascus signed a contract to buy it several years ago.

Israel and the United States have urged Russia not to proceed with the sale, fearing the air defense system will threaten Israeli security and complicate any military action they may take in Syria.

Israel’s warning
Israeli Defense Minister Moshe Yaalon toughened that message on Tuesday, warning of possible retaliation if the Russian missile technology is transferred.
“Obviously from our perspective it is a threat at this stage,” he said. “I cannot affirm that things have been expedited. The shipments are not on their way yet, this I can say. I hope they will not leave and if, God forbid, they reach Syria, we will know what to do.”
Western sources said Israel carried out several air strikes in Syria earlier this month, apparently to stop the Syrian government from transferring sophisticated weapons to the pro-Assad Lebanese militant group Hezbollah. Israel has neither confirmed nor denied responsibility for the strikes.
The Russian deputy foreign minister also criticized an EU decision to lift its arms embargo on the main opposition Syrian National Coalition while maintaining sanctions against the Syrian government.
Ryabkov accused the 27-nation bloc of “pouring more fuel on the fire” of Syria’s civil war and “damaging” prospects for a U.S. and Russian-proposed peace conference to resolve the two-year conflict.
EU action
The EU decided to lift the embargo on Syrian rebels at a meeting in Brussels on Monday. But, EU officials gave mixed messages about when such weapons transfers might begin.
Some officials said all EU members agreed to delay any arming of the rebels until August 1 to allow the U.S.-Russian peace initiative to proceed.
But British Foreign Secretary William Hague said Tuesday there is no requirement to wait until August to send weapons, although he reiterated that London has no immediate plans to do so.
Syrian National Coalition spokesman Louay Safi told the French news agency that the EU move is a “positive step” but may be “too little, too late.”
In separate remarks to the news agency, a spokesman for the SNC-backed Free Syrian Army criticized the EU, saying that delaying any arms transfers by two months would leave the Syrian people vulnerable to continued “genocide” by the Assad government.
Opposition in bind
Some analysts believe recent events may force the opposition’s hand.
At the IHS Jane’s security firm, analyst David Hartwell said Assad has been strengthened in recent weeks by the Russian missiles, other weapons from Iran, support from Lebanon’s Hezbollah and recent battlefield gains.
“All of these factors appear to be coalescing at this moment in time to give him, or certainly give the appearance, that he can think about long-term survival,” he said.
Hartwell said confidence is up within the Assad regime, and it could press for more military advances in the coming days, including a possible assault on the country’s largest city, Aleppo.
Syria-watcher Chris Doyle of the Council for Arab-British Understanding said that Assad is in a strong enough position that he might survive politically, at least during a transition period.
“I think that cannot be ruled out, as distasteful as that is, given his record,” he said. “If it is symbolic, then maybe that is something that people will have to agree to, while holding their noses.”
Lebanon spillover
Meanwhile, there were more signs of Syria’s conflict spilling over into Lebanon with deadly results.
Lebanese security sources said several rockets fired from Syria struck the northeastern Lebanese town of Hermel near the border on Tuesday, killing a woman and wounding several other people. Hermel’s Shi’ite population supports Hezbollah militants who have crossed into Syria to fight alongside Assad’s troops.
Lebanese authorities said unknown gunmen also killed three Lebanese soldiers manning a checkpoint near the northeastern village of Arsal before dawn Tuesday.
Lebanese Sunnis have used border villages such as Arsal to send weapons and fighters into Syria to help the country’s predominantly Sunni rebels fight the Assad government.
VOA’s Al Pessin contributed to this report from London and Michael Lipin from Washington.
Tags: assad Civil war missiles Russia Syria weapons