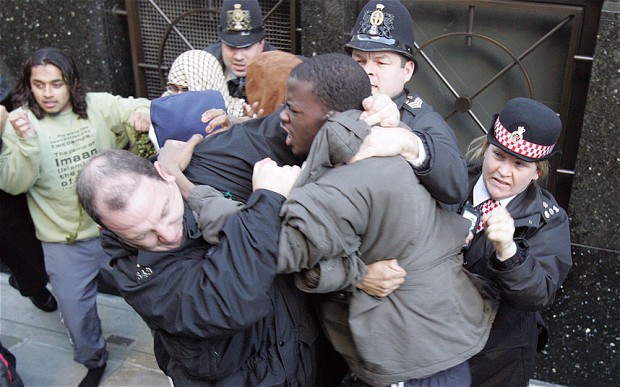 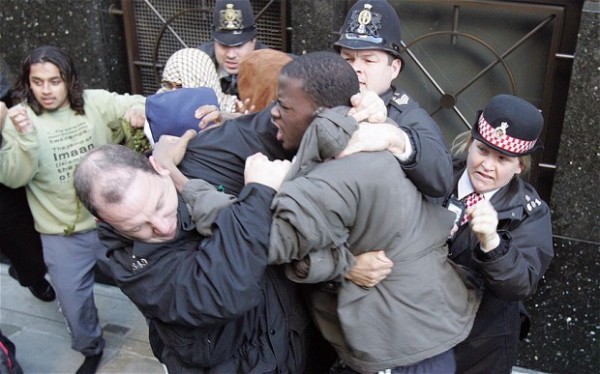 As soon as it became clear on Wednesday afternoon that soldier Lee Rigby had been killed in Woolwich by a couple of jihad-spouting losers, you could almost hear the excited salivation of the nominally left and liberal. They expected, perhaps even wanted, what they see as Britain’s rising right, frothing with anti-Muslim sentiment, to respond. And respond they did, as 90 or so supporters of liberal-left bogeyman, the English Defence League, turned up at Woolwich for a few lagers, several chants and a scuffle with the police.

It didn’t matter that the EDL’s evening out in Woolwich was numerically insignificant. For left-leaning sections of the political and media class, a few blokes in England football tops and Stone Island jackets was enough to confirm what they already know: the nation’s working class, especially its white members, are increasingly consumed by racist, predominantly anti-Muslim sentiment. You see, the EDL is never grasped as a minority interest group, with fewer supporters than the majority of football clubs take to away games. It is seen as the vanguard of the new fascism, the advance warning of the racist storm brewing among Britain’s white working class.

Over the weekend, the various tips of Britain’s ‘Islamophobic’ iceberg continued to be sighted, aided and abetted by the EDL who staged a few demonstrations around the country, including one outside Downing Street attended by nearly 1,000 supporters. On top of this, various media outlets started carrying headlines like this one from BBC News: ‘Woolwich murder sparks anti-Muslim backlash.’ They were drawing upon a statement from Faith Matters, a UK campaign group dedicated to combating ‘extremism and interfaith and intra-faith tension’. Faith Matters claimed that since the Woolwich attack, 193 ‘anti-Muslim incidents’ had been reported, including 10 assaults on mosques.

For the political and media class, this anecdotally fleshed-out image of a society potentially in the grip of an anti-Muslim backlash just seems to make sense. This view passes from speculation to Islamophobic fact with barely a nod to reality. And no wonder. It is simply assumed that Britain’s white working class, racked with socioeconomic resentments and grievances, are incredibly susceptible to the racist, anti-Muslim clarion call of the right. All this tinderbox requires is a spark. And that came in those images of two black, self-proclaimed Muslims covered in the blood of an Englishman.

The problem for excited commentators and activists, eager to do politics like it’s 1939, is that Britain is not awash with racist, ‘I hate the Muslims’ sentiment. Yes, the 193 post-Woolwich anti-Muslim incidents certainly seem to confirm what many left-liberal metropolitan types have long suspected of the proles, especially the provincial ones: namely, that they are just one BNP pamphlet away from being racist bigots. But when you look a little closer at the figures, it turns out that over 100 of the incidents were little more than ‘general abuse’ aimed at Muslims on the internet, and sometimes on the street. A further 47 consisted of ‘threats of violence’, although how seriously the threats were taken is unclear. And at the more concerning end, there have been 35 ‘minor’ assaults ‘including eggs being thrown’. So far, no one has actually been harmed.

On closer inspection, even the 10 ‘assaults’ on mosques look a little overblown. Seven of the ‘assaults’ consisted of no more than vandalism and a few broken windows, plus a deposit of bacon outside a mosque in Cardiff. There were three attempts at arson, but these were thwarted, and, once again, no one was hurt. Nasty incidents, no doubt, but statistically they are insignificant as indicators of some rise in anti-Muslim feeling.

The exaggeration of the reality of so-called Islamophobia should not be a surprise. Back in 2005, after the 7 July London bombings, countless reports and commentaries warned of an anti-Muslim backlash. After all, this was only to be expected given the racist proclivities of many members of the Sun/Daily Mail-reading classes. Yet when the Crown Prosecution Service published prosecution statistics for 2005-2006, a different picture emerged. There were 43 cases of religiously aggravated crime, 18 of them against Muslims (or ‘perceived’ Muslims), and this actually marked a decline from 23 anti-Muslim crimes in 2004-2005 – the year, that is, prior to the London bombings. As the then Director of Public Prosecutions said at the time: ‘The fears of a large rise in offences appear to be unfounded.’

Quite. It seems that while the assertions of rampant Islamophobia tell us very little about the actual attitudes of certain sections of our society, they tell us a great deal about how our liberal, leftish elite views the (largely white) working class. For members of this maligned-then-patronised constituency are no longer seen as the animating substance of left-wing politics. They are now grasped as, at best, victims of far-right exploitation and, at worst, as potential perpetrators of violent bigotry.