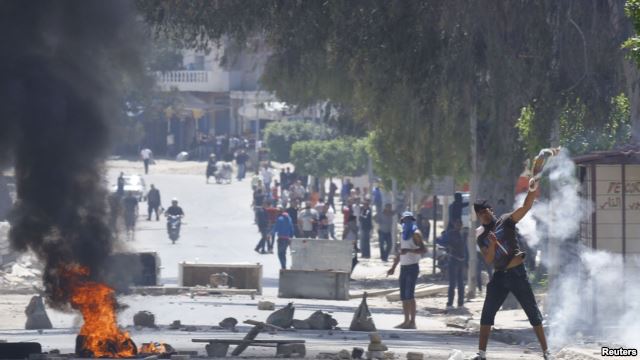 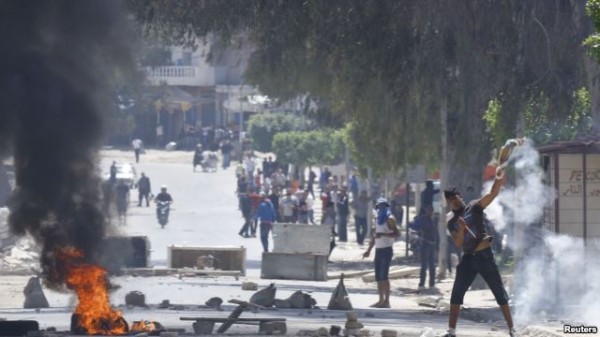 Tunisian authorities say a street battle between radical Islamists and police has killed one Islamist protester on the outskirts of the capital, Tunis.

Authorities said the man, in his late 20s, died of injuries sustained in Sunday’s fighting in the Etadhamen district. The radical activists, also known as Salafists, threw stones at Tunisian police to protest a government ban on their annual conference in the center of the country.

Police fired tear gas to break up the violent protest and arrested about 20 demonstrators.

Tunisian authorities deployed a heavy security presence in the central town of Kairouan to block the Salafist gathering, which had been scheduled for Sunday with thousands of activists expected to attend. Some Salafists in Kairouan also threw stones at police, who responded with tear gas.

The Tunisian government banned the conference by the Ansar al-Shariah group as a threat to public order. The group openly supports al-Qaida.

Ultraconservative Muslim groups have been trying to expand their influence in Tunisia. Secular Tunisians have expressed alarm, fearing the Salafists will try to impose their strict views on other people and undermine individual freedoms and democracy.