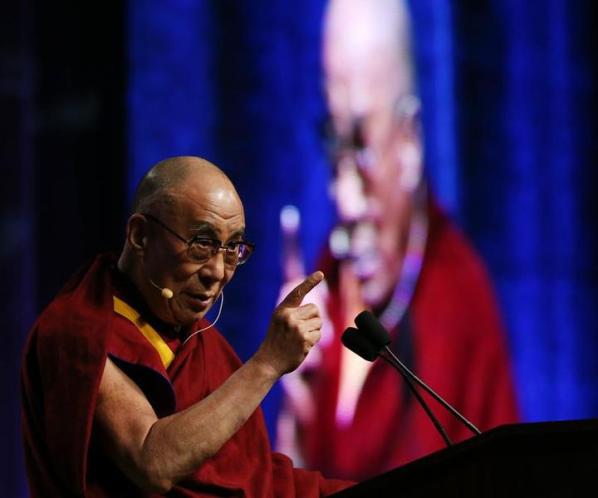 Exiled Tibetan spiritual leader the Dalai Lama has decried Buddhist monks’ attacks on Muslims in Myanmar, saying killing in the name of religion was “unthinkable.”

The Dalai Lama, a foremost Buddhist leader, told an audience at the University of Maryland at the start of a U.S. tour that the root of seemingly sectarian conflict was political, not spiritual.

“Really, killing people in the name of religion is unthinkable, very sad. Nowadays even Buddhists are involved in Burma,” another name for Myanmar, with monks attacking Muslim mosques, the Nobel Peace Prize laureate said on Tuesday after delivering the Anwar Sadat Lecture for Peace at the university.

“I think it is very sad,” he said, adding, “I pray for them (the monks) to think of the face of Buddha,” who had been a protector of Muslims.

A wave of sectarian violence erupted in March in the central Myanmar town of Meikhtila, causing 44 deaths and displacing an estimated 13,000 people, mostly Muslims.

A Reuters investigation found that radical Buddhist monks had been actively involved in the violence and in spreading anti-Muslim material around the country.

Sectarian clashes between Buddhists and Muslims, who make up about 5 percent of Myanmar’s population, have erupted on several occasions since a quasi-civilian government took power in March 2011 after five decades of military dictatorship.

The 77-year-old Dalai Lama, whose name is Tenzin Gyatso, also urged his largely student audience of 15,000 to create a new world in the 21st century, saying that he was a man of the last century.

“That group of individuals of the 20th century are ready to say bye-bye,” Tibet’s most revered spiritual leader said. “You have the responsibility to create a new world based on the concept of one humanity.”

China brands the Dalai Lama, who fled into exile to India in 1959 after an abortive uprising against Chinese rule of Tibet, as a separatist. The Dalai Lama says he is merely seeking more autonomy for his Himalayan homeland.

The address in College Park, Maryland, was the start of a U.S. visit that includes stops in Oregon, Wisconsin, Kentucky and New Orleans, Louisiana.