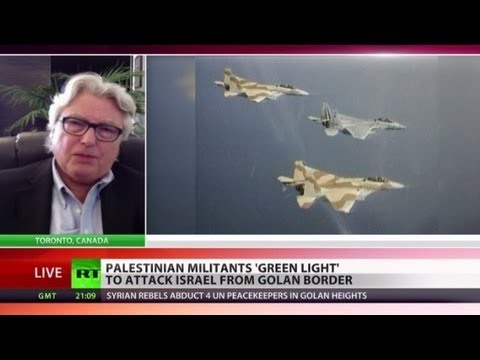 Israel is facing the prospect of Syria based militants attacking across its northern border, with the backing of Bashar Assad’s regime. A Palestinian armed group reportedly says it’s been given the green light by Damascus to carry out raids from the Golan Heights. It’s apparently part of Syria’s response to a series of Israeli air strikes on its territory over the weekend. Syrian missile batteries have also been pointed at Israel, ready to retaliate immediately in case of a new attack. In neighboring Lebanon, combined Syrian-Lebanese units are reportedly on standby. For more RT talks to Eric Margolis – war correspondent, columnist, and author.