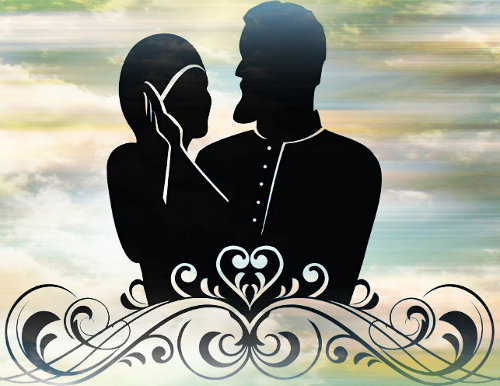 A lot of people ask about the Islamic stance on this phenomenon and others ask about its reasons and its destructive consequences along with the solutions for it. From the Islamic perspective, domestic violence is a sheer violation and a blunt transgression on the Islamic teachings whether this violence was done by individuals or groups. As for the individual behavior, Islam taught us the value of leniency and the Prophet (peace be upon him) said, “God loves leniency in all matters” (Bukhari and Muslim) and in another hadith the Prophet said, “Leniency does not accompany a matter except for beautifying it and is not extracted from a matter except for marring it” (Muslim). Also the Prophet said “this religion is solid so delve into it gently…”(Ahmad and al Baihaqi).

The Prophet (peace be upon him) taught us to keep ties of kinship and asked the husband to be gentle to his household when he said, “the best among you are those who are best to their women and daughters” (al Baihaqi) and Imam al Bukhari reported that lady ‘Aisha said that the Prophet was in the service of his family. This means that the Prophet used to assist his wives in running house errands and chores in order to teach the Muslim ummah the art of dealing with one’s family members. Anas ibn Malik said in this regard, “I have served the Prophet for ten years and by God he never said to me a word of resentment or said “why did you do this?” or “would you do this?”(Bukhari and Muslim). As for the wife, Islam encouraged her to conduct a divine relationship with her husband with whom she bases the relationship on love, mercy and patience. God says in the Quran, “So righteous women are devoutly obedient, guarding in [the husband’s] absence what Allah would have them guard.” 4:34

As for the parents, the Prophet addressed them by saying, “There is no one among us who does not have mercy on our children” (al Tirmidhi and al Hakim) and similarly the Prophet teaches sons and daughters to care for their parents and be gentle to them to an extent that the Prophet made kindness to one’s parents as a second priority right after the confession of the oneness of God. God says, “Worship Allah and associate nothing with Him, and to parents do good” 4:36

In order for us to be able to put these textual legal evidence into practice, we need to deepen in our hearts the value of forgiveness as it is a successful way in achieving leniency, love and cooperation with which we can eradicate violence in our families and lives. Numerous Quranic verses and prophetic traditions deepen the value of forgiveness and encourage the believers to hold tight to it. God says, “…so forgive with gracious forgiveness.” 15:85. God also asked us to forgive in the issue of killing, “O you who have believed, prescribed for you is legal retribution for those murdered – the free for the free, the slave for the slave, and the female for the female. But whoever overlooks from his brother anything, then there should be a suitable follow-up and payment to him with good conduct. This is an alleviation from your Lord and a mercy. But whoever transgresses after that will have a painful punishment.” 2:178

God asked us to forgive our enemies even in the severe cases of hostility and animosity, “Many of the People of the Scripture wish they could turn you back to disbelief after you have believed, out of envy from themselves [even] after the truth has become clear to them. So pardon and overlook until Allah delivers His command.” 2:109

God also asked Prophet Muhammad (peace be upon him) to forgive the believers when he said, “So by mercy from Allah , [O Muhammad], you were lenient with them. And if you had been rude [in speech] and harsh in heart, they would have disbanded from about you. So pardon them and ask forgiveness for them and consult them in the matter. And when you have decided, then rely upon Allah . Indeed, Allah loves those who rely [upon Him].” 3:159

God asked the Prophet to forgive the Jews despite of their constant betrayal, “So for their breaking of the covenant We cursed them and made their hearts hard. They distort words from their [proper] usages and have forgotten a portion of that of which they were reminded. And you will still observe deceit among them, except a few of them. But pardon them and overlook [their misdeeds]. Indeed, Allah loves the doers of good.” 5:13

God clarified for us that practicing forgiveness with people is a means to gain God’s forgiveness, God says “…and let them pardon and overlook. Would you not like that Allah should forgive you? And Allah is Forgiving and Merciful.” 24:22

God praised highly the value of forgiveness and those who hold tight to it when He said, “Who spend [in the cause of Allah ] during ease and hardship and who restrain anger and who pardon the people – and Allah loves the doers of good;” 3:134 and “And whoever is patient and forgives – indeed, that is of the matters [requiring] determination.” 42:43

Through applying this legal paradigm of forgiveness, we can be assured of being protected from violence on both individual and group level. The fact of not taking care of the way we raise our children and not paying attention to the spread of the subliminal messages of selfishness even in the way of posting advertisement on food and sweets for children, lead to the miserable phenomenon of domestic violence that we suffer from today.

The fast pace of our modern life and the tight schedule that we have to run everyday raises our tension along with the loud cacophony which characterizes our modern life. Economic, social and political problems that are on the rise add to the complexity of our lives and leads to family disunity, bad manners and domestic violence.

This means that the cure for such phenomenon starts with the issue of raising and educating children and this process has definite dimensions and precise measures which are not limited to only education and training and not restricted to schools but the media has to participate in forming a new cultural atmosphere which prevents the society from such bad phenomenon. This method proved to be successful in eradicating other social phenomena which were popular four decades ago but through time and effort, they totally disappeared. These phenomena were forming a threat to the security and safety of society and the most popular of them were violence among female students and group attacks on school buildings or on teachers. Resorting back to the value of forgiveness and gentleness will help us immensely in fighting this hideous phenomenon of domestic violence.