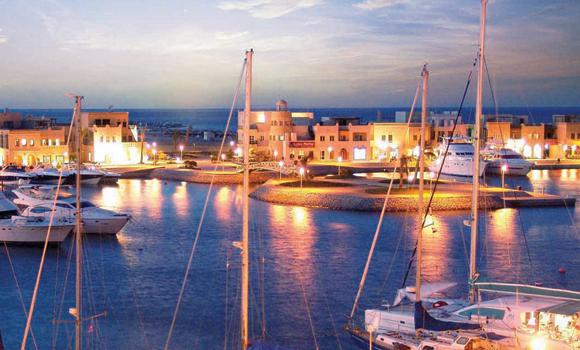 Egypt has opened a no-alcohol hotel as the first of its kind on the Red Sea coast, also allocating an entire floor for women only, amid celebrations and doubts from Islamists and the opposition.

Egyptian tourism managers hoped the move would lure conservative Muslim tourists to a region popular with foreign and local visitors. The three-star Le Roi Hotel is one of the first “dry” hotels to open on Egypt’s Red Sea coast. The hotel, which has 134 rooms and 35 suites, has allocated the top floor for female security and a women-only swimming pool to be located.

Yasser Kamal, the owner of the hotel, played down its political significance. “The idea of launching a hotel without alcohol is not to adhere to any particular movement, but rather to provide a new kind of tourism. Tourists have alcohol in their countries, and they must find other alternatives in Hurghada for the purpose of diversity,” he told the MENA state news agency, adding that the hotel was open for all nationalities and both Muslim and Christian Egyptians.

A YouTube video had shown hotel managers celebrating the launch by lining up bottles of alcohol on the curb outside the building before pouring out their contents and smashing them.

The opening comes as liberals voice concerns that Islamists who came to power last year were seeking to limit personal freedoms and impose conservative ideology.

They also worry that such hotels could deter foreign tourists, whose numbers dropped sharply after the uprising that ousted Hosni Mubarak in 2011.

Tourism, an important driver of Egypt’s economy, has suffered dramatically due to political unrest that followed a 2011 uprising that toppled former President Hosni Mubarak. Rising fears have peaked since an Islamist government, headed by the Muslim Brotherhood’s Mohamed Morsi, was elected to power last June.

Earlier in April, the Civil Aviation Ministry announced it was considering a ban on the sale of alcohol in airport duty-free shops after receiving complaints by citizens and ministry officials, daily Egypt Independent has reported.

After this move, the New Urban Communities Authorities announced their decision last month to stop issuing licenses for the sale of alcohol in new Cairo suburban settlements, due to alleged complaints by local residents.

Moreover, the Investment Ministry announced higher taxes on several goods, including alcohol, over the course of the coming 27 months, but backed down after the move was criticized by his opponents.
Twitter users also reacted to alcohol-free hotel, with some Egyptians lashing the countries rulers for conservatism but Islamists and Salafis praising the opening of the hotel as “historic.”