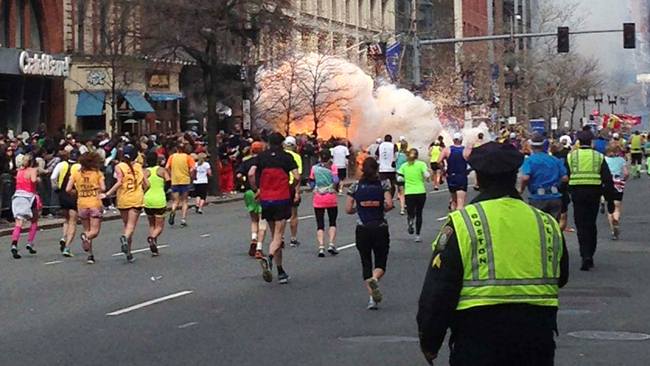 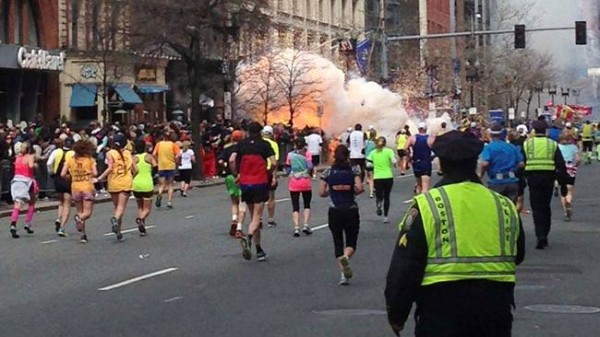 It looked like the backlash was starting even before the suspects in the Boston Marathon bombing were identified as Muslim.

Hours after the explosions, a Bangladeshi man told police he was dubbed an “Arab” and beaten in New York. A veiled Muslim woman in a city near Boston said she was struck in the shoulder and called a terrorist. When the public learned days later that the FBI was pursuing two Muslim men of Chechen descent, American Muslims feared the worst.

But the worst didn’t happen.

Muslim civil rights leaders say the anti-Islam reaction has been more muted this time than after other attacks since Sept. 11, which had sparked outbursts of vandalism, harassment and violence. Ibrahim Hooper of the Council on American-Islamic Relations, which monitors bias and hate crimes against Muslims, said his organization has seen no uptick in reports of harassment, assaults or damage to mosques since the April 15 bombings. Leaders noted a larger, broader chorus of Americans warning against placing collective blame.

The change may only reflect the circumstances of this particular attack. The two suspects are white and from an area of the world, Russia’s turbulent Caucasus region, that unlike the Mideast, Americans know little about. Investigators say Tamerlan Tsarnaev, 26, and his brother, Dzhokhar, 19, who had lived in the U.S. for about a decade, carried out the bombings, although it’s not clear why.

But U.S. Muslims also credit a new generation of leaders in their communities with helping keep tempers in check after the attack. Many are the American-born children of immigrants who saw the impact of the 2001 terror attacks on their faith and have strived ever since to build ties with other Americans.

“There seems to be a much more mature, sophisticated response to this tragedy than in the past 12 years,” said Wajahat Ali, 32, an attorney and co-author of “Fear, Inc.,” a report by the Center for American Progress on the strategies of anti-Muslim groups in the United States. “We really do see a palpable shift.”

No one is suggesting Islam has been fully accepted in the U.S. Activists and commentators who have long considered the religion itself a threat to national security took to the Web and the airwaves to say Boston proved them right. The frantic search for the perpetrators led to some very public misidentifications of Arab or South Asian men that made them potential targets for retribution.

Yet, American Muslim groups — only a decade ago, more inward looking than publicly engaged — pushed back in a more confident way.

As they have after any national tragedy since Sept. 11, Muslim groups issued a flurry of statements condemning the attack, organized blood drives and thanked law enforcement for protecting the country. The Islamic Society of Boston Cultural Center, in the city’s Roxbury section, held vigils and formed medical teams to help with the wounded. On his Facebook page, Imam Suhaib Webb, who leads the mosque, posted a black ribbon and banner across his Facebook page with the statement, “We’re Bostonians — We mourn with the city.”

“I offered my home to house stranded runners, spread information on fundraising for the victims through social media, and attended a candlelight vigil in Harvard Yard,” said Zeba Khan, who lives in Cambridge. “That is exactly where I am focusing my attention — on the victims and on the safety of my neighbors and my city.”

Non-Muslims echoed the message. Boston Cardinal Sean O’Malley said in his Sunday sermon after the tragedy, “The crimes of the two young men must not be the justification for prejudice against Muslims and against immigrants.” Online, a post by comedian and actor Patton Oswalt went viral, calling the attack “beyond religion or creed or nation.”

“When you spot violence, or bigotry, or intolerance or fear or just garden-variety misogyny, hatred or ignorance, just look it in the eye and think, ‘The good outnumber you, and we always will,'” Oswalt wrote.

The Boston explosions also inadvertently underscored a point Muslims have been making for years: More are monitoring their own communities for signs of extremism.

Leaders of the Islamic Society of Boston, a mosque in Cambridge that is affiliated with Webb’s mosque in Roxbury, said Tamerlan Tsarnaev occasionally attended Friday prayers, but had protested the community’s moderate approach. Family members said Tamerlan was steered toward a radical strain of Islam by a friend they didn’t know, began opposing the U.S. wars in Afghanistan and Iraq, and turned to websites and literature claiming the CIA was behind the Sept. 11 attacks and Jews controlled the world.

According to leaders of the Cambridge mosque, Tamerlan once stood up during a sermon and objected when a preacher told worshippers it would be appropriate to celebrate national holidays such as Thanksgiving or Independence Day because it went against Islam. A couple of months later, Tamerlan objected when a preacher praised the Rev. Martin Luther King Jr. He called the speaker a hypocrite and accused of him contaminating people’s minds. In response, worshippers shouted at him and told him to leave the service.

The mosque offered these accounts in a detailed written statement released after Tamerlan was killed and Dzhokhar was apprehended.

“Trust me — no group of people wants to stamp out radicalism more than Muslims, who have seen it soil their faith and define its image,” said Khurram Dara, 24, author of “The Crescent Directive,” a well-known e-book urging U.S. Muslims to more fully integrate into American society. “They’re vigilant of radicalism in their communities.”

The message was driven home by a case this week in Canada. Investigators there said they thwarted a plan by two men, guided by al-Qaida in Iran, to derail a train between New York City and Montreal because a local Muslim leader alerted them to the threat. The leader, Muhammad Robert Heft, said the father of one of the two suspects had come forward with concerns about his son’s intolerant religious views. A 2011 study of American Muslim terrorism by the Triangle Center for Terrorism and Homeland Security found U.S. Muslims were the largest single source of tips to law enforcement that year for terrorist plots.

Sheila Musaji of St. Louis, editor of TheAmericanMuslim.org, which she founded as a community magazine in 1989, said more Muslims are online and actively countering extremist preachers. “There are these crazy groups out there. It’s hard to know when they cross some sort of line into something else that involves violence,” Musaji said.

Because along with progress in recent years, Muslims can point to better organized efforts to condemn their religion.

For example, in Murfreesboro, Tenn., opposition to a mosque has become an ideological and religious conflict that has dragged on for more than three years and spilled over into local public schools. Since 2010, bills have been proposed in more than 30 state legislatures that would restrict consideration of religious law or foreign law in local courts. The bills are similar or identical to a model drafted by activists who contend Muslims, by stealth, want to replace the American legal system with Islamic law, or shariah.