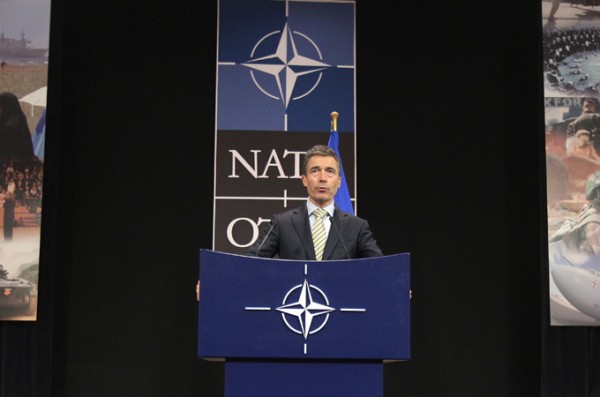 The US Secretary of State has said that NATO needs to consider its role in the Syrian crisis, including how prepared it is to respond to a potential chemical weapons threat.

John Kerry told a meeting of NATO foreign ministers in Brussels on Tuesday that the planning that the alliance had already done was appropriate.

“We should also carefully and collectively consider how NATO is prepared to respond to protect its members from a Syrian threat, including any potential chemical weapons threat,” he said.

NATO, a US-led military alliance of 28 countries, has said repeatedly it has no intention of intervening militarily in the Syrian war.

Brigadier General Itai Brun made the comments at a Tel Aviv security conference a day after US Defense Secretary Chuck Hagel said, at the end of a visit to Israel, that US intelligence agencies were still assessing whether such weapons had been employed.

US President Barack Obama has called the use of chemical weapons a red line for the United States that would trigger unspecified US action.

Anders Fogh Rasmussen, the secretary-general of NATO, said the organisation was “extremely concerned about the use of ballistic missiles in Syria and the possible use of chemical weapons.”

Rasmussen also said that NATO was concerned about the risk of the conflict spilling over Syria’s borders.

“I can assure you that we stand ready to defend, protect our allies, in this case Turkey, as a neighbour of Syria. We have all plans ready to ensure effective defence and protection of Turkey,” he added.

“The situation in Syria has dramatically deteriorated,”  Rasmussen said. “This continues to pose a threat to regional stability.”

Brun said that evidence of the usage of chemical weapons could be seen in the physical symptoms suffered by those who had apparently been exposed to chemical agents.

“The reduced pupils, the foam coming out of the mouth and other additional signs provide evidence that deadly chemical weapons have been used,” he said adding that the chemical used is most likely Sarin, a deadly, colourless and odourless nerve agent.

Sarin, which was developed as a pesticide in Germany in 1938, in high doses, paralyses the muscles around the lungs and prevents chemicals from “switching off” the body’s secretions, so victims suffocate or drown as their lungs fill with mucus and saliva.

There were more than a thousand tonnes of chemical agents in Syria and “a lot” of warheads and missiles that could be armed with the deadly substance, reported Haaretz newspaper quoting Brun.