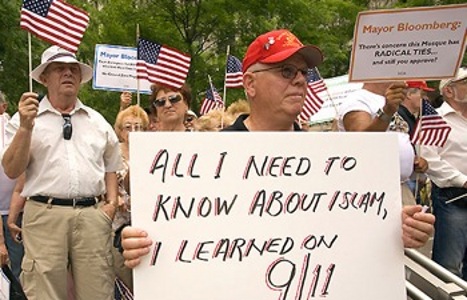 I was born in Pakistan but have been fortunate enough to have had a happy life growing up in Toronto, Canada – a place where I have always felt at home and for which I have more attachment than any other in the world. In my mind, the mere idea of a terrorist attack ever occurring here provokes feelings of anger and sadness: it is painful to imagine something bad happening to a place you care about. I imagine Americans feel exactly the same way about their country.

On Monday, in the wake of last week’s events in Boston, Massachusetts, it was reported by Canadian media that an alleged terrorist plot had been uncovered, which involved individuals in the United States, as well as in Canada. Full details of the police operation have yet to be revealed; there are reasonable grounds for a degree of skepticism due to its timing, coinciding with a parliamentary debate on anti-terrorism, and to the purported support of “al-Qaida elements in Iran”). Yet, I feel immediate relief that this potential terror attack came to light when law enforcement agencies announced its prevention.

If it had been otherwise, if there had been another outrage, what would have happened? Would a lifetime of hard work and good citizenship have been cast aside, and would friends and acquaintances begin to view me and others like me with fear and distrust?

It is a curious experience to feel that the benign normality of your life is constantly held hostage to forces outside your ability to control. That effort of cultivating a positive image – building relationships, respecting the law, living honestly, giving charity, contributing to civil society – could potentially be degraded or wiped out by forces far beyond your scope of influence as an individual.

Today, many Americans live in fear of the random nihilistic violence of terrorists. A 2011 Gallup poll showed that roughly 36% of Americans worry about a potential terrorist attack killing them or one of their family members – down from post-9/11 highs but still very significant. While academic studies on the subject have shown that the actual risk of such an event occurring is extremely low, the heinous violence at the Boston Marathon this past week shows that even the rarest of “black swan events” do eventually come to pass.

However, to Muslim Americans and other ordinary Muslim citizens of western countries, the fear of being victimized by a terrorist attack is magnified many times. While, like their fellow citizens, the chance of them being personally harmed in such an attack is remote, they are haunted by the very real danger that in the aftermath they will be subjected to greater public scrutiny, abuse, suspicion and hostility. Besides the fear of governments targeting their communities and curtailing their individual freedom, there exists an even broader and more diffuse fear.

While hate crimes targeting Muslims tend to spike in the aftermath of terror attacks (as has sadly been evidenced in attacks against ordinary Muslim Americans in Boston and New York after the marathon bombing), these tend to be exceptional cases. The real damage done to the social fabric by such attacks is the erosion of trust and respect between society at large and its Muslim minorities.

Regardless of the actions of individual Muslims – the overwhelming majority of whom experience events such as terrorist attacks with just as much disbelief, trauma and helplessness as their co-citizens – they are nevertheless viewed as being somehow associated with them, simply due to their ethnic or religious background. In the aftermath of the Boston bombings, the unanimous feeling among my many Muslim friends, family and acquaintances was one of overwhelming fear and dread that the perpetrator might also be someone who professes to share our religious identity.

The idea that people may think about you differently due to factors outside your ability to influence, or even fully comprehend, is profoundly unsettling. This is an anxiety far more pervasive than the fear of violence or abuse. It is a wrenching experience to feel alienated from your own home or to feel that such alienation could one day be visited upon you and upend the life you have carefully built for yourself and for your loved ones.

For many Muslim citizens of western countries – especially among the young – where they live today is the only home they have ever known and the only place they have ever thoroughly understood or felt affection for. The anxiety that despite respecting society’s rules, the welcome mat may still one day be pulled out from under you is very real and common. Given the statements of some politicians and popular media figures, these concerns do not seem such a stretch.

In the aftermath of a violent crime that captures the attention of the country, it is safe to assume that white western people do not find themselves praying that the perpetrator does not share their background. When a terror attack occurs, Muslim civil society organizations will inevitably release anguished statements denouncing such violence, yet they feel a stain has been placed upon them in the popular imagination that is practically impossible to remove.

Contrary to some hyperbolic depictions of Muslim minorities as a nefarious fifth column within society, the average Muslim has about as much control of, or connection to, the vile actions of terrorists as the average white American does to school shootings or movie theater massacres. But based on the fact that there are violent individuals in the world who identify as Muslim, some completely deny that moderate Muslims even exist.

At present, the public discourse around terrorism and minority groups renders law-abiding, honest citizens unable to feel completely secure in society. However much we condemn such attacks, distance ourselves from them, identify with the victims, and offer our support to society, we are liable to be viewed with reflexive suspicion, as perennial “outsiders” in the national fabric.

Until we can detach the actions of any single Muslim from being associated with all Muslims, I suspect that the reasons for our anxiety will continue to exist. Being normal in the west: it’s not made easy for us.