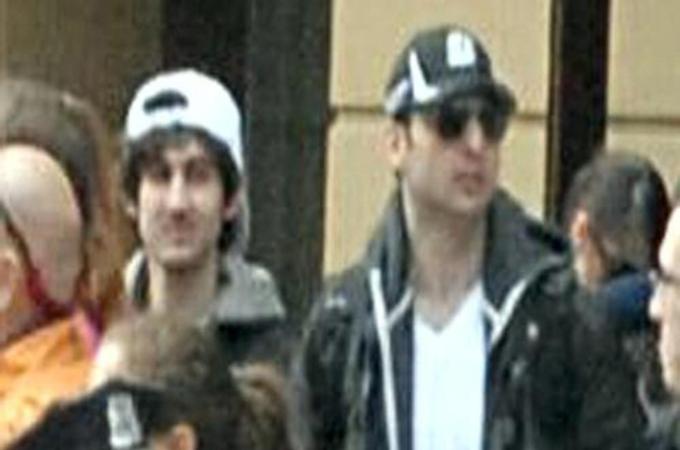 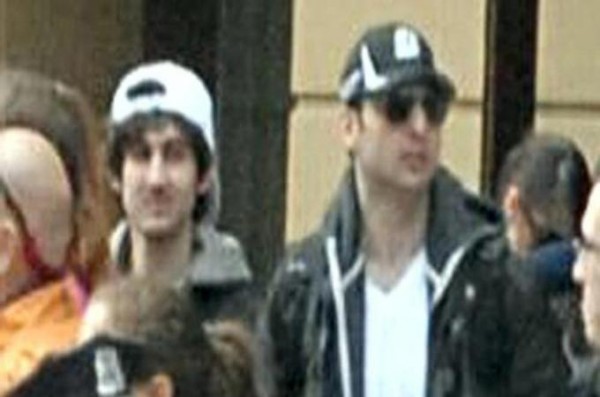 In 1901, a 28-year-old American named Leon Czolgosz assassinated US President William McKinley. Czolgosz was born in America, but he was of Polish descent. After McKinley died, the American media blamed Polish immigrants. They were outsiders, foreigners, with a suspicious religion – Catholicism – and strange last names.

At a time when Eastern European immigrants were treated as inferior, Polish-Americans feared they would be punished as a group for the terrible actions of an individual. “We feel the pain which this sad occurrence caused, not only in America, but throughout the whole world. All people are mourning, and it is caused by a maniac who is of our nationality,” a Polish-American newspaper wrote in an anguished editorial.

It is a sentiment reminiscent of what Muslims and Chechens are writing – or Instagramming  – today, after the revelation that Dzokhar and Tamerlan Tsarnaev, the suspects in the Boston Marathon bombings, are of Chechen descent. At this time, there is no evidence linking the Tsarnaev brothers to a broader movement in Chechnya, a war-torn federal republic in southern Russia. Neither of the brothers has ever lived there. The oldest, Tamerlan, was born in Russia and moved to the US when he was sixteen. The youngest, Dzokhar, was born in Kyrgyzstan, moved to the US when he was nine, and became a US citizen in 2012.

Despite the Tsarnaevs’ American upbringing, the media has presented their lives through a Chechen lens. Political strife in the North Caucasus, ignored by the press for years, has become the default rationale for a domestic crime.

“Did Boston carnage have its roots in Stalin’s ruthless displacement of Muslims from Chechnya decades ago?” asked The Daily News , a question echoed by the National Post , the Washington Post , and other publications that refuse to see the Tsarnaevs as anything but walking symbols of age-old conflicts. Blame Stalin, the pundits cry, echoing the argument made every time something bad happens in the former Soviet Union. Blame Stalin, because we can pronounce that name.

In one sense, this sentiment is not new. American Muslims have long had to deal with ignorance and prejudice in the aftermath of a terrorist attack. “Please don’t be Muslims or Arabs “, goes the refrain, as unnecessary demands for a public apology from Muslims emerge. This week made it clear that it is Muslims who are owed the apology. After wild speculation from CNN about a “dark-skinned suspect”, on Thursday the New York Post published a cover photo falsely suggesting a Moroccan-American high school track star, Salah Barhoun , was one of the bombers. “Jogging while Arab” has become the new ” driving while black “.

Later that Thursday, the FBI released photos of two young men wearing baseball caps – men who so resembled all-American frat boys that people joked they would be the target of ” racial bro-filing “. The men were Caucasian, so the speculation turned away from foreign terror and toward the excuses routinely made for white men who kill: mental illness, anti-government grudges, frustrations at home. The men were white and Caucasian – until the next day, when they became the wrong kind of Caucasian, and suddenly they were not so “white” after all.

Muslims face prejudice, but Muslims from the Caucasus face a particular kind of prejudice – the kind born of ignorance so great it perversely imbues everything with significance. “There is never interpretation, understanding and knowledge when there is no interest,” Edward Said wrote in Covering Islam , and until this week, there was so little interest in and knowledge of the Caucasus that the ambassador of the Czech Republic felt compelled to issue a press release stating that the Czech Republic is not the same as Chechnya.

Knowing nothing of the Tsarnaevs’ motives, and little about Chechens, the American media tore into Wikipedia and came back with stereotypes. The Tsarnaevs were stripped of their 21st century American life and became symbols of a distant land, forever frozen in time. Journalist Eliza Shapiro proclaimed that Tamerlan Tsarnaev was “named after a brutal warlord”, despite the fact that Tamerlan, or Timur, is an ordinary first name in the Caucasus and Central Asia. Her claim is equivalent to saying a child named Nicholas must be named in honour of ruthless Russian tsar Nicholas I – an irony apparently lost on New York Times columnist Nicholas Kristof, who made a similar denouncement on Twitter (to his credit, Kristof quickly retracted the comment).

Other journalists found literary allusions, or rather, illusions. “They were playing the nihilists Arkady and Bazarov in Turgenev’s Fathers and Sons ,” explained scholar Juan Cole, citing an 1862 Russian novel to explain the motives of a criminal whose Twitter account was full of American rap lyrics. One does not recall such use of literary devices to ascertain the motives of less exotic perpetrators, but who knows? Perhaps some ambitious analyst is plumbing the works of Faulkner to shed light on that Mississippi Elvis impersonator who tried to send ricin to Obama.

Still others turned to social media as a gateway to the Chechen soul. Journalist Julia Ioffe – after explaining the Tsarnaevs through Tolstoy, Pushkin, and, of course, Stalin –  cites the younger Tsarnaev’s use of the Russian website VKontakte as proof of his inability to assimilate, then ranks the significance of his personal photos.

“The most revealing image of Dzhokhar is not the one of him hugging an African-American friend at his high school graduation, but the one of him sitting at a kitchen table with his arm around a guy his age who appears to be of Central Asian descent,” she writes . “In front of them is a dish  plov , a Central Asian dish of rice and meat, and a bottle of Ranch dressing.” Again, it is difficult to imagine a journalist writing with such breathtaking arrogance – why is the Central Asian friend more “revealing” than the African-American one? What, exactly, are they “revealing”? – about the inner life of someone from a more familiar place.

One way to test whether you are reading a reasonable analysis of the Tsarnaev case – and yes, they exist  – is to replace the word “Chechen” with another ethnicity. “I could always spot the Chechens in Vienna,” writes journalist Oliver Bulloughs in the New York Times . “They were darker-haired than the Austrians; they dressed more snappily, like 1950s gangsters; they never had anything to do.” Now substitute the word “Jews” for “Chechens”. Minority-hunting in Vienna never ends well .

It is easy to criticise the media, and after this disastrous week , there is much to criticise. But the consequences of the casual racism launched at Chechens – and by association, all other Muslims from the former Soviet Union, who are rarely distinguished from one another by the public – are serious. By emphasising the Tsarnaevs’ ethnicity over their individual choices, and portraying that ethnicity as barbaric and violent , the media creates a false image of a people destined by their names and their ” culture of terror ” to kill. There are no people in Chechnya, only symbols. There are no Chechen-Americans, only threats.

Ethnicity is often used to justify violent behaviour. But no ethnicity is inherently violent. Even if the Tsarnaevs aligned themselves with violent Chechen movements – and as of now, there is no evidence they did – treating Chechen ethnicity as the cause of the Boston violence is irresponsible.

One hundred years ago, the violent act of one Polish-American caused a country to treat all Polish-Americans with suspicion. Now, the Poles have become “white” – which is to say they are largely safe from the accusations of treason and murderous intent that ethnic groups deemed non-white routinely face. When a Polish-American commits a crime, his ethnicity does not go on trial with him.

But this change is not a triumph for America. It is a tragedy that it happened to Poles then, and a greater tragedy that we have not learned our lesson and it happens still – to Hispanics, to Arabs, to Chechens, to any immigrant who comes here seeking refuge and finds prejudice instead.

“I respect this country, I love this country,” the suspects’ uncle, Ruslan Tsarni, said in an emotional condemnation of his nephews. “This country which gives chance to everyone else to be treated as a human being.”

Chechens and other Muslim immigrants from the former Soviet Union are human beings. They are not walking symbols of violent conflict. Do not look to a foreign country to explain a domestic crime. Look to the two men who did it – and judge them by what they have done, not from where their ancestors came.