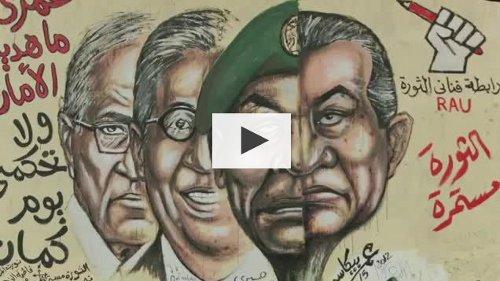 CAIRO — As Egyptians face a crumbling economy, a rise in crime and decline in basic services, many count on one sector of society to keep the nation from the potential of failed statehood: the military which has long been seen as a force for stability.

Publisher and political analyst Hisham Kassem blamed the deterioration on the Islamist-led government.

“I won’t be surprised if we wake up soon and there is no power or bread in Cairo, and then there will be a disaster.  If things get to that point, the military will have to intervene and push them out of power,” he said.

It is a scenario some Egyptians might not mind. The military has long been seen as a force for stability.  During the revolution, protesters cheered when the armed forces took charge, chanting “the people and the army are one.”

The image has been tarnished since then. Many people feel the generals overstayed their welcome as interim leaders.  Leaks from a recent government report implicate them in violence during the uprising.

Activist and filmmaker Hala Galal says the army is likely to stay out of politics.

“I don’t think the army might come back because I believe they left with a contract between them and the Muslim Brotherhood,” said Galal.

Deal or not, it is a delicate balance.  President Mohamed Morsi sidelined top generals shortly after taking office. But he came to the military’s defense about documents leaked from his office.

Ziad Akl, of the Al-Ahram Center for Political and Strategic Studies, believes the army and the Islamist leaders have drawn clear lines.

Whether that extends to internal collapse is anyone’s guess.

Although the possibility that the military could intervene is a source of comfort for some. Political analyst Akl sees that “safety net in a different light.

“Every Egyptian has this vision: in the end it’s the army that saves the day.  There is always a very sick attachment to authority that Egyptian people have. The absolute lack of authority is something that is very socially uncomfortable for Egyptians,” said Akl.

“This country lived one year and a half without a parliament, without a president or without anything.  And, the people they created this organization, what we call officially the civil society exists. It isn’t proper [but] it exists,” said Galal. “The people they really, when everything collapses, they support each other.”

Whether some pin their hopes on fledgling civic institutions and others on the long-established military, the fear of collapse is one thing many Egyptians seem to share.