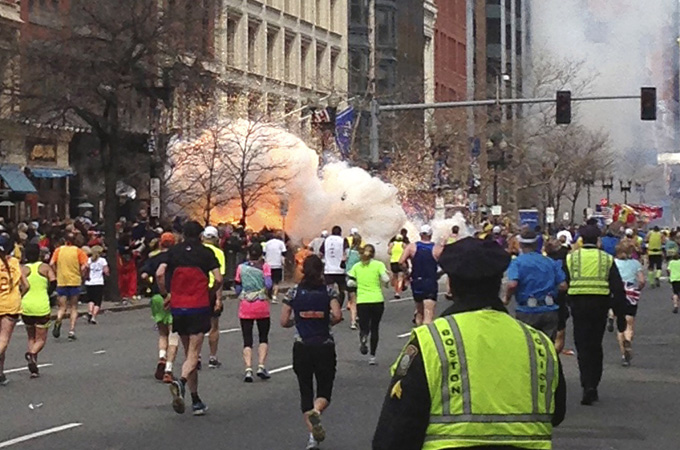 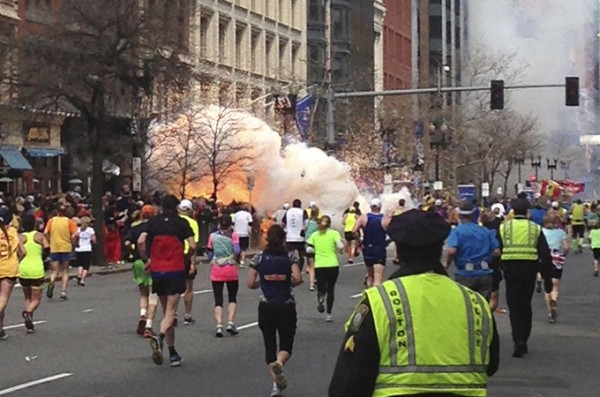 I texted my friend at 7:47am EST, extending well wishes for a “successful and prosperous race”. Like the 23,181 runners who left Hopkinton dreaming about breaking the ribbon 26.2 miles away, my friend signed up for the 117th Boston Marathonexpecting anything but two bomb explosions waiting for him at the finish line.

I instantly thought of my friend who ran the Marathon upon learning of the explosions. However, concern for loved ones was superseded by a distinctly Arab and Muslim-American psychosis: “Please do not let the culprit be Arab or Muslim.”

This fear still grips me while writing the article, and certainly raced through the minds of most Arab and Muslim-Americans. That gut-wrenching anxiety and debilitating concern, borne out of the implicated guilt that follows every modern terrorist attack from World Trade Center I to Sandy Hook, emerged into a collective Arab and Muslim-American psychosis. Indeed, it may typify best what it has come to mean to be Arab or Muslim-American.

The knots in my stomach tightened with preliminary reports from the New York Post that Boston Police had seized a “Saudi National”. In a media nanosecond, “Muslims” was trending on Twitter, additional news providers corroborated the reports, and the hatemongering ensued.

Everybody do the National Security Ankle Grab! Let’s bring more Saudis in without screening them! C’mon!

“Islamism”, “al-Qaeda” and “Arab Terrorism” raced through news channel tickers and out the mouths of reactionary pundits, echoing the same brand of reporting that followed every domestic terror crisis big and small.

There was no verified nexus between the explosions and Arabs or Muslims, but this did not prevent Rush from rushing to that conclusion. Recent history revealed that hate could instantly devolve into violence, with guilt being assigned as a consequence of the ingrained understanding of Arabs and Muslims as terrorists, which for hatemongers like Rush, trumps the importance of the facts.

As Yale Law Professor Muneer I Ahmed wrote in “A Rage Shared by Law: Post-September 11 Racial Violence as Crimes of Passion”:

I was concerned for my friend in the race, the dead and those injured. However, the strict assignment of guilt and the public violence that follows, combined with the memories that followed every previous attack, left me voiceless and glued to the television screen. Arab and Muslim-Americans experienced this existential purgatory in concentrated communities, like Detroit or Anaheim, and parts of the country with sparse numbers of both groups.

These interim moments, between catastrophe and discovering the real culprits, define what it means to be Arab and Muslim-American today. Other Americans are afforded the space to grieve and mourn, and demonstrate concern without the colour of guilt.

However, Arab and Muslim-Americans are denied that right. The societal modus operandi of instantly elevating Arab and Muslims to the level of guilt not only strips one from the ability to grieve, but has – after decades of instant vilification – created a new brand of psychological guilt.

“Please don’t be a Muslim or Arab,” many thought, tweeted, and uttered as they took in the images from Boston. Three innocents were killed, among them an eight-year-old child, and 130 injured. Sadly, these statistics were – until a culprit was identified – of secondary importance for Arab and Muslim-Americans.

The moment of time, which seems frozen and in turn freezes every other concern in life, between catastrophe and identifying the culprit, subsumes Arab and Muslim-Americans, and extinguishes our ability to fully join our fellow Americans in grieving.

This existential state of guilt and confusion, fear and anxiety, characterises what it means to be Arab and Muslim-American. As both communities race toward a modicum of normalcy, approximately 12 years after 9/11, the Boston Marathon explosions are a stark and chilling reminder that neither Arab nor Muslim Americans have reached that finish line.

The attacks on the 117th Boston Marathon, and the attacks before it that falsely implicated Arab and Muslim-Americans as the culprits highlight that the race toward full-fledged Americanness is no sprint – but a marathon.