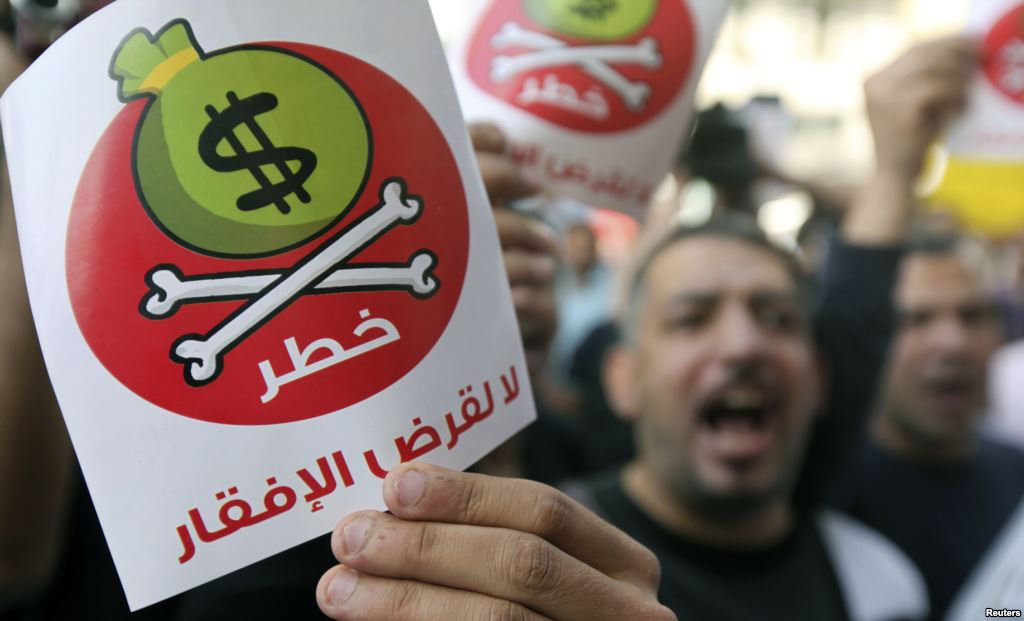 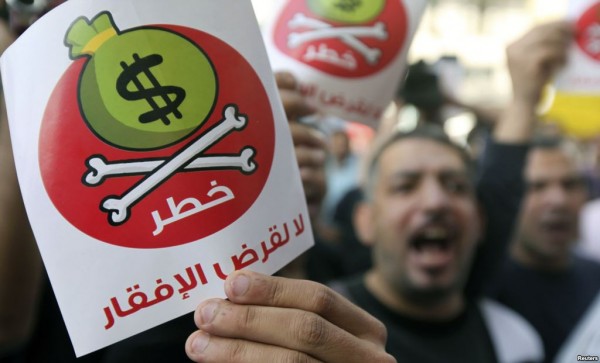 CAIRO — Officials from the International Monetary Fund are hammering out terms of a much-needed infusion of cash for Egypt’s weakening economy. But some Egyptians are worried about foreign influence over Egypt in its current, vulnerable state.

As Egypt’s economy falters, its government is trying to find relief anywhere it can. Officials say they are closer to securing a nearly $5 billion package from the International Monetary Fund, while recently announcing a $3 billion bond deal with Qatar.

As much as the foreign money is welcome, Egyptians worry about the lenders’ motives. Some see the IMF as too close to the interests of Egypt’s former government, and they view Qatar’s largess as prompted less by neighborly goodwill than by regional ambition.

Youssef said it is normal for lenders or aid donors to have conditions that allow them to exploit the country they are helping, either through political concessions or the economy. He added that is as true for the West as it is for Qatar and other Gulf nations.

But economists say Egypt has the potential to build itself up without selling itself out. It starts, they argue, with ending the stalemate in domestic politics that has put meaningful reform on hold.

Youssef said that to see the problem as something with only an economic solution will lead to failure. “What is needed,” he added, “is political harmony between the government and the opposition.”

One of the biggest sticking points in pushing through a reform program is the political fallout from austerity measures. Neither side appears to want to take the blame for cutting subsidies – a huge drain on the budget. In recent weeks, rising prices and shortages of diesel and cooking fuel have led to murderous rage. And historically, a boost in the cost of bread has led to riots across Egypt.

But economists say there are ways to close loopholes so that only the, far fewer, truly needy get help. Omneya Helmy, director of the Egyptian Center for Economic Studies, says while curtailing subsidies is important, it is only part of the answer.

“It is not only about removing subsidies or lowering subsidies, but it is also about if people are offered or helped to have a good job with a decent salary,” she said.”This would really alleviate the problem.”

So, too, she said, would the strategic use of aid from foreign countries to build Egypt’s domestic economy.

“When we get from the IMF the loan, or from other donors, I do not want to see it all going only to finance the budget, but also to other developmental projects that create jobs and improve the quality of life of Egyptians,” she said.

For all the concern about outside influence, the crumbling economy, and continuing political and security troubles, Helmy remains optimistic.

“We are in a critical situation.  But Egypt will not collapse. I am confident,” she said. “At the end of the day, Egyptians will make it.”

Hers may be a minority view based on a healthy dose of apolitical common sense. Other economists worry “the end of the day” is still a long way off.