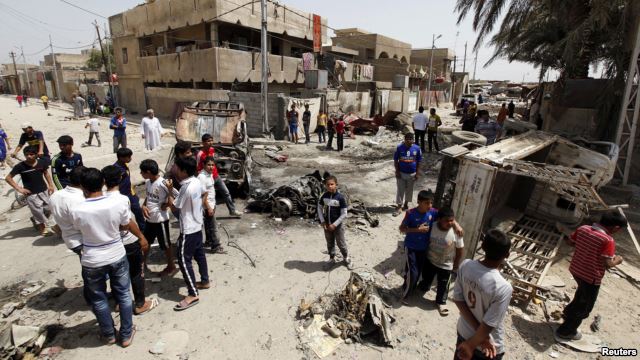 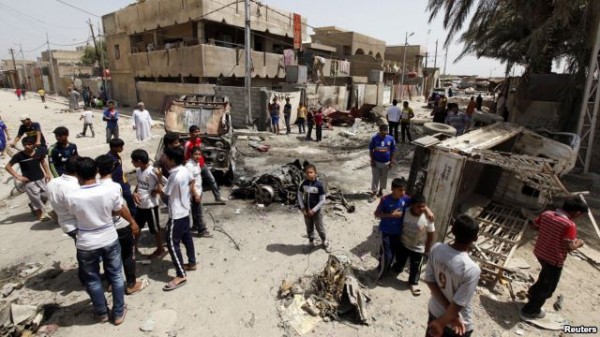 Iraqi officials said at least 31 people died Monday as bombs blew up in the capital and several other cities, leaving more than 200 people wounded.

There was no immediate claim of responsibility for the attacks, which come as Iraqis prepare to vote in provincial elections on Saturday.  The vote is the first in Iraq since U.S. troops withdrew from the country in December 2011.

The election has already been postponed by several months in Anbar and Ninevah provinces because of security threats.

Ali Hussein, an eye witness who saw some of Monday’s carnage in Baghdad, said, “So many explosions took place. Two car bombs exploded in the area of Riaasa and two others in Kamaliyah. What have those innocent people done to deserve this?”

In the town of Mussayab, northwest of Baghdad, witnesses were left with questions. One man said, “We were having breakfast when a car that was parked here, in front of the restaurant, exploded.” He said some people were injured and many houses were damaged.

“What are we guilty of? We are just trying to earn a living, we just want to get on with our lives,” he continued. “How long will we have to suffer? I don’t know.”

“This morning a car bomb exploded near the office of a real estate agency, killing and wounding a number of people, we don’t have the exact number of casualties yet,” he said. “Despite the security measures in place, the terrorists conduct this kind of action and kill innocent people.

Security remains a big concern for Iraqi officials. On Saturday, members of the police and army cast early ballots so they can provide security when the rest of the country heads to the polls.

There have been a growing number of recent protests by Iraq’s Sunni community against the Shi’ite-led government of Prime Minister Nouri al-Maliki.

Anti-government protests in the mostly Sunni regions of western Iraq are entering their fourth month. Sunni activists want Maliki to step down.

Middle East analyst Jim Phillips with the Heritage Foundation said the onus is on Maliki to lessen tensions.

“The Shi’ite dominated Maliki government has put a premium on a sectarian agenda at the expense of minorities Sunni and some of the Kurdish factions in the north,” he said. “And I think Prime Minister Maliki needs to reach out and bring non non-Shia political factions into his government in a more effective way.”

Sunni activists accuse the Shi’ite-led government of arbitrarily arresting Sunni opponents and holding them without charges.