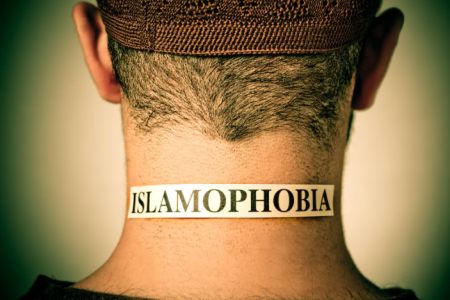 The Western press and social media often seem to exercise two options for dealing with the Muslim population of the world: overt, unabashed Islamophobia or slightly subtler Islamophobia.

As Georgetown University’s John L Esposito writes in the foreword to Nathan Lean’s The Islamophobia Industry: How the Right Manufactures Fear of Muslims, 9/11 and other terror attacks “have exacerbated the growth of Islamophobia exponentially” and resulted in a situation in which “Islam and the Middle East often dominate the negative headlines”, thanks in part to the calculated machinations of “a number of journalists and scholars”.

Needless to say, the aftermath of 9/11 did not yield much thoughtful consideration on the part of the mainstream punditry as to the context for such events. According to one prominent narrative, 9/11 was simply evidence of an inherent and unfounded Muslim hatred of the West.

A notable exception was veteran British journalist Robert Fisk. In an article published in The Nation immediately following the attacks, Fisk issued the following prescient warning:

“[T]his is not really the war of democracy versus terror that the world will be asked to believe in the coming days. It is also about US missiles smashing into Palestinian homes and US helicopters firing missiles into a Lebanese ambulance in 1996 and American shells crashing into a village called Qana and about a Lebanese militia – paid and uniformed by America’s Israeli ally – hacking and raping and murdering their way through refugee camps.”

The sale of the “war on terror”, Fisk stressed, depended on the obscuration of all details regarding past and continuing devastation of Arab lands and lives – including US State Department-applauded sanctions that eliminated half a million children in Iraq – “lest they provide the smallest fractional reason for the mass savagery on September 11”.

Outlets such as Fox News took advantage of the opportunity to impute mass savagery to select Arab populations via de-contextualised post-9/11 headlines like, “Arafat Horrified by Attacks, but Thousands of Palestinians Celebrate; Rest of World Outraged”.

The demonisation of Muslims by certified sociopaths such as Pamela Geller comes, of course, as no surprise. However, the subtler dissemination of similar sentiments in Western mainstream discourse underscores the fundamental utility of the sociopathic sector in making institutionalised prejudice appear more rationally benign.

For example, according to Dr Nafeez Mosaddeq Ahmed, executive director of the Institute for Policy Research and Development in the UK:

“[a] study commissioned by the Greater London Authority of 352 articles over a randomly selected one week period in 2007, found that 91 percent of articles about Muslims were ‘negative’.”

As it turns out, a little journalistic trick called “the invention of information” may come in handy in the proliferation of negativity. A 2008 article by Peter Osborne in the British Independent – titled “The shameful Islamophobia at the heart of Britain’s press” – catalogues some of the news industry’s more egregious deviations from the truth, such as a front-page story in The Sunannouncing that a “Muslim hate mob” had vandalised a home and left a “Fuck off” message in the driveway.

As Osborne notes, The Sun quoted MP Philip Davies’ opinion that “[i]f there’s anybody who should fuck off, it’s the Muslims who are doing this kind of thing”. Osborne adds:

“But there was one very big problem with The Sun story. There was no Muslim involvement of any kind.”

Other instances of scaremongering discrimination and deceit cited in the Independent report include:

1. A front-page newspaper headline implying that “Muslim Sickos” were to blame for the disappearance of a young girl. The corresponding text reportedly revealed that the so-called “Muslim Sickos” merely suggested on the internet that the girl’s parents were involved in her kidnapping.

2. A Daily Express article “claim[ing] that NatWest and Halifax had removed images of piggy banks from their promotional material in an effort to avoid offending Muslim customers”.

3. A story about a Muslim bus driver commanding passengers to disembark at prayer time.

John L Esposito highlights some of the disconcerting repercussions of pervasive Islamophobic rhetoric in the US in his foreword to The Islamophobia Industry. According to a 2006 USA Today-Gallup Poll of non-Muslim Americans, Esposito writes:

It’s not enormously difficult to see how such a climate would spawn record levels of anti-Muslim violence in the country.

The de facto criminalisation of certain types of facial hair and other signifiers of Islamic piety is meanwhile aided and abetted by certain journalistic manoeuvers such as references to “bearded savages” and the like in the mainstream press.

“Think of the Persian Gulf and what do you see? Gulf war soldiers, burning oil, bearded fanatics, polluted seas and flat, bleak desert.”

Luckily for the author-vacationer, Judith Miller, “exotic” Oman defies stereotypes and proves itself to be an “exquisitely civilised country”. As for less fortunate Persian Gulf locales, the same Miller subsequently expanded her talents from providing the Times‘ readership with detailed descriptions of the turtle egg-laying process on the Omani coast to falsified reports of an Iraqi WMD programme.

In the end, media characterisations of Muslims kill two birds with one stone, justifying oppression at home and imperial devastation abroad.

Belen Fernandez is the author of The Imperial Messenger: Thomas Friedman at Work, released by Verso in 2011. She is a member of the Jacobin Magazine editorial board, and her articles have appeared in the London Review of Books blog, The Baffler, Al Akhbar English and many other publications.