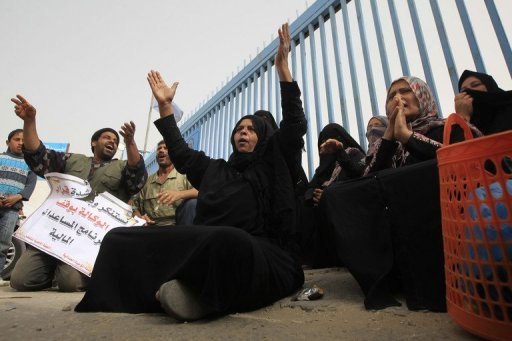 The main UN humanitarian agency for Palestinians said it was suspending operations in the Gaza Strip after demonstrators angered by aid cutbacks stormed its headquarters.

Some 800,000 Palestinians, two-thirds of Gaza’s population, depend on the United Nations Relief and Works Agency (UNRWA) and the shuttering, announced on Thursday, could exacerbate hardship caused by Israeli and Egyptian controls on the isolated enclave’s borders.

The distributions cutoff will affect up to 25,000 refugees every day, the agency said.

Last week, Robert Turner, head of the agency’s Gaza operations said: “What happened today was completely unacceptable. The situation could very easily have resulted in serious injuries to UNRWA staff and to the demonstrators. This escalation, apparently pre-planned, was unwarranted and unprecedented.”

Citing budget shortfalls, UNRWA said it had suspended some of its cash handouts and that this provoked violent protests this week, culminating in Thursday’s breach of its Gaza headquarters.

Dozens of protesters were removed by UN security when they tried to break into a building, staff told AFP.

“The people have the right to protest on the cuts in the UNRWA but at the same time we condemn any violence against UNRWA. When the administration of the UNRWA asked the Palestinian security to intervene, they arrived and stopped the chaos,” he said.

“We are asking UNRWA to rethink their decision and we would like assure the importance of the continuity of UNRWA role in helping Palestinian refugees,” he added.

“All relief and distribution centers will consequently remain closed until guarantees are given by all relevant groups that UNRWA operations can continue unhindered,” Turner said in a statement.

Despite the trimming of cash disbursements, UNRWA’s food distribution in Gaza “will continue unchanged”, Turner promised.